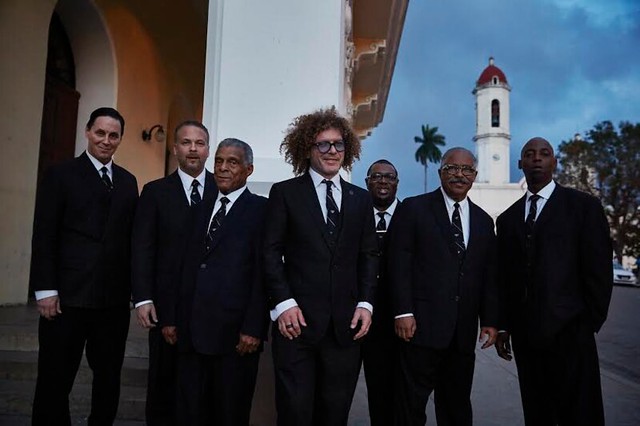 Lots of great music is coming to town this weekend to celebrate the opening of the National Museum of African American History and Culture (NMAAHC)!

Now, join Ben Jaffe, the son of the founders of Preservation Hall, and the band at the Lincoln Theatre on Friday, Sept. 23 for a jazzy cool show, as they protect, preserve, and perpetuate traditional New Orleans Jazz.

Listen to Preservation Hall Jazz Band, including tracks such as “Keep On” featuring Clint Maedgen and John Oates, on Soundcloud:

But wait, the band also step outside traditional jazz on occasion. Recently, the Preservation Hall Jazz Band recorded an album of original material, That’s It, for the first time ever. And on that album, the band mixes genres a bit on selections like the drum and tuba-driven “The Darker It Gets,” sax and trumpet number “August Nights,” and the Caribbean pop song “I Think I Love You.”

“My parents were never preservationists in any strict sense,” Ben said in a press release. “They simply presented the music the way the old jazzmen wanted to play it. This is the music we want to play today. We’ll continue to do the old standards, along with new material that allows us to be creative and relevant. With this album, I wanted to do something that would challenge us and make us proud.”