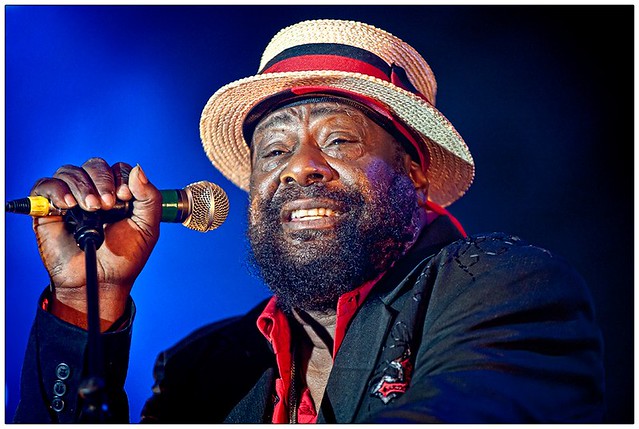 George Clinton and Parliament Funkadelic (P-Funk) brought the house down on Saturday at DC’s 9:30 Club!

The audience embraced the spirit of the band as they awaited the show, dancing to the music that was playing in the venue. This was something new to me. I have never seen so many people enjoying the music played before a set. It was clear the mood of the night was set as soon as people walked through the doors.

P-Funk came out playing songs I was not familiar with, but I imagine it was new music. Little by little, they worked their way into the show, playing some classics such as “Flashlight” and “One Nation Under a Groove”.

George himself was on stage performing his normal theatrics while the rest of P-Funk rocked out. He is basically the conductor of the group. It’s amazing to me that he continues to perform and tour at the age of 75!

It would take pages of writing to go into the history of this group and all the different members, etc. Ultimately, George is pretty much the last of the original members of Parliament Funkadelic. (The two bands were actually separate with George Clinton being involved with both. They eventually became one group known as Parliament Funkadelic, or P-Funk). There are some ties still to the original members, however. Garrett Shider, the son of the late Gary Shider, aka “Diaper Man,” now plays with the band. If you’re wondering about the nickname, it’s pretty simple. Shider wore a diaper and nothing else on stage when performing.

P-Funk closed the night with two all-time favorites, the two songs for which they are probably best known: “Atomic Dog” and “Give up the Funk.”

If you aren’t sure that you know the songs, take a listen and I am sure you will.

It’s well worth nothing that George was in town in part to attend the grand opening of the National Museum of African American History and Culture (NMAAHC), which now hosts the P-Funk Mothership, an alien spacecraft stage prop used in many P-Funk stadium concerts. Visit the NMAAHC yourself to see the Mothership!

All in all, this was a terrific show. The sound quality/acoustics left something to be desired, but I think that has more to do with the venue than the band. There is a rumor that George is retiring, but I could not find any other information on it. Regardless, he is not going to be doing this forever. Do yourself a favor — keep any eye out for these guys (and gals). If you have a chance to see them, it will be a show to remember, I guarantee that. 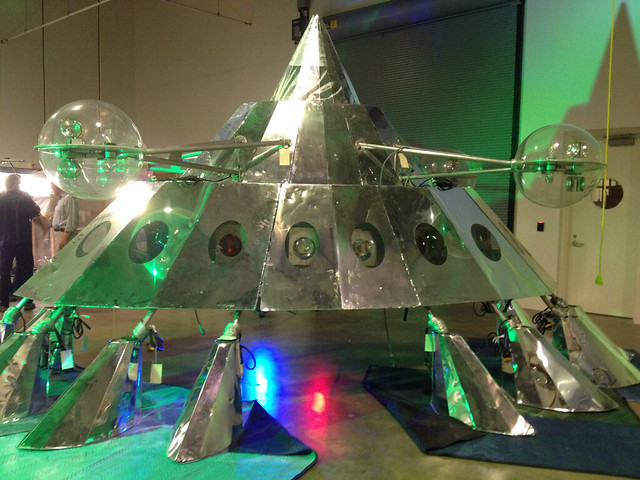