Here they come to save the day! Sophie Hawley-Weld of Sofi Tukker has the world in her hand at All Things Go Fall Classic on Oct. 8, 2016. (Photo by Mickey McCarter)

Last week, I ruminated on how things seemed to be going swimmingly for the All Things Go Fall Classic, held in DC on Saturday: Hurricane Matthew wasn’t going to approach DC, Passion Pit had not canceled, top act Empire of the Sun released exciting new music.

Then, Saturday came with consistent and gloomy rain despite no hurricane, turning all of Yards Park into a giant mudpit. Everything got splashed with mud, and the Fall Classic was turning into a Tough Mudder for the dancehall set, whether you liked it or not.

Apparently, the rain forced the cancelation of one headline act — Christine and the Queens. No official explanation was given, but when the 4pm start time for Héloïse Letissier and her troop rolled around, All Things Go put up a sign on the big screen in the rear of the stage to announce that the band “declined to perform.” Scuttlebutt around the show was that Christine and the Queens felt their heavily choreographed act would not work on the wet stage, and in fact could prove a hazard to the performers.

Initially left with nothing to fill the time, house duo Sofi Tukker reappeared on stage and led the audience through a convivial rave that embraced the rain, mud, and scheduling problems in favor of an impromptu DJ set, dancing, and crowd surfing. The young New Yorkers have released only one EP this year, Soft Animals, and they are best known for the Portuguese-language “Drinkee” from that album, a surprisingly rhythmic four-song record.

Well, they also can now be known for knowing how to throw a party on the spot. They were a hit — and if the All Things Go Fall Classic can be said to have MVPs, Sophie Hawley-Weld and Tucker Halpern surely get the nod.

Here are some pictures of Sofi Tukker performing unexpectedly during their second set at the All Things Go Fall Classic. 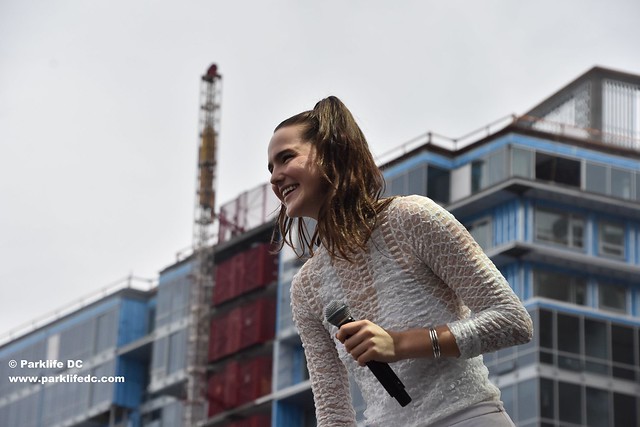 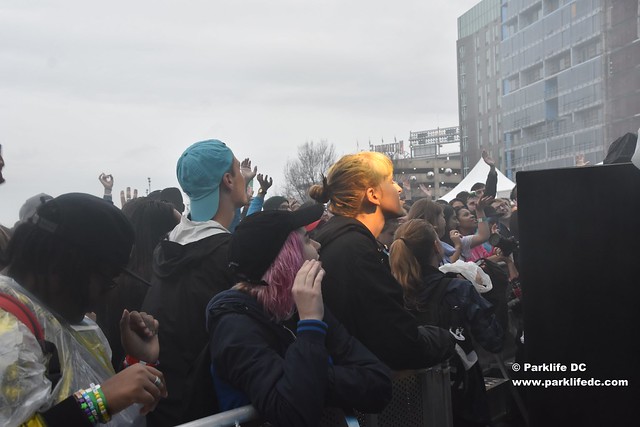 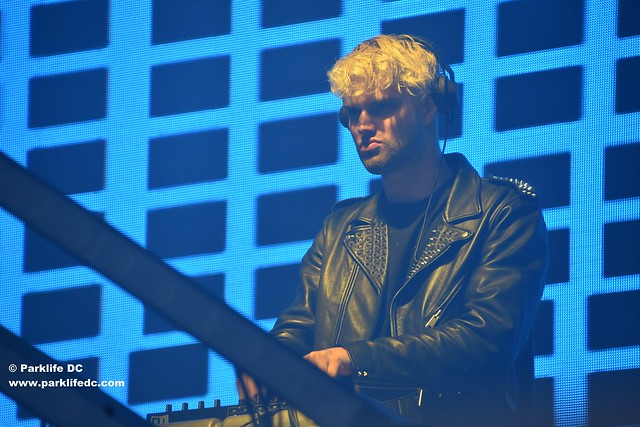 A very large audience gathered for Bishop, and swayed and cheered along to her singles, such as “River,” a bluesy electronic number that showcases Bishop’s smoky voice. In live performance, she strutted and pouted along the stage for a crowd that absolutely loved her.

Other songs by Bishop Briggs carried a similar bluesy melancholy — songs like “Wild Horses,” a song that underscores her trip hop leanings with its focus on her powerful voice. In “Wild Horses,” she seems to be singing of escaping her problems, and the music swells forward after each refrain in an attempt to “catch” her but her lyrical wordplay stampedes lightly ahead.

Here are some pictures of Bishop Briggs performing at the All Things Go Fall Classic. 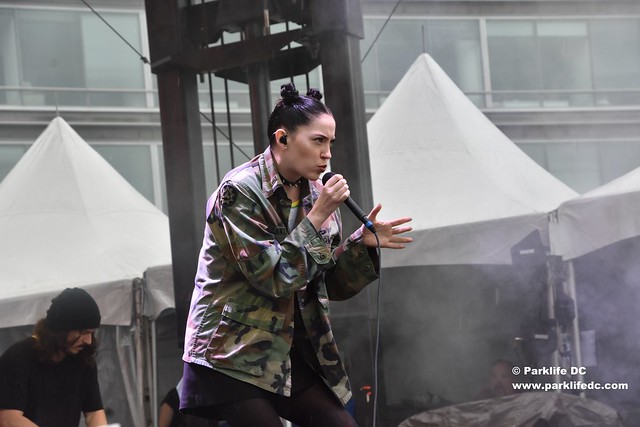 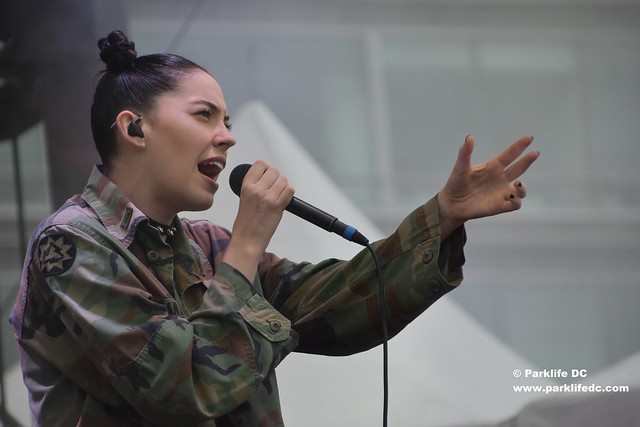 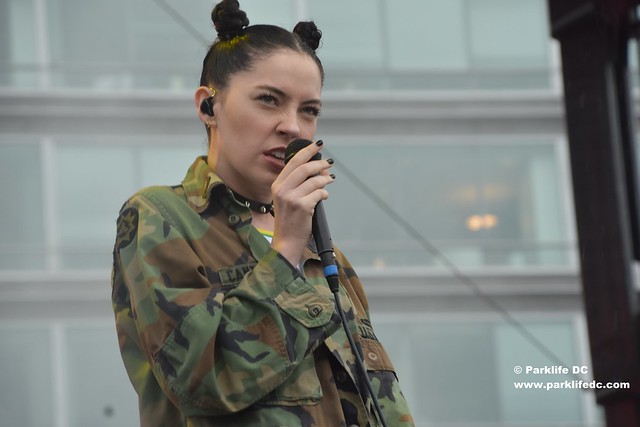 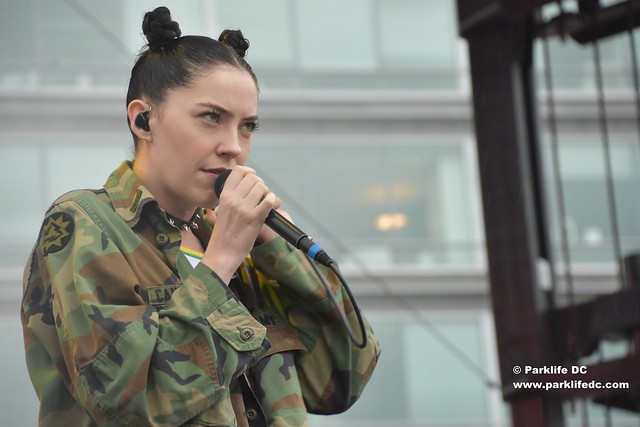 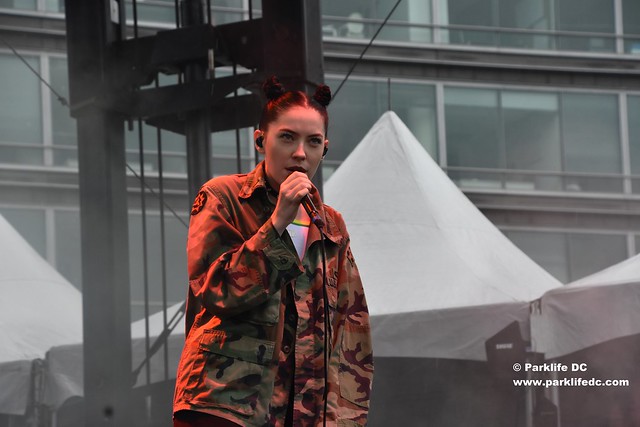 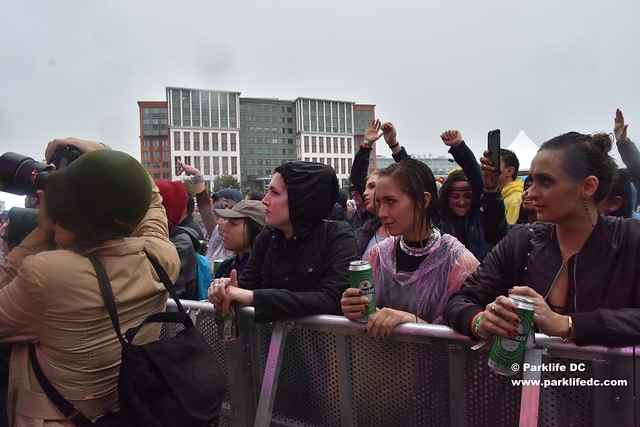 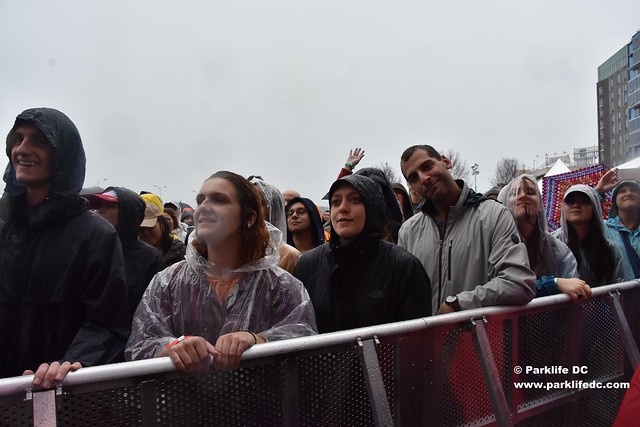 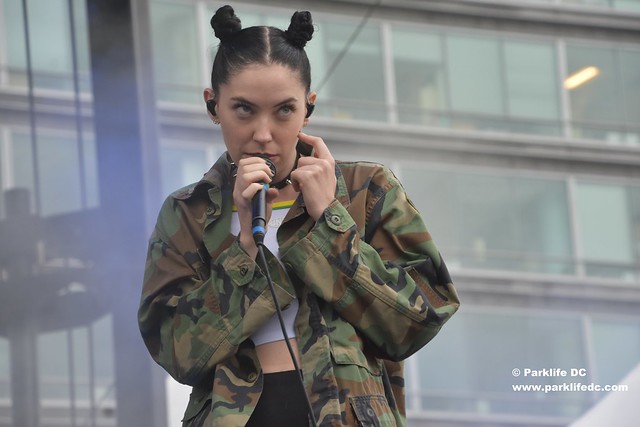 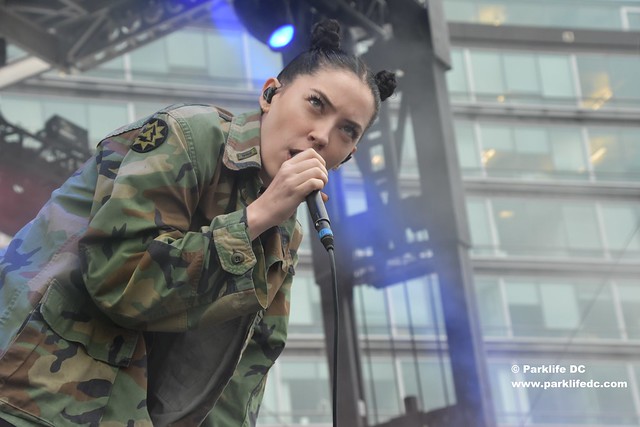 After the second set by Sofi Tukker, Sylvan Esso took to the stage. The duo from Durham, North Carolina, are proven favorites in DC, and Nick Sanborn gave a shout-out to everyone who has seen them at DC9 and 9:30 Club.

Nick and vocalist Amelia Meath deliver a set of uniquely positioned Southern folk layered over electronica. They have one album under their belt, 2014’s positively received self-titled debut, but they are poised to release their sophomore album in 2017.

In September, Sylvan Esso released a new song “Radio,” which they plan to issue as a 12-inch vinyl with live fan-favorite song “Kick Jump Twist” on Nov. 18 via Loma Vista Recordings.

“Radio” is a pleasant, bubbling electronic song that effortlessly melds melodic bleeps from Nick with Amelia’s crisp twang. It’s fun and carefree while at the same time feeling comfortably familiar despite the unique contributions of the talented musicians behind it.

In addition to well-regarded selections like “Coffee,” “H.S.K.T.,” and “Play It Right,” Sylvan Esso have been performing new songs like “Die Young” and “Glow,” which we will presumably see on the new full-length album.

Here are some pictures of Sylvan Esso performing at the All Things Go Fall Classic. 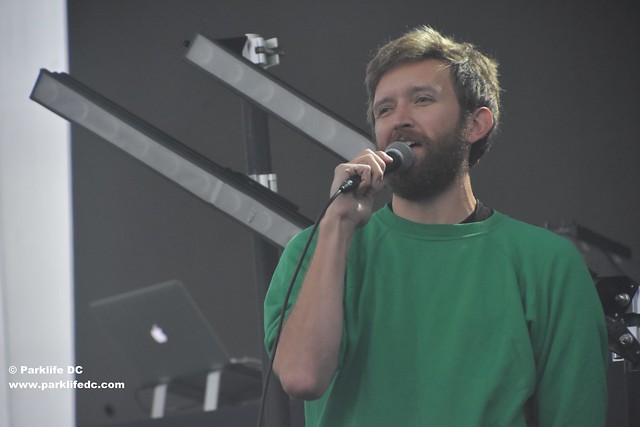 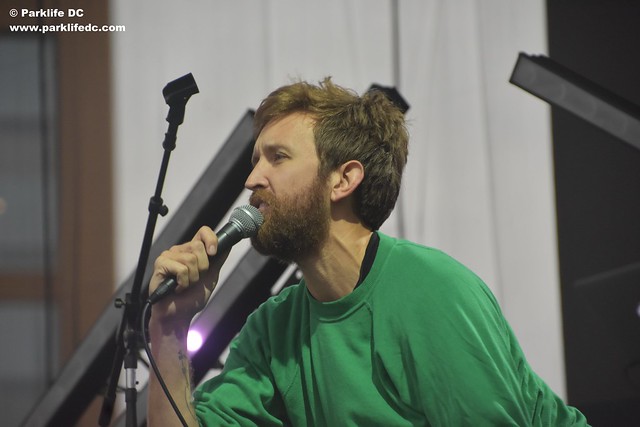 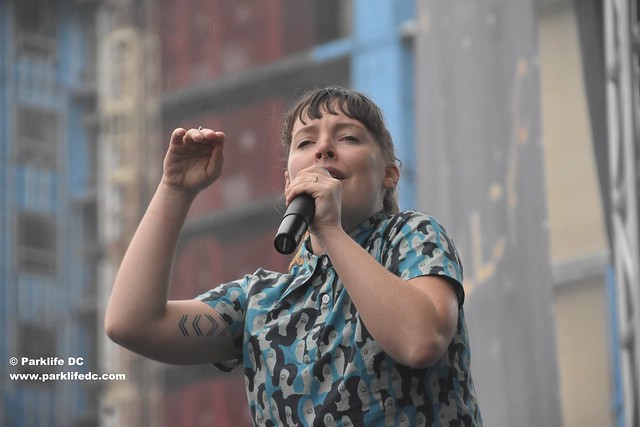 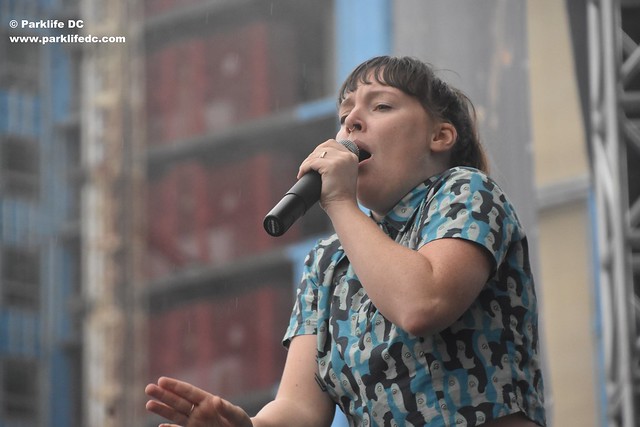 By the time Sylvan Esso wrapped up their set, the skies mostly cleared of rain, and crowds appeared in force at the All Things Go Fall Classic. According to reports, Passion Pit and Empire of the Sun concluded the festival without a hitch.

Here are some more pictures of scenes around Yards Park during the All Things Go Fall Classic. 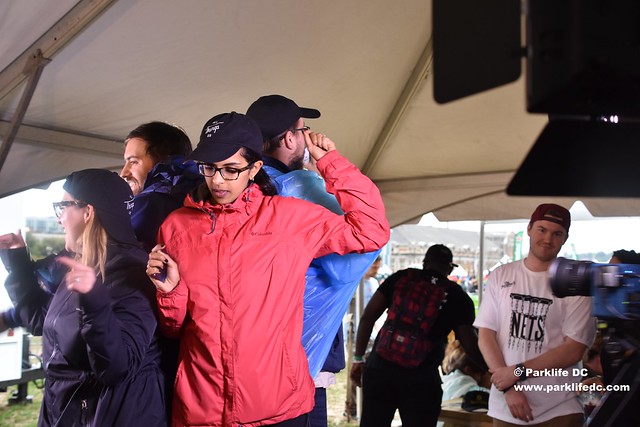 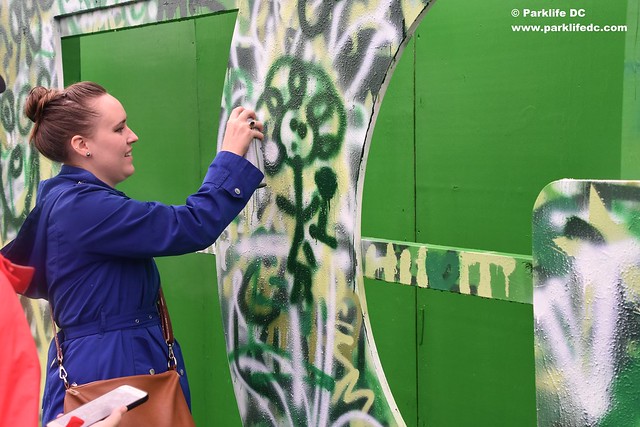 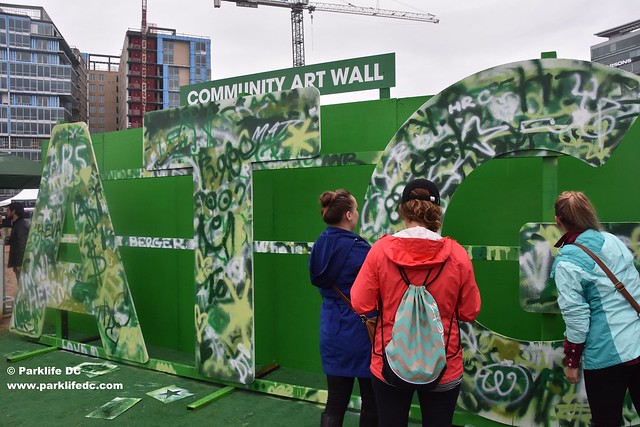 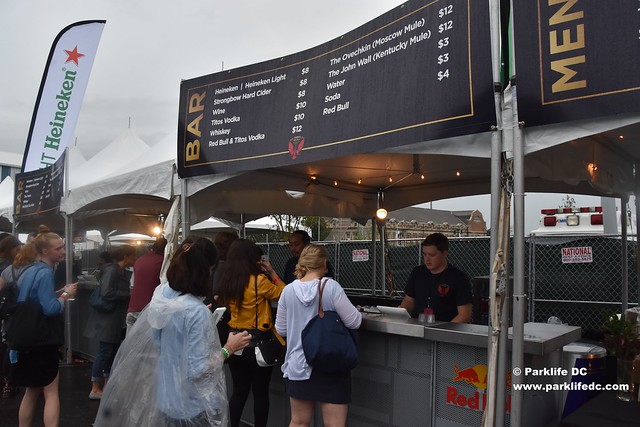 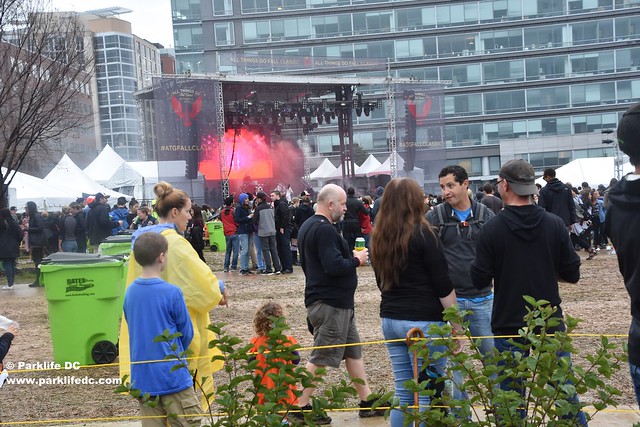