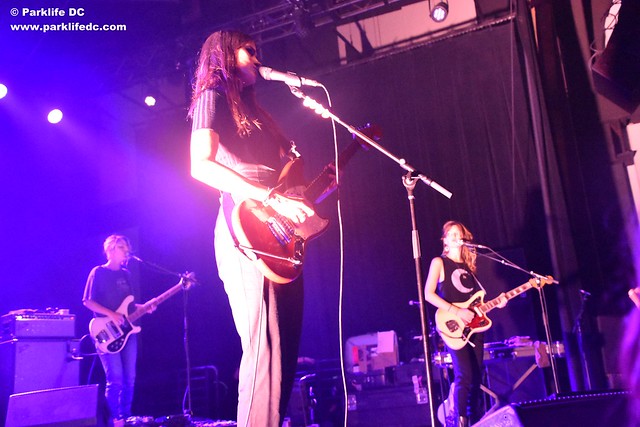 Warpaint own a unique sound, delicately balanced on the guitars of co-vocalists Emily Kokal and Theresa Wayman. We often call them dreampop, but in concert they eschewed synthesizers for a more rock-n-roll sound. 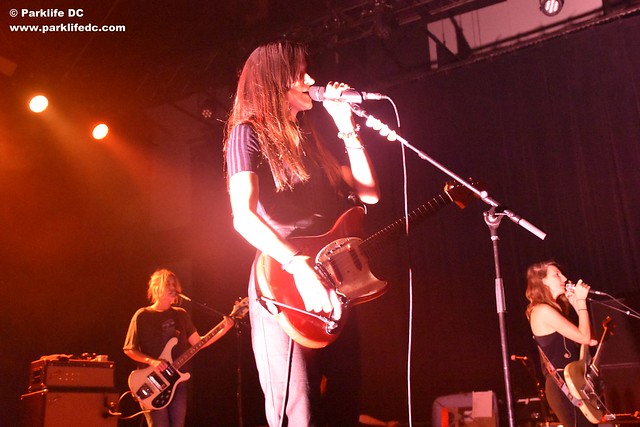 In the middle of the set, Warpaint perform “Whiteout” with Theresa on lead vocals, and the song perfectly captures the band’s tribal, psychedelic character, which is fully explored on Heads Up, released last month via Rough Trade.

Many Warpaint songs owe a debt of gratitude to the band’s stellar rhythm section. Jenny Lee Lindberg plays bass from her hip, eternally swaying hypnotically in the depth of her groove, while drummer Stella Mozgawa achieves a flow that sees her drumsticks pace evenly across skins and cymbals with remarkable consistency.

Watch it all come together as Warpaint perform “Whiteout” for WFUV Public Radio on August 4, 2016, on YouTube:

Theresa also takes lead vocals on “New Song,” the first single from the new album, which has a bit more of an R&B groove but remains very much within Warpaint’s toolkit. “New Song” has quite a bit of snap to it but Emily and Theresa’s psychedelic sensibilities permeate the song through their guitars.

Let’s not forget to point out that two lead vocalists is one of the strengths of Warpaint. Emily takes lead vocals on the powerful “Love Is to Die,” the breakout tune from Warpaint’s second self-titled album. Her lush, dreamy voice brings depth and dimension to songs that gently wash over the audience. “Love Is to Die” is heartbreakingly breathtaking as a listen, and the band achieve a rare feat in bringing the audience inside the song in live performance. The four women take to their instruments as a unit, each synchronized on stage both melodically and physically, as they unpack the song.

And this brings me to another intriguing aspect of Warpaint. The band presents sensual songs with laidback appeal. I hope to make some sense here without sounding too much like an idiot, but Warpaint are sexy. They achieve this sexiness in embracing the sensuality of their songs and getting lost in the rhythm of their performance. They aren’t compelled to follow a typical pop starlet route for knocking us over the head with their sexuality. Instead, it’s subdued but powerfully present throughout their set.

Warpaint close their encore with “Krimson” from their debut EP Exquisite Corpse. The song is a good closer as it has a bit of urgency not necessarily found in some of their more recent songs. In Philadelphia, the audience yelps in happy response to the spare opening chords of the song and then proceed to dance hard to the very end.

Warpaint close their US tour tonight in Los Angeles and then hop to Europe. The ladies have really come together in a way that would convince you they have a psychic bond, each filling in a key part but contributing to a greater whole in a way that is thoroughly satisfying. To catch a live Warpaint show is truly to extend your understanding and appreciation of their music, so I highly recommend catching them at your next opportunity to do so.

Here are some rather amateur pictures I took of Warpaint at Philadelphia’s Union Transfer on Sunday, Oct. 9, 2016. You can find some better pictures on our blog from their show at the 9:30 Club on Oct. 4. 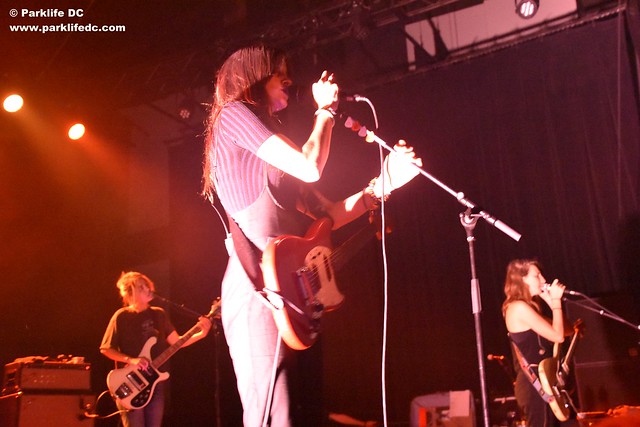 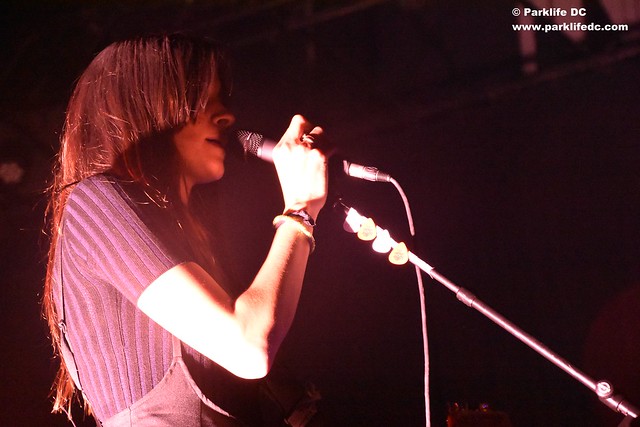 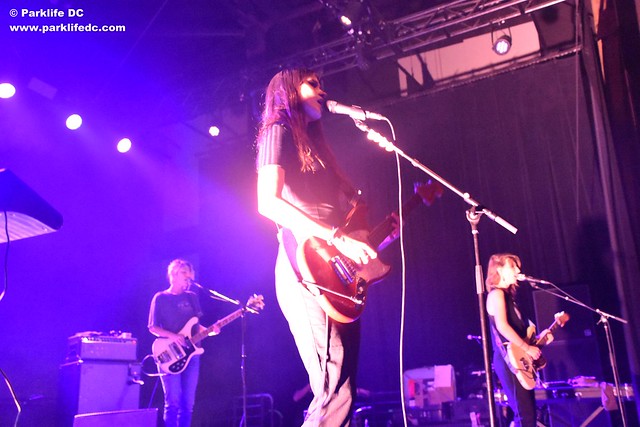 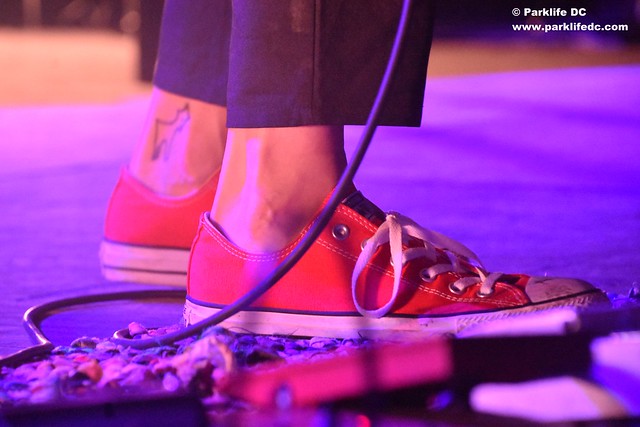 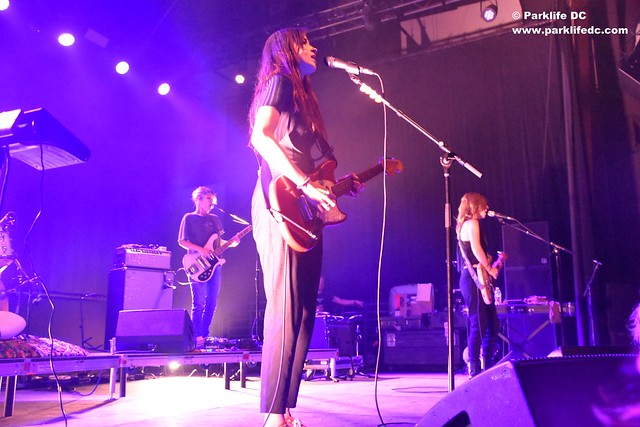 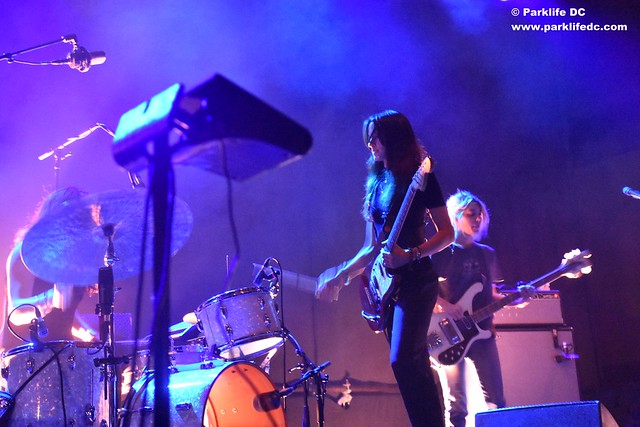 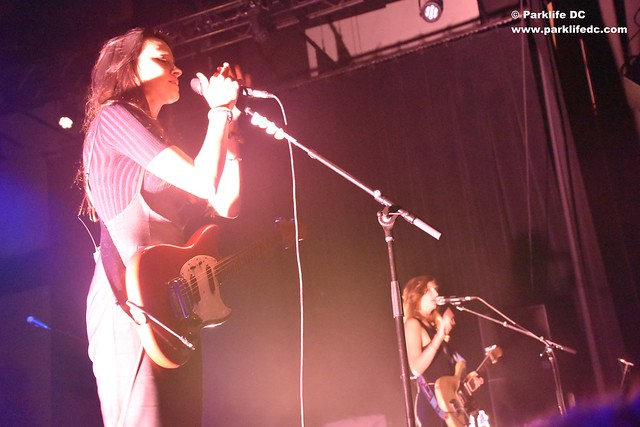 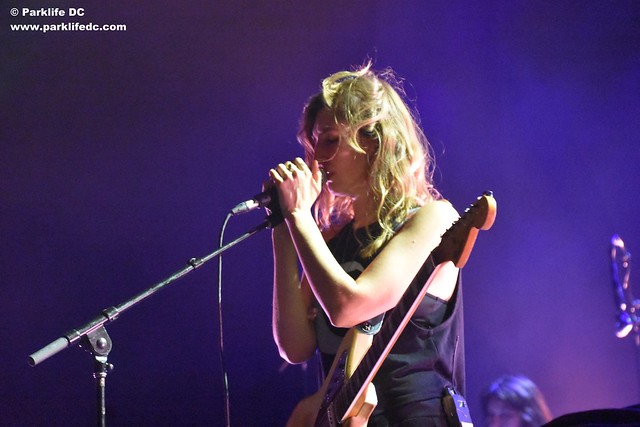