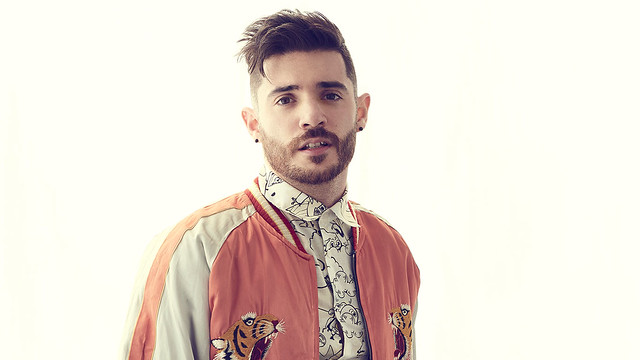 Jon Bellion co-wrote and produced “Trumpets” for Jason Derulo. He also co-wrote the 10x-Platinum hit “The Monster” for Eminem and Rihanna. Beyond that, he contributed vocals to Zedd’s “Beautiful Now” and B.o.B’s “Violence.”

Clearly, the gent has talent, so it was only a matter of time before he released his own album, which he did in June with his debut full-length record, The Human Condition, published on Capitol Records. He’s touring in support of that album with a stop at The Fillmore Silver Spring tonight, Nov. 21. The album reached #5 on the US Billboard 200, and its lead single “All Time Low” hit #16 on the US Mainstream Top 40 at Billboard as well.

Watch the official music video for “All Time Low” by Jon Bellion on YouTube:

Of the song, Jon told Mike Wass at Idolator:

“It’s an illustration of what it feels like to be three days into a break up — the really heavy, emotional, ‘I don’t even know if I want to continue living at this point.’ I’m just being majorly honest and letting you know how horrible everything’s been since you left. I don’t think it’s a specific situation but I want it to be broad so everyone can relate to that. I think everybody’s been in that situation at least once in their life. Your first love… when that ends that’s a devastating thing to feel.”

The show is sold out but resale tickets might be available through Live Nation.