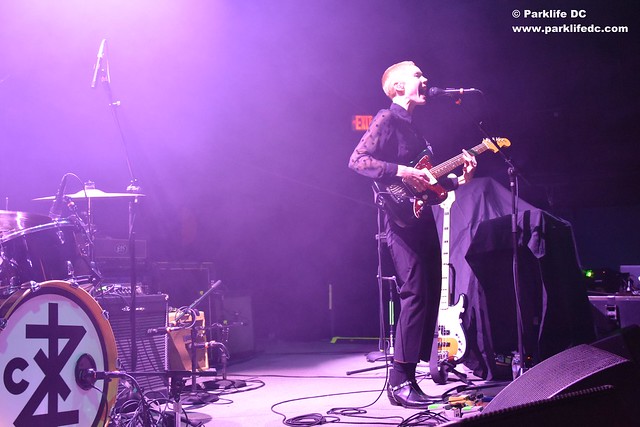 Recently formed, the band released their debut song, the hook heavy “Going the Distance” in June 2016 and are working on their debut album (Release Date TBD) with producer James Iha (of Smashing Pumpkins fame). The song is upbeat and just try not to dance to it.

The band is Lissy Trullie (lead singer) who, as someone pointed out, was rocking Elle’s (Eleven) from Stranger Things look; Mason James (guitar) who may have been channeling Kurt Cobain’s look, considering he was also a punk-rocker from his previous band Cerebal Ballzy; and Damar Davis (drums) who I was unable to make any insightful observations about from my vantage point stage left, with the drum set blocked by speakers.

“Going the Distance” and “Small Town” are the only songs currently available from them, but we hope that changes quickly. The latter song sounds like a classic new wave track, one that you think you might recognize, before realizing it’s completely new.

Laser images of their cool Zipper Club logo pulsed and spun in the background, while they executed eight songs to precision for the eager crowd, most there in anticipation of The Sounds’ main set, and after My Jerusalem started the evening. (Read our Parklife DC review of the performance by The Sounds.)

“Paralysed” saw Lissy grab a guitar and along with Mason they pulverized us with riffs that “can’t stop, won’t stop”. They later had a back and forth interplay on the guitars and the vocals for the catchy “Breath” where they claimed they wanted to take our breath away (okay, maybe not us per se).

They ended their set with “Regrets” and as the song came to a close they sped up and went full steam ahead on all the instruments, giving Damar a showcase to really go for broke on the drums.

Lissy’s hometown is DC, and she let on that “I used to come here (the 9:30 Club) when I was definitely under age.” (Considering the venue is usually all ages, let’s assume her point is simply she started coming to shows when she was very young!)

I didn’t notice anyone that was too, too young dancing and enjoying themselves during this show. If you weren’t at the 9:30 Club for their first show in DC on their first tour, you missed out. Be alert for their debut album and devote yourself to getting tickets when they return. 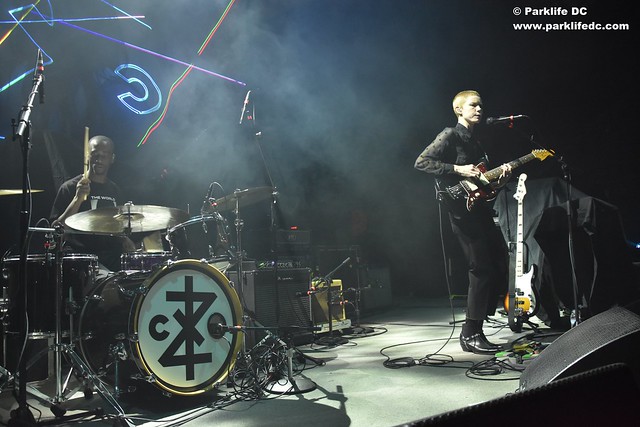 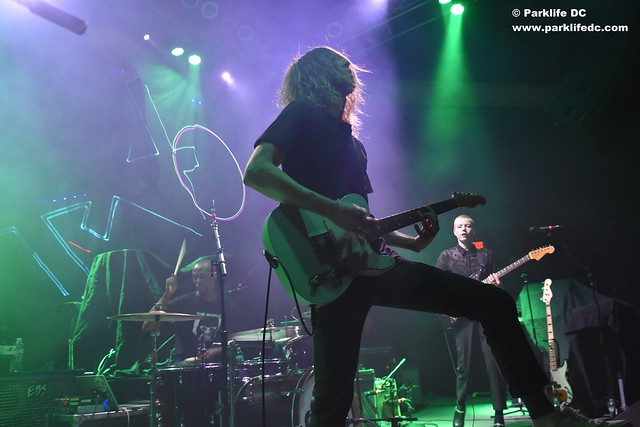