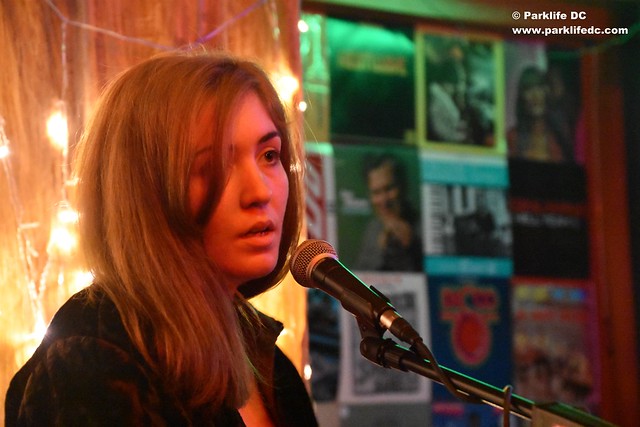 Jules Hale seems to sing of a sort of spiritual liberation in her song “For Free” by Den-Mate. Delivering a hazy vocal over a steady beat, she weathers emotional attacks as if they were physical missiles in the song with a metaphorical shrug.

In concert on Wednesday at Songbyrd Music House, Jules opened for Laura Burhenn of The Mynabirds, delivering seven mesmerizing songs in a deliberate state of dreampop. (Read our Parklife DC review of Laura Burhenn’s concert.) Affixed to the center of stage, Jules played a keyboard while beating a drum and singing, an impressive display of efficiency that may have discouraged some impulses to dance during the show (as she has expressively done in the past).

Jules follows up “For Free” with “Clean,” another psychedelic burner from her self-titled Den-Mate debut album. DC outfit Babe City Records reissued that album early this year, and you can hear it and buy it on Bandcamp.

Listen to the self-titled debut album by Den-Mate on Bandcamp:

Den-Mate’s show on Wednesday was contemplative and arresting. Although the demands of playing several instruments at once kept Jules in one spot, she had personal magnetism and charisma to spare. She sang deliberately, weaving a melodic tapestry that draped lightly around us. In so doing, Jules invited the audience in the comfortably cluttered room into her music gently, and everyone there was suitably transfixed within the first few songs.

Joined by a bassist and a guitarist in Den-Mate, Jules wraps up the set solo with a new song “Still Life” with a guitar in hand herself, promising more new material and an apparent release in 2017.

Den-Mate does not have any more dates scheduled at the moment, but Jules performs on a regular basis at venues like the Black Cat, DC9, and Songbyrd. Hell, the first time I ever saw her perform, she jumped onto a bill at the last minute to join Barcelona punks Mourn at DC9 in July 2015, so she’s surely ready to put on a show with short notice! Do yourself a favor and catch her next time she’s at an indie rock club near you.

Here are some pictures of Den-Mate performing at Songbyrd Music House on Wednesday, Dec. 14, 2016. 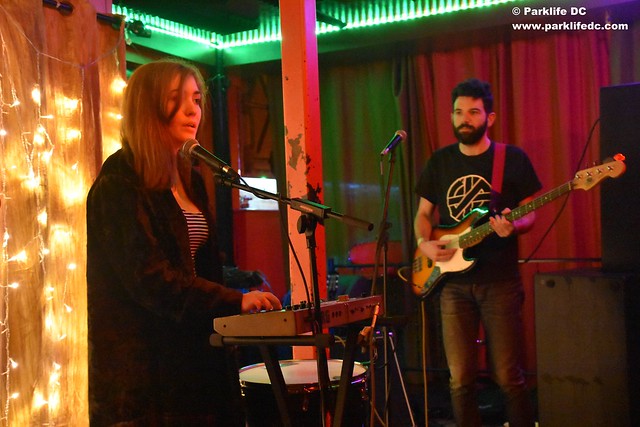 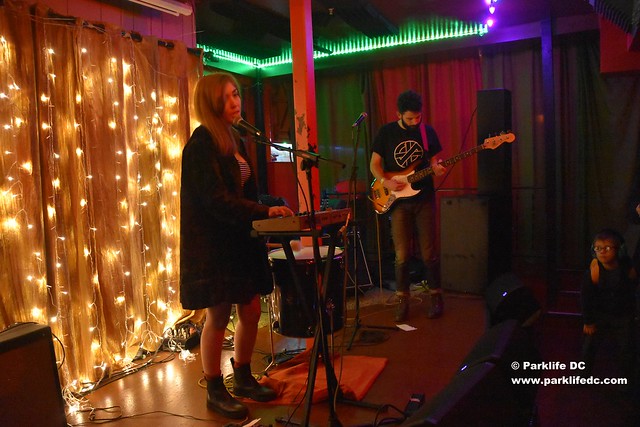 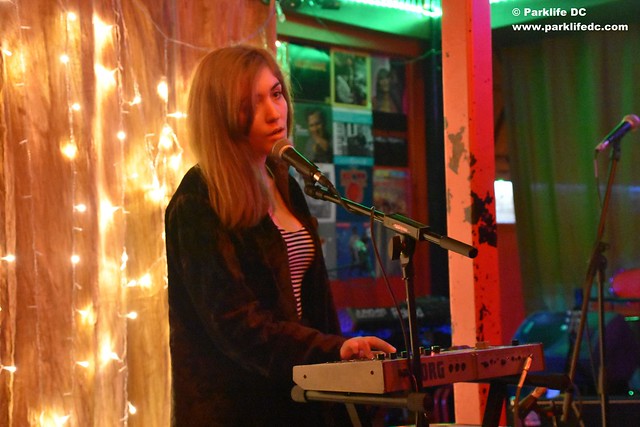 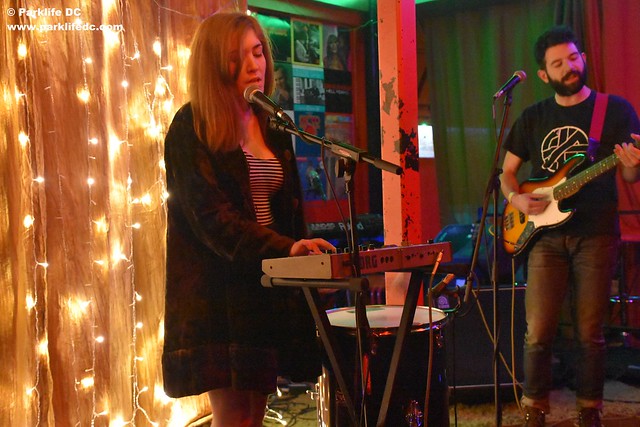 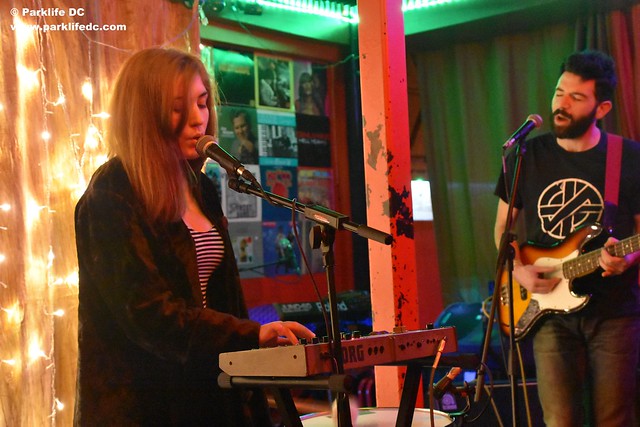 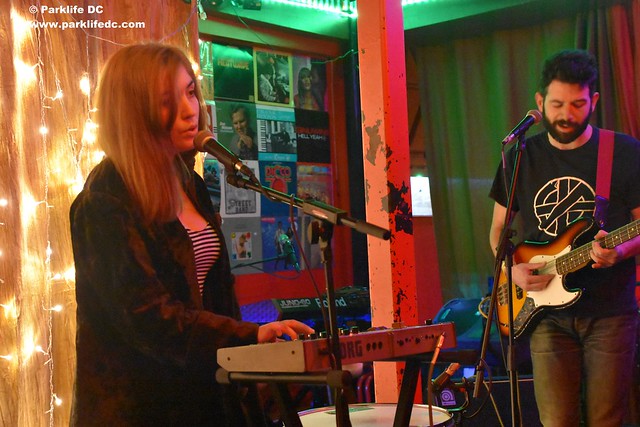 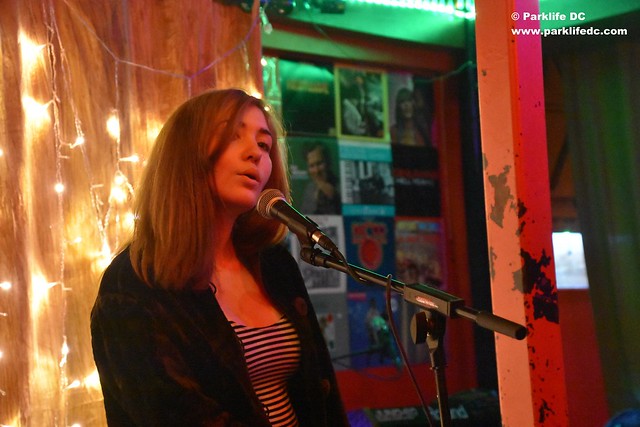 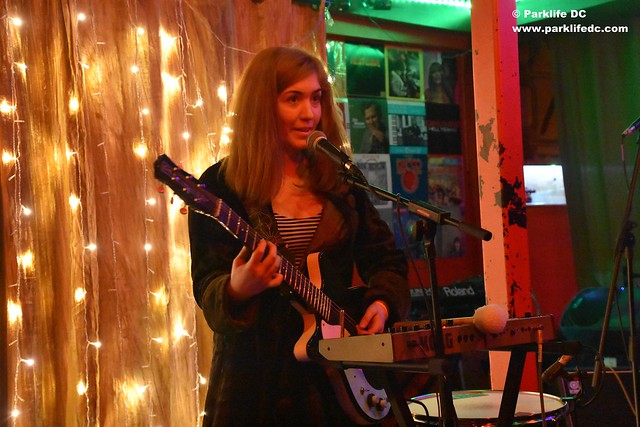