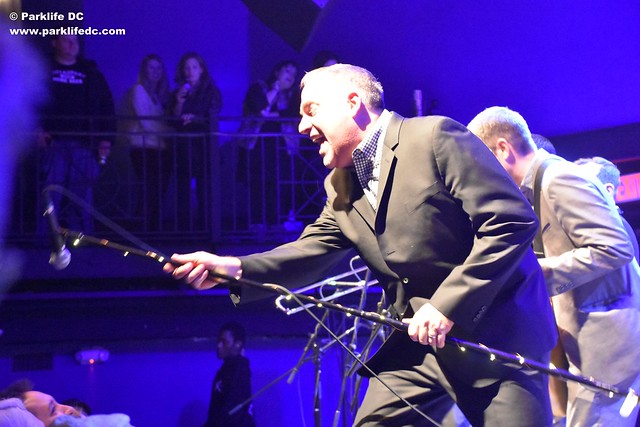 Steve Jackson of The Pietasters keeps the party going at the 9:30 Club on Friday, Dec. 23.

Christmas came early for the rude boys and girls of DC as The Pietasters, our city’s terrific #1 ska band, took to the 9:30 Club for a holiday show that proved a jubilant celebration of the storied band’s catalog.

Chief Pietaster Steve Jackson and his motley crew were in fine shape indeed for a stomping singalong of their tunes, along with a few favorite cover songs. The Pietasters shared a full house that wasn’t afraid to mosh with a busy bill that included Loving Paupers, Hub City Stompers, and Mephiskapheles -– with the support bands occasionally leaping into The Pietasters’ set to lend their voices to the chorus. 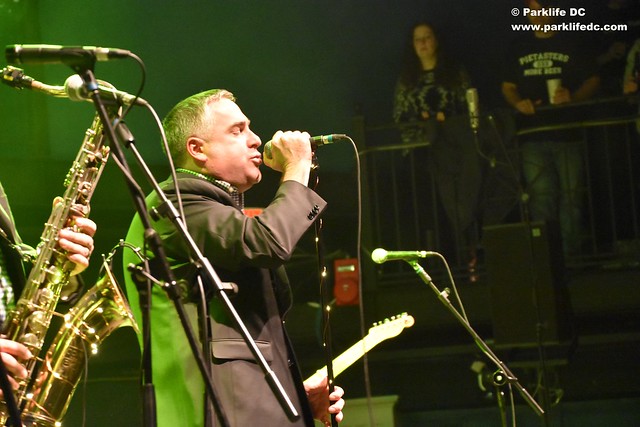 In addition to Steve, the big band of The Pietasters included two saxophones, trombone, trumpet, keyboards, drums, bass, and two guitars. Everyone was really on the money, but The Pietasters horn section stole the show more often than not with trombonist Jeremy Roberts and trumpeter Carlos Linares making things appropriately brassy and saxophonist Alan Makranczy impressing with harmonious solos.

The Pietasters hit well-regarded favorites early in their set, which ran nearly 90 minutes, including “Something Better,” their breezy salute of good riddance to an old love, where particularly the horns took an opportunity to shine during the refrain. Before long, The Pietasters approach an old standard, the defiant “Night Owl,” which Steve blended with “Last Christmas” by Wham! at the end. Of course, little did we suspect that George Michael would be dead within a day or so and so the memory now seems a little bittersweet.

I’m particularly pleased to report The Pietasters played “Tell You Why” in apparent response to several requests for the song on our blog about a month ago for the 1995 staple from The Pietasters’ second album, Oolooloo. “Tell You Why” proves to be a sweet, laidback song that gives Steve a chance to sing a little more softly and less boisterously and really highlights the band’s tremendous range. (Thanks for the shout-out to Parklife DC before playing the song, Steve!)

Other highlights of the night include piefave “Out All Night,” the celebratory masterpiece from their 1997 album Willis. And few times have I witnessed a performance that’s just as much funky fun as “Drunken Master,” a now-personal favorite of mine from their 2002 album Turbo. Contributor DJ Selah, who has been running the show as emcee for the evening, joins Steve on dual vocals for the number, of course. 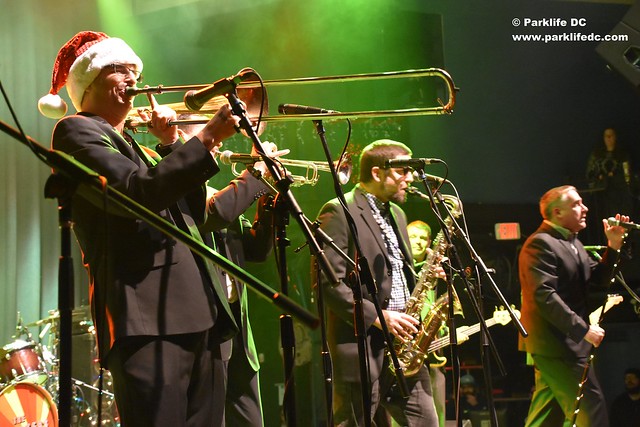 Well, as alluded with the reference to the passing of George Michael above, 2016 has been a rough year for saying good-bye to many musicians. Another such songwriter who passed away in 2016 was Michael Fitzsimmons aka “Micky Fitz” of UK band The Business, an outfit long admired by The Pietasters. Micky Fitz died of cancer roughly a month ago, and Steve toasted him as one of the best songwriters ever with a cover of “Drinking and Driving” by The Business to close out The Pietasters set.

All in all, The Pietasters were highly entertaining. It had been a while since I last saw them live, and so I had forgotten how well they switch things up between ska, reggae, calypso, punk, and other influences, pulling from the strength of the 10 members on stage.

If it’s been a while since you’ve seen The Pietasters, you too may be overdue to check them out again. Steve and company have some random concert performances coming up, including a date at the Hard Rock Cafe in Pittsburgh on Jan. 13. And The Pietasters and The Aggrolites are headlining the 2017 Supernova Ska Festival in Fredericksburg, Virginia, on May 27-28, so book your Memorial Day weekend now! (Hey, early bird tix are on sale through Dec. 31.) 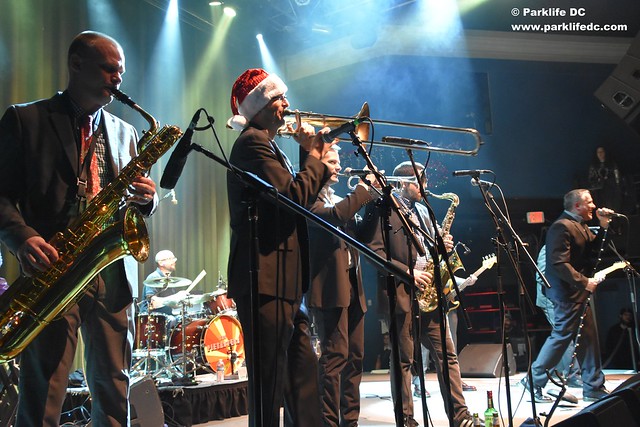 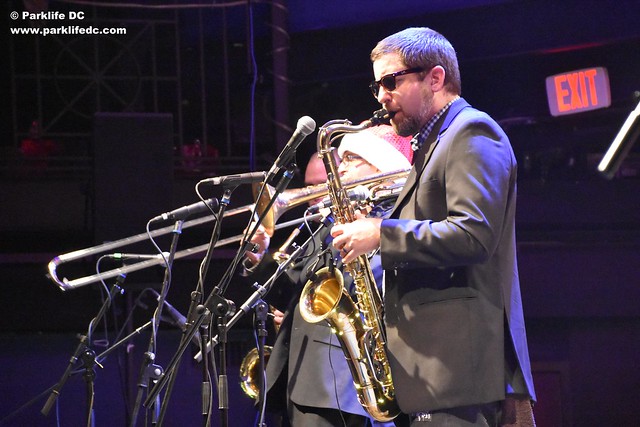 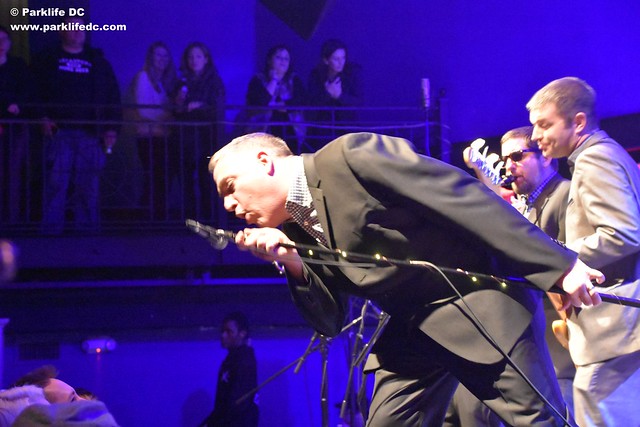 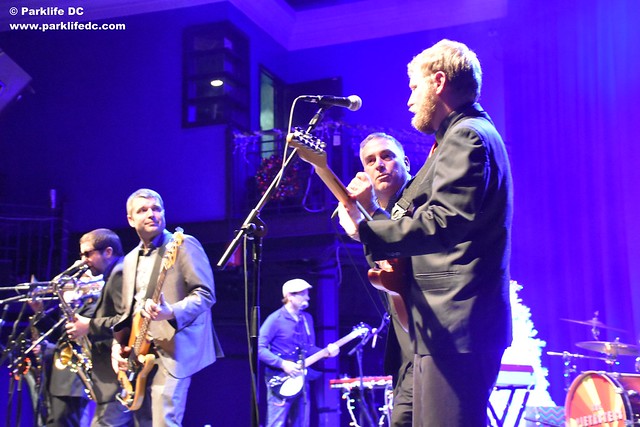 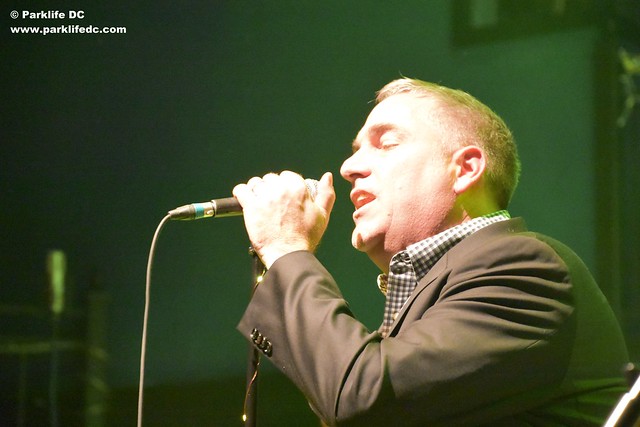 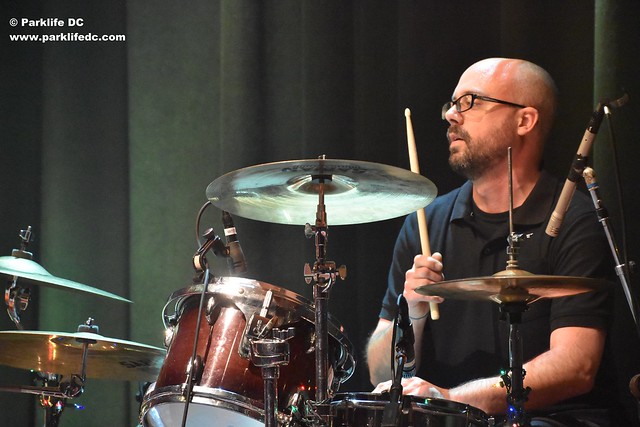 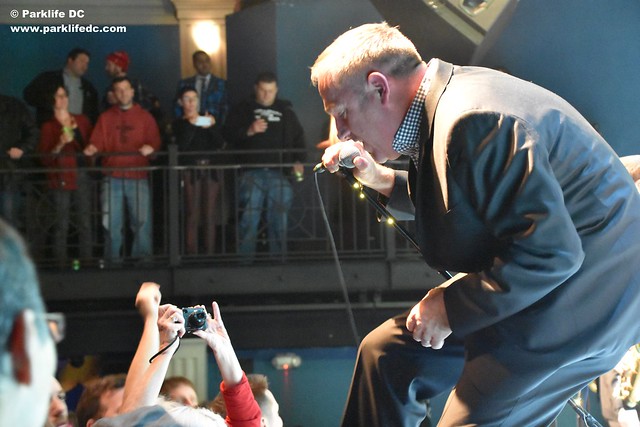 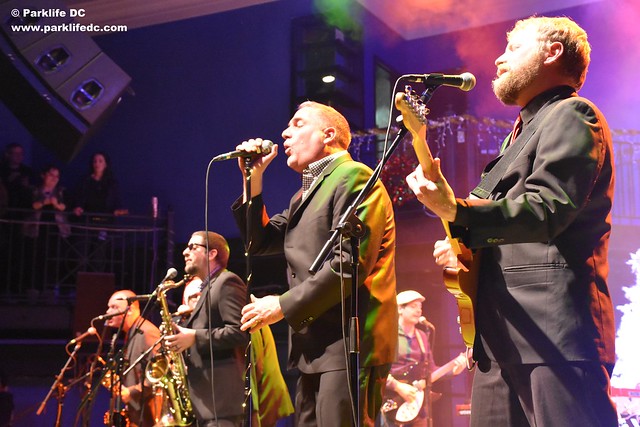 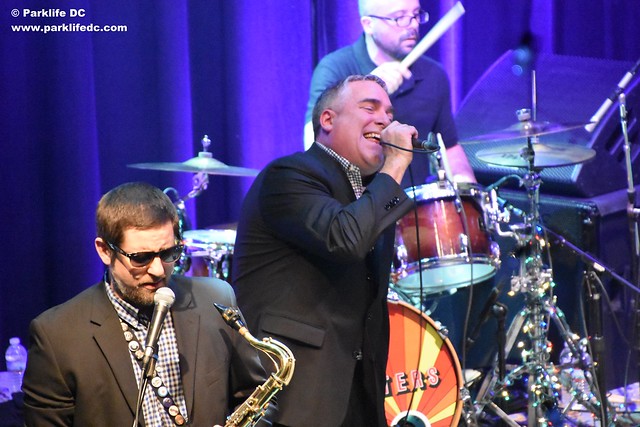 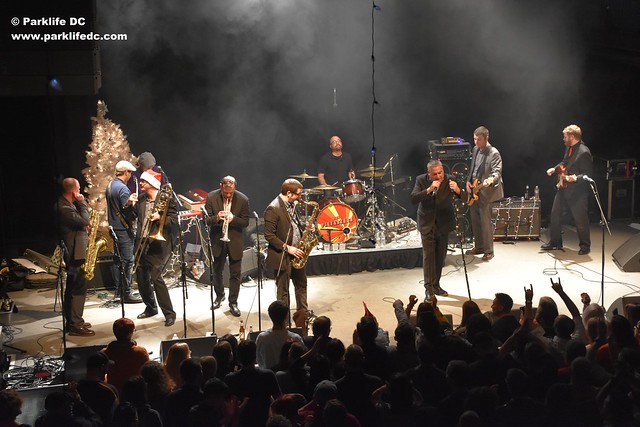 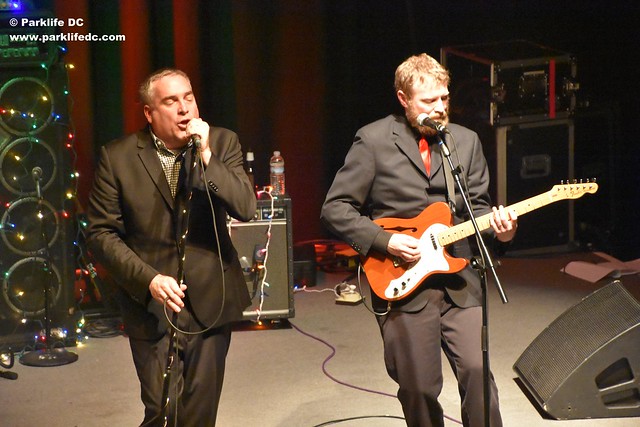 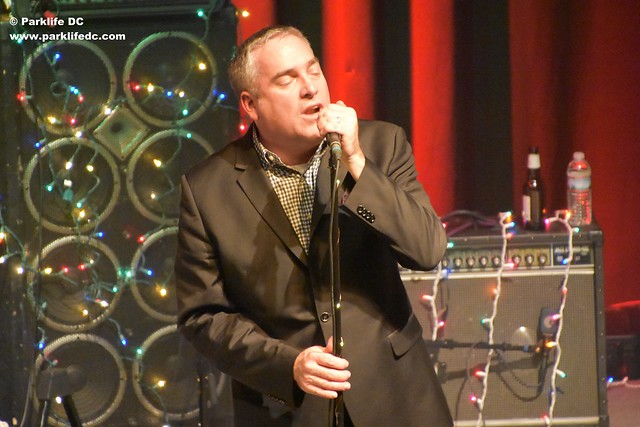 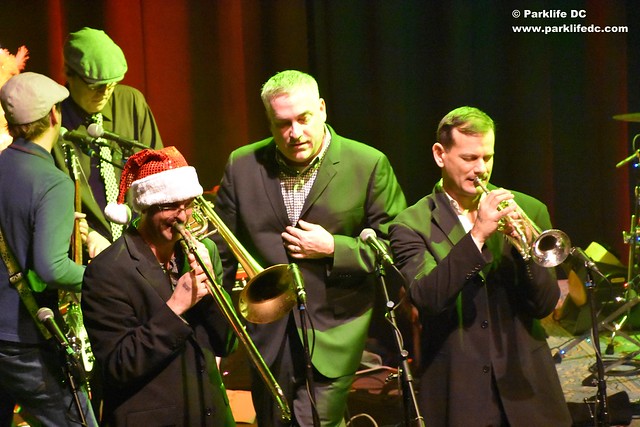