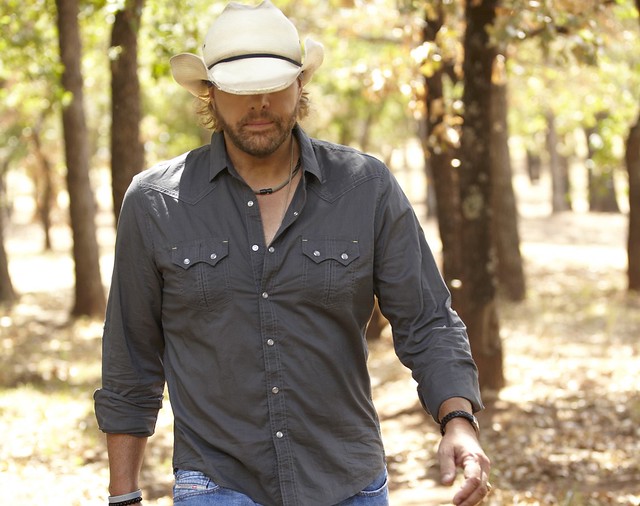 If you happen to be heading to the Lincoln Memorial for the inaugural concert today, Jan. 19, we have a rundown of the bands performing this afternoon.

The Make America Great Again! Welcome Celebration begins at 4pm at the Lincoln Memorial, and it is scheduled to run through 6pm, but odds are it will run a little long. The event features remarks from President-Elect Donald Trump and performances by a bunch of bands, including Toby Keith, The Piano Guys, Lee Greenwood, Ravidrums, 3 Doors Down, Sam Moore (of ’60s soul duo Sam and Dave), and The Frontmen of Country (featuring Tim Rushlow, former lead singer of Little Texas, Larry Stewart of Restless Heart, and Richie McDonald of Lonestar). The exact order of the bands is subject to change.

A lot of people already will be gathered at the memorial as the Welcome Celebration follows a daylong slate of performers including marching bands and honor guards, beginning at around 10:30am.

Here however is more information about the bands listed above.

The familiar maxim of the triple threat — singer, songwriter, musician -– doesn’t begin to cover it for Toby Keith, one of the modern era’s most complete self-directed hit makers, says publicist Shock Ink. “And Keith’s most recent several months are a remarkably accurate representation of his entire career. He wrote, produced and released his latest single ‘A Few More Cowboys’ to Billboard Hot Shot Debut status and the song is continuing to round up some amens and good-calls on its way up the charts. The release heralds new music following the successful and acclaimed 2015 album 35 mph Town. Toby continues to fill venues coast-to-coast on his current Interstates & Tailgates Tour presented by Ford F-Series.” 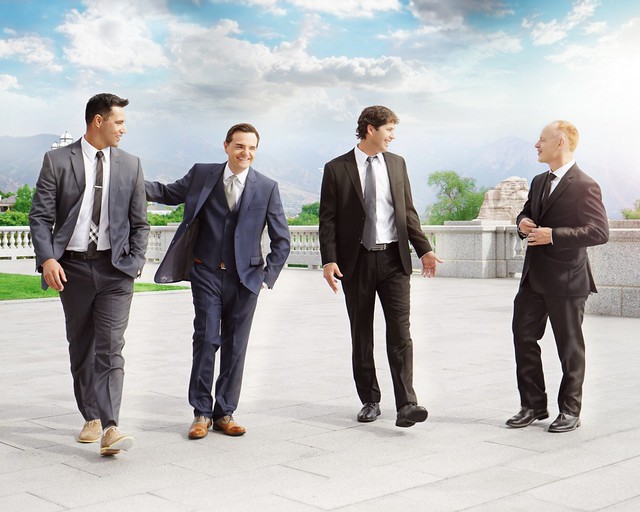 Per Sony: The Piano Guys “became an online sensation by way of their immensely successful series of strikingly original self-made music videos, which recently surpassed 1 billion views and garnered over 5 million subscribers on YouTube. The band has played sold-out concerts around the world, accrued a massive social media following, topped the Billboard charts, and made over 50 music videos since 2011, including their breakout hit, an innovative multi-handed version of One Direction’s ‘What Makes You Beautiful,’ and a gorgeous reinvention of the hit song ‘Let It Go’ from Disney’s Frozen. Uncharted is the four Utah dads’ sixth major label album on Portrait/Sony Music Masterworks.” 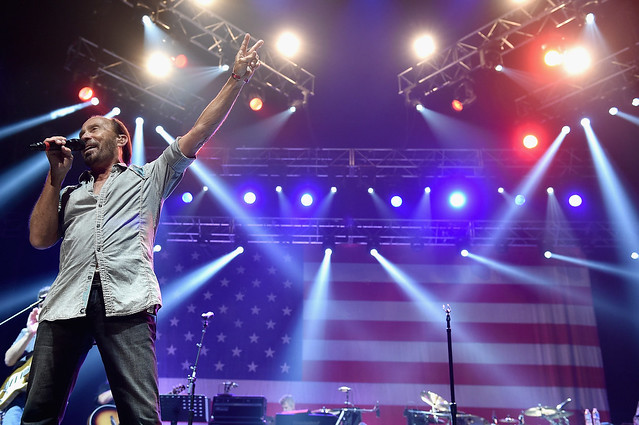 Info from Webster Public Relations: Throughout his expansive career, international country music star Lee Greenwood has earned multiple CMA and ACM Awards, a Grammy Award for Top Male Vocal Performance on “I.O.U.,” in 1985, and a multitude of other prestigious award nominations. His discography includes 22 studio albums, seven compilation albums, seven No. 1 hits and thirty-eight singles including songs like “It Turns Me Inside Out,” “Ring On Her Finger Time on Her Hands,” “She’s Lyin,” “I Don’t Mind the Thorns if You’re the Rose,” “Dixie Road,” “Somebody’s Gonna Love You,” “Going Going Gone,” “You Got A Good Love Comin,” among others. His stand-out hit “God Bless the U.S.A.” has been in the top five on the country singles charts three times (1991, 2001, and 2003), giving it the distinction of being the only song in any genre of music to achieve that feat.

“I’m honored to be part of history again and sing for President-elect Donald Trump. This is a time to overcome challenges in our country and band together. My wife Kim and I are looking forward to the inauguration ceremonies,” Lee Greenwood said in a statement. 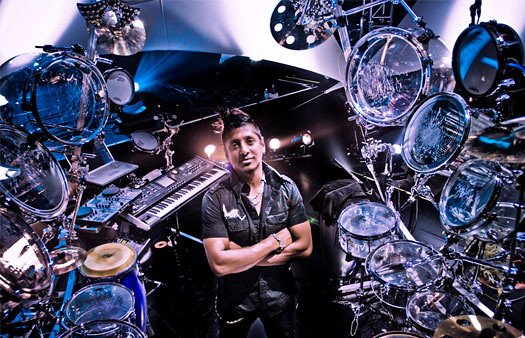 DJ Ravidrums touts his biography on Facebook, claiming to have invented “live remix” DJ’ing and drumming simultaneously. Says his management Concept Artists: “Bringing his high-octane, in-your-face energy to EDM and Open Format, Ravidrums has been the Musical Director on multiple prime-time TV shows for Paula Abdul, Howie Mandel, and Quincy Jones. Ravidrums transcends with imagination with extreme energy.” He claims to have “the world’s most advanced custom DJ rig designed with NASA scientists.”

“As a first-generation Indian American, I view my participation in the inauguration as a unique opportunity to bring visibility to others like me. With so much attention on bickering and hate, my goal is to spread peace and love thru music. My father came to America with 8 dollars, a one-way ticket and no shoes. He came for the pursuit of the American Dream. My father and son will be standing next to me on the steps of the Lincoln Memorial while I perform for the American people,” said Ravidrums in a statement on Facebook. 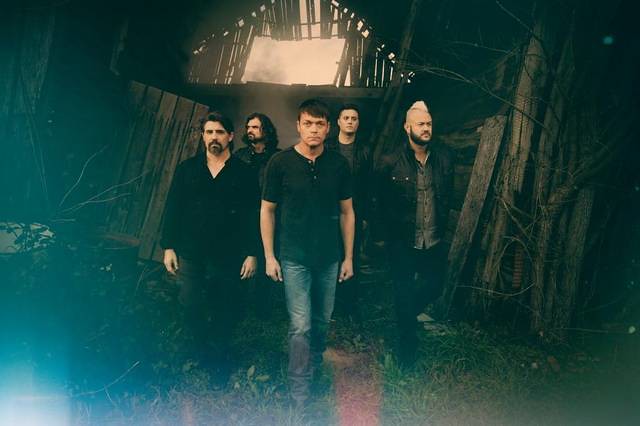 3 Doors Down (Photo courtesy the band)

3 Doors Down, a post-grunge quintet led by Brad Arnold, “first found their own voice in 1995,” according to the band’s bio.

It continues: “It’s only gotten louder over the past two decades. Everything kicked off with their 2000 debut, The Better Life. The album went six-times platinum and introduced the world to their now-classic ‘Kryptonite.’ Their fan base continued to grow with 2002’s triple-platinum Away from the Sun, which yielded the smashes ‘When I’m Gone’ and ‘Here Without You.’ Both 2005’s platinum-certified Seventeen Days and 3 Doors Down [2008] bowed at #1 on the Billboard Top 200 followed by Time of My Life’s #3 debut in 2011. In between countless sold out shows, the guys notched three Grammy Award nods, scored two American Music Awards, and received a total of five BMI Pop Awards, including an award for Brad for BMI Songwriter of the Year.” 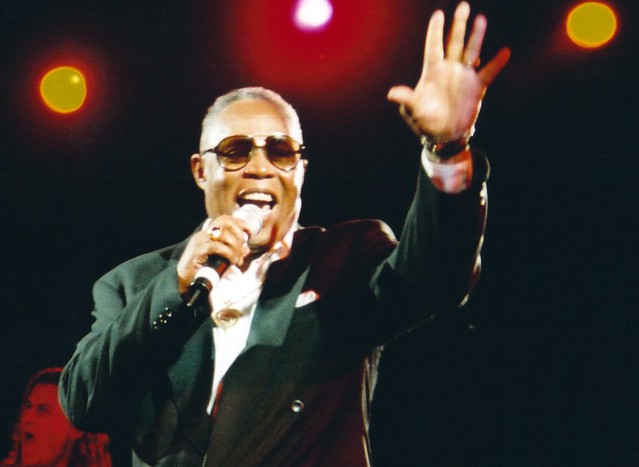 Sam Moore found musical fame as one half of the ’60’s powerhouse duo Sam & Dave, said Webster Public Relations. With 1967’s hit “Soul Man,” the duo found lasting fame, defined a genre, and altered the course of music history. Their signature sound influenced a diverse array of musical talents, including Al Green, Michael Jackson, Lionel Richey, Tom Petty, Phil Collins, Elvis Costello, and Billy Joel and so many others. Sam and Dave’s music and personas inspired the film Blues Brothers, and other hits like “Hold On I’m Coming” has appeared on the soundtracks of more than a dozen films. Moore continues to record and perform to critical claim as a solo artist and as a guest performer for his dozens of musical friends.

“As an American, I am honored to perform for President-elect Donald Trump,” said Sam Moore. “I was a participant in the civil rights movement and have seen many positive changes and advancement in my 81 years of living in this wonderful Country, but I know we must all join hands and work together with our new President. I honestly believe that if we can accomplish this, the best is yet to come. We all as Americans need to unite behind our new President and give him a chance. He needs everyone’s support to make America greater, stronger and an even better country.” 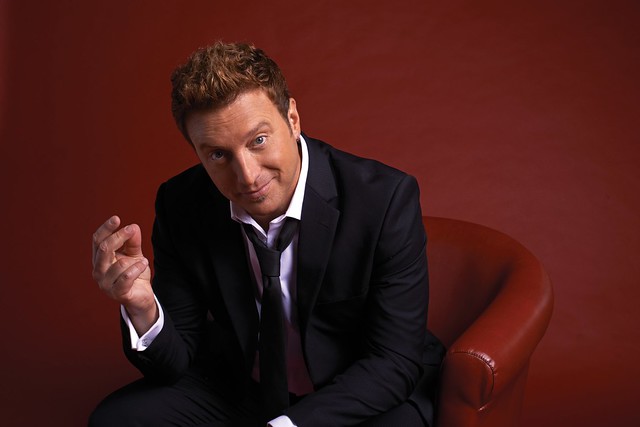 From Webster Public Relations: During the band’s impressive run in the ’90’s, Tim and the rest of the Little Texas members charted over a dozen hits including “God Blessed Texas,” “What Might Have Been,” and the #1 smash “My Love.” Following the band’s breakup, Tim embarked upon a solo career with Atlantic Records and released a self-titled CD that yielded the heartwarming Top 10 hit “She Misses Him.”

“I am honored to be a part of celebrating such a monumental moment in American history. Music is such a powerful platform and a great way to bring our country together and as an American I am humbled to be included in this historic event,” Tim said in a statement.

The Make America Great Again! Welcome Celebration is a free event, open to the public. However, tickets are required for select seated areas. For more information, visit https://www.58pic2017.org/events/welcome-celebrations/.