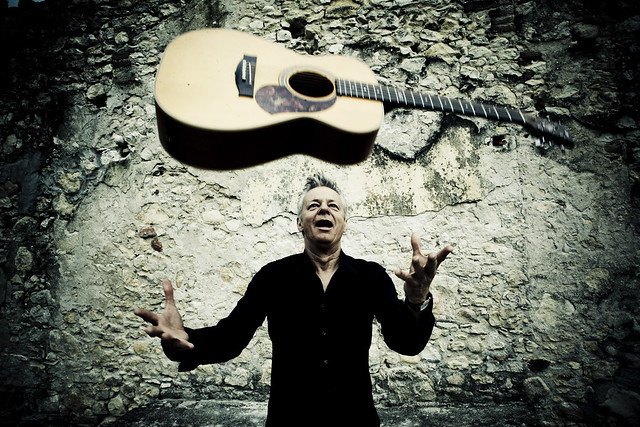 Virtuoso guitarist Tommy Emmanuel is on a US tour, and he stops locally at The Birchmere in Alexandria, Virginia, for two dates on March 7 and 8. You can win tickets for the second date here on Parklife DC.

The Australian musician is a master of the “fingerpicking” method of playing guitar, championed by Merle Travis, the legendary country singer from Kentucky. Tommy learned the style from his admiration of Chet Atkins, who was inspired by Merle’s methods. Tommy eventually recorded with Chet, and their duet “Smokey Mountain Lullaby” was nominated for a 1998 Grammy award for Country Instrumental Performance.

Now 61, Tommy enjoys a long and storied career that has seen him perform with Australian bands and as a solo musician. At this point, Tommy has released more than 20 studio albums, either solo or with collaborators like his brother Phil or British jazz guitarist Martin Taylor. Tommy does not appear to have a new album at the moment (although he did release two in 2015), but he released a compilation of live video clips on Feb. 3 in a new collection, “Music Gone Public.”

Parklife DC is giving away a pair of tickets to see Tommy Emmanuel at The Birchmere. To win, simply leave a comment on this blog. You can leave any comment, but we would like to know your favorite song by Tommy (or the best thing you’ve heard him cover)! 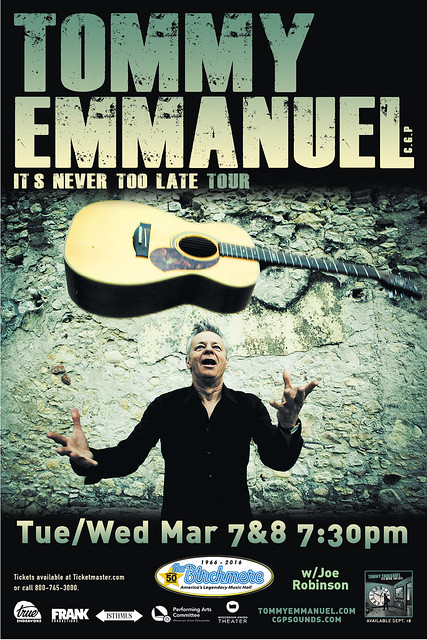