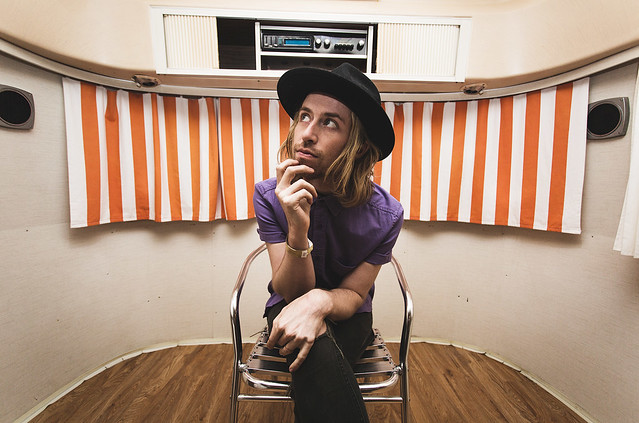 It’s been 10 years since The Rocket Summer released Do You Feel, breaking ground for Texas musician Bryce Avary. Bryce has been working on a new seventh album as The Rocket Summer, but he’s taking some time to celebrate the 10th anniversary for his influential third album with a tour that includes a stop at Rock and Roll Hotel on Tuesday, Aug. 1.

Before Bryce hit the road, the power pop maestro released a new song, “Gone Too Long” as a means of christening the tour.

“To me this tour is like we’re looking back and looking forward at the same time. You know, it’s kinda like break dancing and then fully dropping into the splits; one leg back, one leg forward, jazz hands in the air,” Bryce said of the new song.

Watch a lyric video for “Gone Too Long” by The Rocket Summer on YouTube:

Reviewing Do You Feel for AllMusic, Jared Johnson said, “It didn’t seem possible for Avary to create more hook-filled, summertime pop than what he crafted on his first two indie releases, yet that’s precisely what he did on Do You Feel. Avary continued to prove his mastery of piano-laced pop that sounded like a cross between Ben Folds, the Swift, and Relient K. His vocals remained in the Justin Timberlake/Michael Jackson range, which only seemed to increase his appeal.”