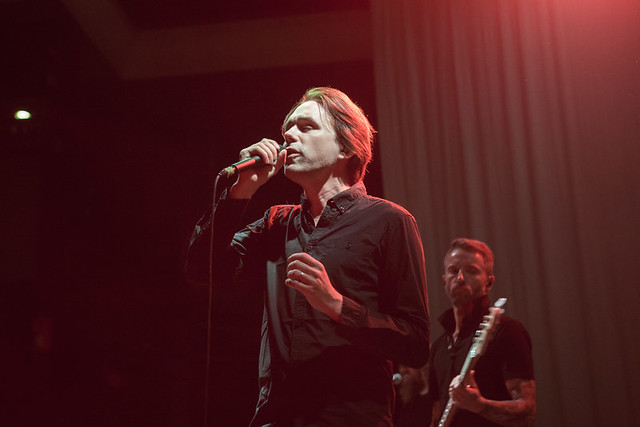 Danish dreampoppers Mew received a warm welcome upon their return to 9:30 Club Saturday, when a crowded room lapped up tunes familiar and new from the touring trio.

But wait — dreampop doesn’t fully scratch the surface of Mew’s musical aesthetics. Jonas Bjerre (vocals), Johan Wohlert (bass), and Silas Utke Graae Jørgensen (drums) certainly performed electronic music that lapsed into dreamy psychedelia, but they wouldn’t be caught napping when it comes to rock. Specifically, many of Mew’s best songs embraced tremendous prog rock guitar and rhythms, differentiating them substantially from many of their peers and empowering them with anthemic qualities.

The band strutted these interesting facets of their sound early on Saturday, rolling out “Special” from their 2005 album, And the Glass Handed Kites, as the second number in their set. The audience leaned forward in anticipation as the song opened and then soon everyone danced along to its familiar chords. Here, touring guitarist Mads Wegner made significant contributions, gracefully swaying along with his instrument and punctuating riffs with a toss of his head. This was my first time seeing Mew, so I cannot judge fully if the band lacked anything in the absence of founding guitarist Bo Madsen, but Mew had the audience purring in their hands. All was well as folks sang along and nodded to the beat.

Bo left the band after 2015’s +-, leaving Mew to craft their 2017 album Visuals without him. The band released Visuals in April via Play It Again Sam and then set out on a world tour. The songs from the new album certainly seem a bit more mellow, which isn’t a bad thing. But just because Mew lapsed into occasional dreaminess does not mean they didn’t rock out; the band are constantly on the move.

Mew opened with “A Better Place,” their most recent single, easing the audience into a soaring waves of synths against tribal drums. The band’s iconography for the new album — werepeople in animal heads or skull-like masks — presented a visual aspect of totems to reinforce a purely ecstatic quality in the sound. As Mew spread new singles throughout the set, the audience seamlessly embraced them, and it was clear most people at 9:30 Club had been admirers of the band for a while. Midway through the set, Mew performed new selections “Twist Quest” and “85 Videos” back to back and then ended their set with “Carry Me to Safety.”

After returning for an extended encore, Mew played “Nothingness and No Regrets,” a song introduced to their live sets this spring. But then they dedicated the rest of their encore to fan-favorite record Frengers, the band’s third album from 2003 (and originally second album Half the World Is Watching Me, as well!), with songs “Am I Wry? No,” “156,” and “Comforting Sounds.” “Am I Wry? No” is lyrically and melodically unapologetic with unbridled stadium rock ambitions, and the crowd experienced a spiritual awakening on the dance floor when they heard it. Knowing Mew better now than previously, it is clear that these three songs hold particular power in the Mew catalog. It was around that time of 1999-2003 when the band were clearly defining their sound and establishing a reputation for defying genre boundaries.

Mew remain on the road tonight, Aug. 8, in Cambridge, Massachusetts, and in the United States through Aug. 26, when they visit the El Rey Theatre in Los Angeles. It you are at all curious or if you’re already comfortable with Mew, you surely won’t be disappointed by a band that makes you consider the range of psychedelic pop in new ways.

Here are some pictures of Mew performing at 9:30 Club on Saturday, Aug. 5, 2017. All photos copyright and courtesy of Paivi. 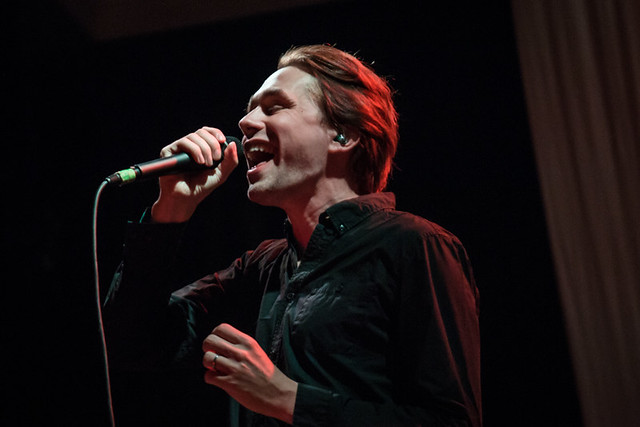 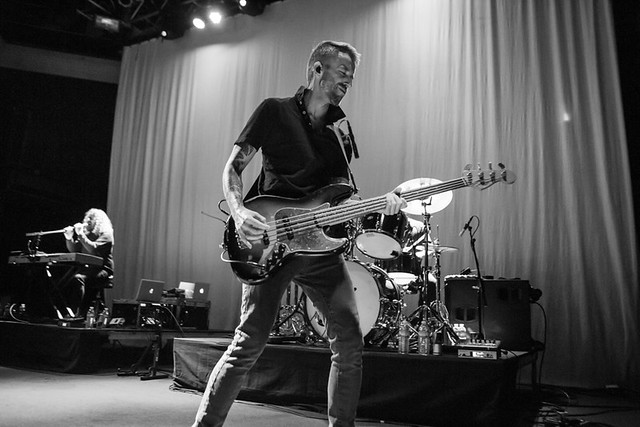 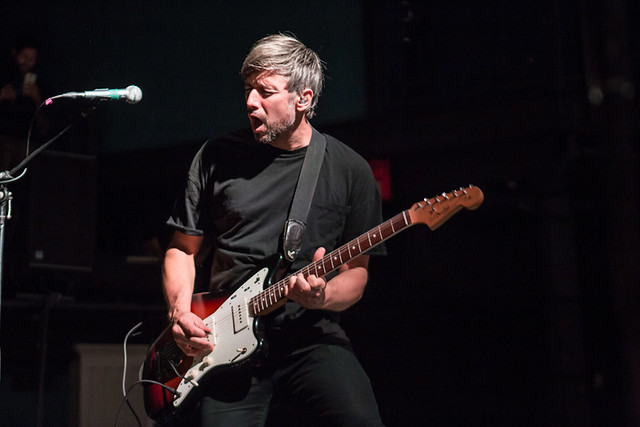 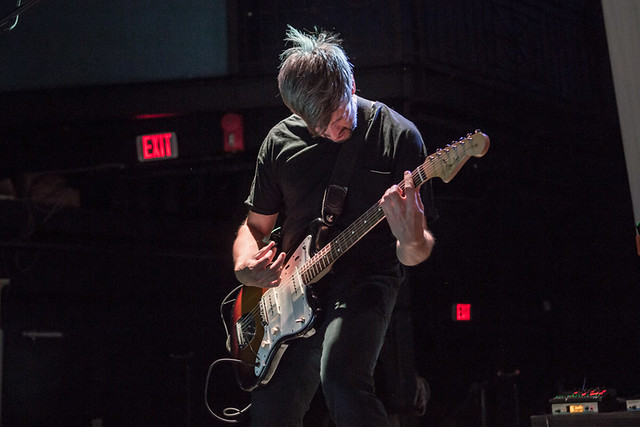 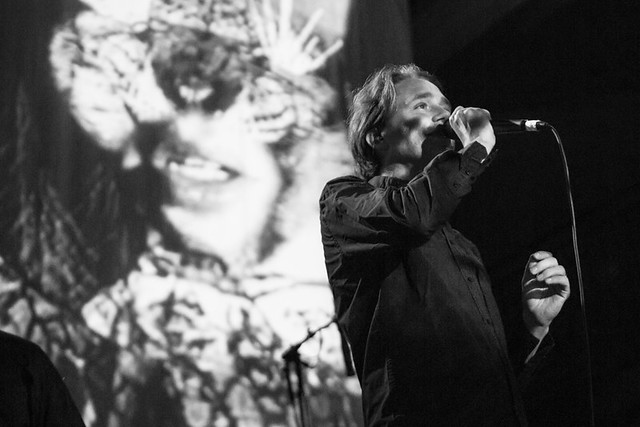 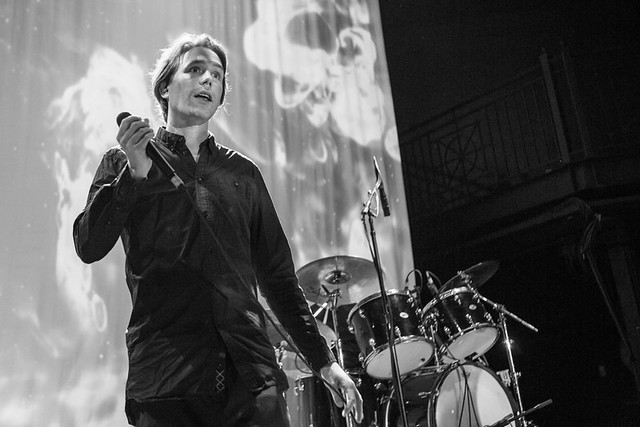 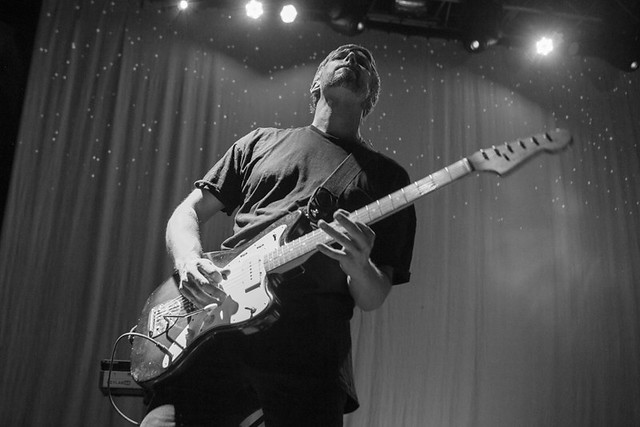