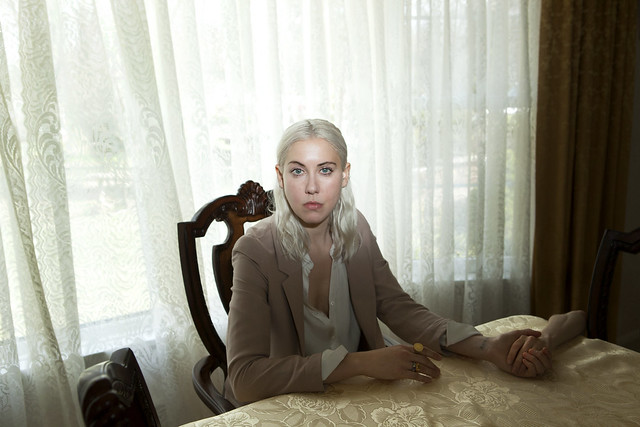 Mackenzie Scott, better known as Torres, will release Three Futures, her third studio album, via 4AD on Friday, Sept. 29. That very same day, the Brooklyn-based singer-songwriter will perform at Rock and Roll Hotel!

In describing the album, Torres said it “is entirely about using the body that each of us has been given as a mechanism of joy.” The 10 tracks of the album immersively explore ecstasy, desire, and indulgence.

Watch the official music video for “Three Futures” by Torres on YouTube:

After Torres published Splinter in 2015, the New York Times said, “Her music can smolder while she considers exactly where she stands, and it can roar into feedback-edged howls when her rage or despair boil over.”