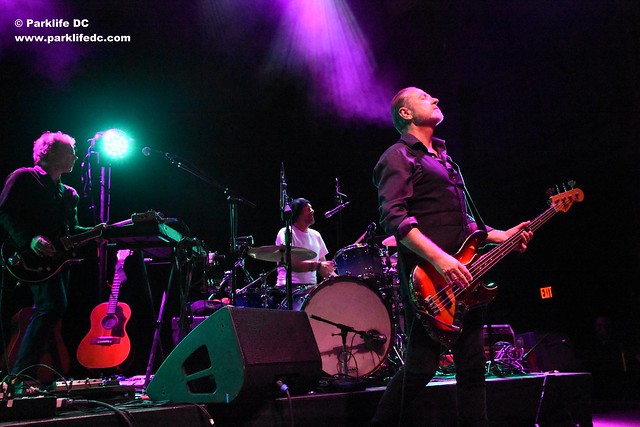 Steve Kilbey was a little bit cantankerous at 9:30 Club on Sunday. He weathered numerous calls for the best-known singles by his band The Church. One enthusiastic audience member for example bellowed for “Under the Milky Way,” prompting Steve to shout, “No!” — right before playing the wonderfully forlorn hit toward the end of his main set.

With songs like “Under the Milky Way,” Steve and his bandmates in The Church transported the audience to a timeless space of rapturous guitar-driven melodies. And in doing so, Steve would transport himself as well. He became a different man on Sunday when he meditated upon his guitar, moving like quicksilver as his hands darted along the fretboard and furrowing his brow as he concentrated on the splendid sounds floating to our ears.

The Church were in town on Oct. 1 to support their 26th album, Man Woman Life Death Infinity, available today in wide release via Unorthodox Recordings, but the band weren’t in a hurry to break out the new songs, exploring other ground before sliding in a track after “Metropolis.” The Church introduced us to the revelatory “Another Century,” a psychedelic rocker with an otherworldly vibe that serves as lead single from the new record. It’s a great song that demands the rapt attention of the audience, who acquiesce patiently.

Steve rendered each song with care, his voice in fine form. His eyes shine brightly as he sings and the feeling you get is akin to putting on a sharp leather jacket that somehow already feels comfortably worn. The Church definitely have found a groove since revamping their lineup prior to their previous album; Steve and founding guitarist Peter Koppes along with drummer Tim Powles and newest member Ian Haug (on lead guitar) performed fluidly as a team.

Later in the set, The Church explored more new songs, including “Undersea” and “I Don’t Know How I Don’t Know” in the last half. “Undersea,” the second single from Man Woman Life Death Infinity, played out like a coil unwinding as Steve chanted over the refrain, free to emphasize the lyrics with dramatic sweeps of his arms without his guitar.

“Undersea” is a deliberate title — and water appears to be a deliberate theme of the new album. In a statement, Steve explained: “I guess water is my element. I’ve always marveled at the sea and rivers and rain. It wasn’t conscious at all but on reflection, it definitely is a preoccupation on this record. What that means, I don’t know. This is an album we’re really looking forward to exploring live. The way I write lyrics is very stream-of-consciousness. I never question them until we perform live, so I discover them in time as much as the audience.”

It’s a fascinating insight into the restlessly creative mind of one of rock’s most intriguing musicians. On Sunday night, Steve embodied two men — one dapper, direct, and targeted; another unsettled, searching, and eager. The Church began their encore with “Dark Waltz” from the new album, and the song soothed both singer and patrons while perhaps suggesting a theme that something in life is missing and we are together in the search for it.

The Church then play a long “Miami” from their last album Further/Deeper. It’s a straightforward, nostalgia-tinged number inspired loosely by the fact that the Miami Vice television show featured two songs by The Church (“Under the Milky Way” and “Blood Money”). And it heralded the performance of “Unguarded Moment,” another highly anticipated song among a fervently loyal crowd at 9:30 Club on Sunday (hailing from Of Skins and Heart, that very first album by The Church from 1981!). By the end of the show, Steve was graceful and thankful, introducing the band and warmly expressing his gratitude to receptive listeners.

The Church have been touring quite a lot in recent years, and like diamonds they crystalize under pressure. Steve and company are in really good form, and they warrant your attention. You’re sure to enjoy the new songs as well as the longtime favorites on this tour, which continues tonight, Oct. 6, in Chicago. They are almost done with their current US tour; they close on Oct. 14 in Phoenix, Arizona.

Lose yourself in the welcome psychedelia of The Church. Here are a few pictures of The Church performing at 9:30 Club on Sunday, Oct. 1, 2017. 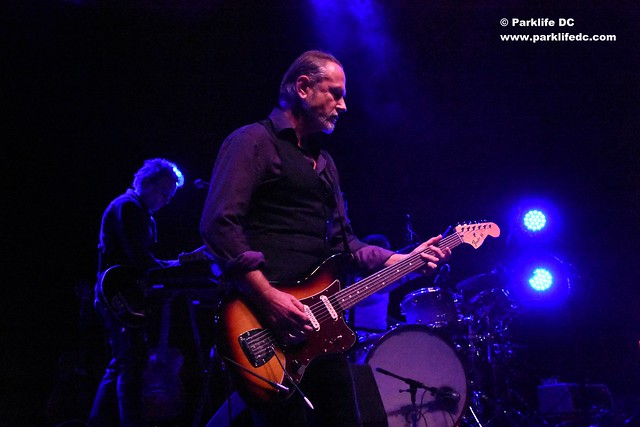 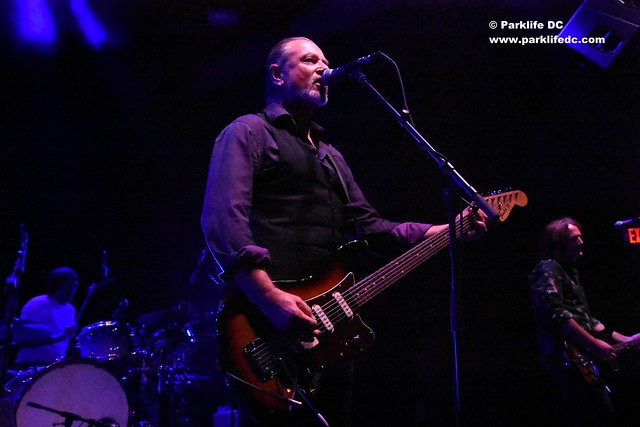 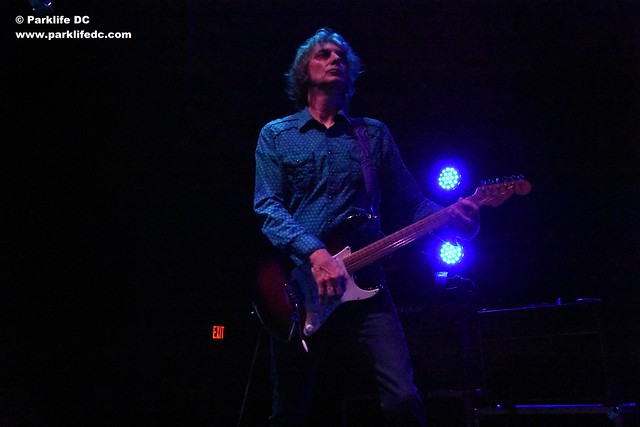 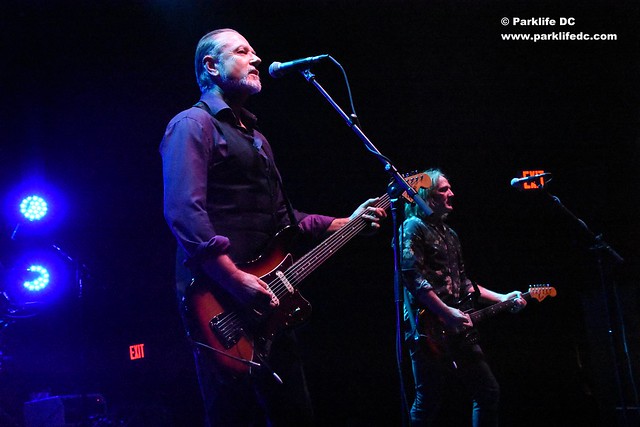 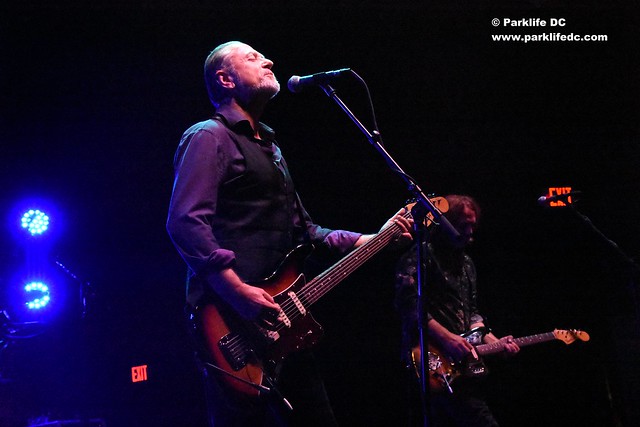 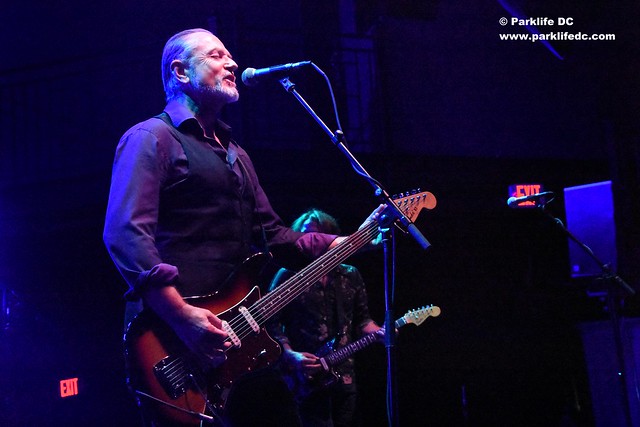 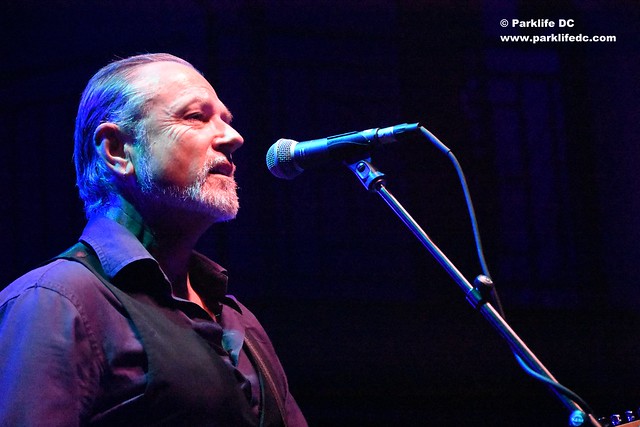 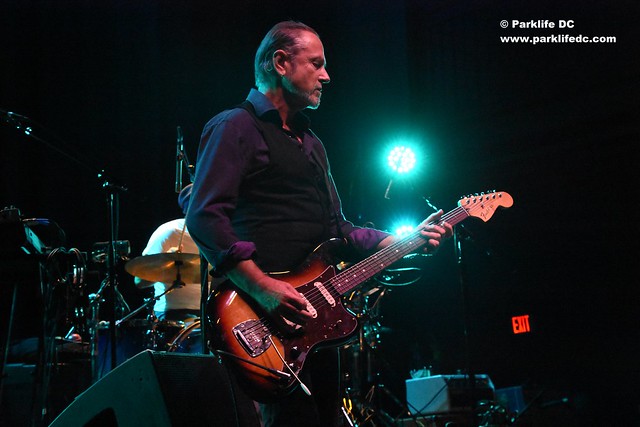 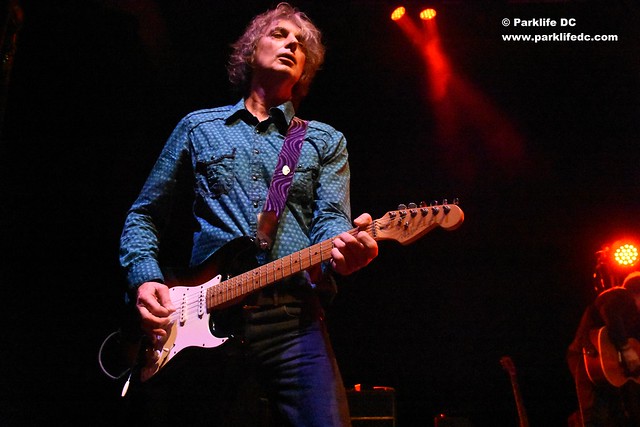 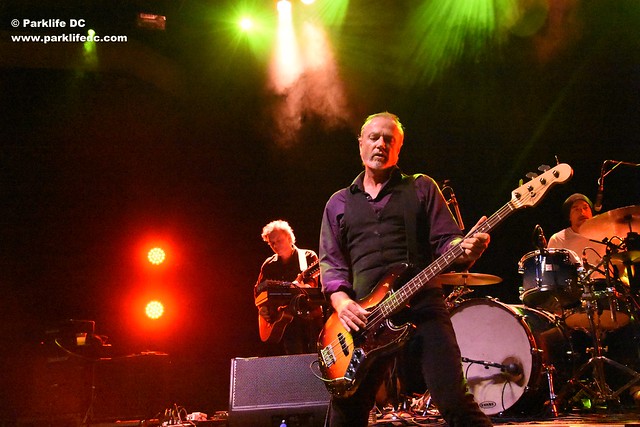 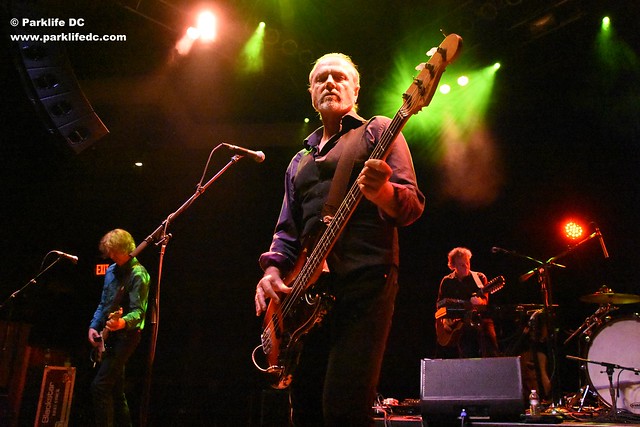 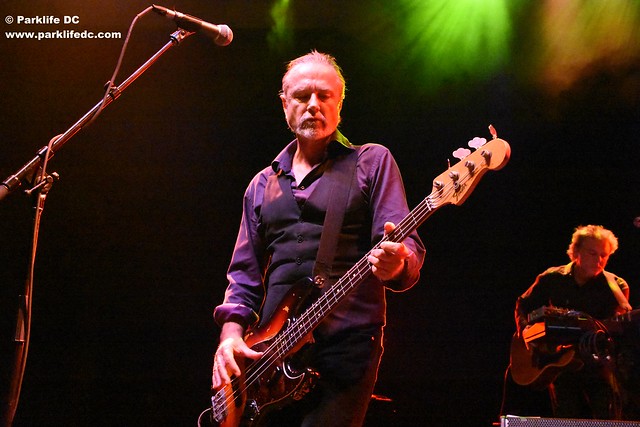 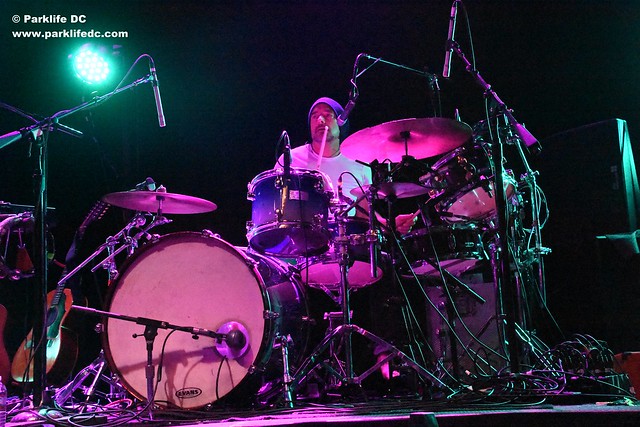 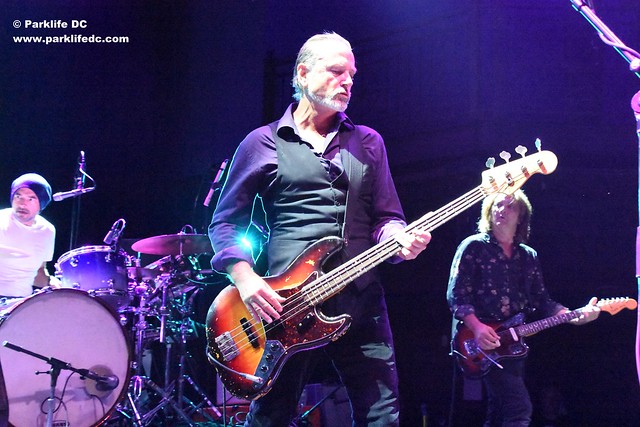 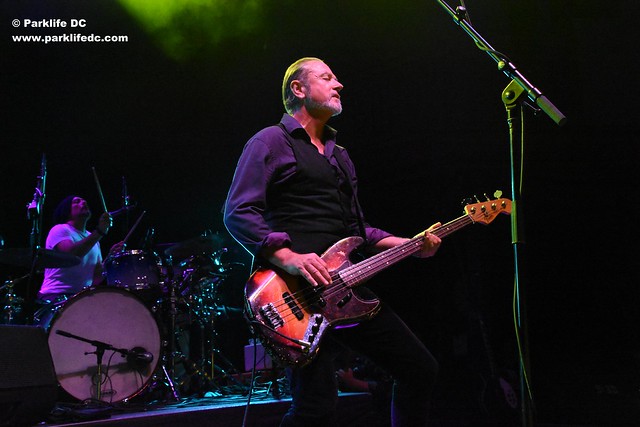