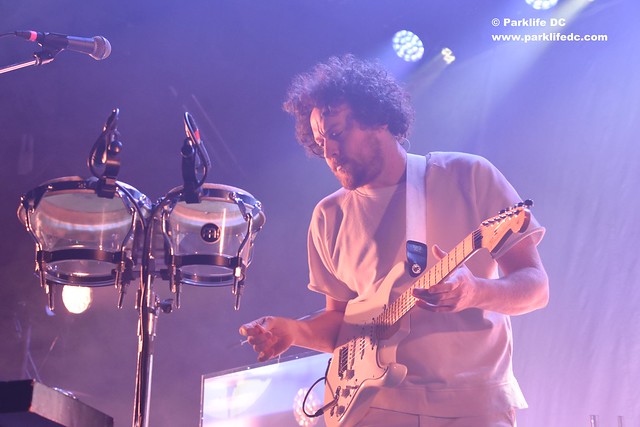 Although famously self-reliant, Joseph Mount likes a good team — and he’s got one in Metronomy, his four-member (five when touring) English indie pop band.

In performance, Metronomy always show some team spirit through color coordinated outfits (occasionally the same matching outfit), but against that backdrop the individual bandmates shine through their own contributions, as demonstrated in a sold-out show at Brooklyn Steel in New York City on Nov. 13.

Since 2006, Metronomy have released five albums exploring sounds from glitchy to funky. Metronomy released Summer 08, their fifth studio album, via Beautiful Music in July 2016. At Brooklyn Steel, Joseph Mount (vocals, keyboards, guitar), Oscar Cash (saxophone, guitar, keyboards), Anna Prior (drums), and Gbenga Adelekan (bass) touched on all five albums, but dedicated almost half the show to the new one.

Metronomy opened the show with “Back Together,” the first track on Summer 08, showcasing the band’s smart rhythm section from the outset. The song really depended strongly on Anna’s snappy drums and backing vocals while Gbenga augmented it with some funky bass. The experimental ‘60s-throwback song got some weirdness from Oscar’s keyboards.

For “Old Skool,” the lead single from Summer 08, Joseph switched from guitar to cowbell, setting a steady pace as he creates a sort of shout-along storyline. Joseph’s voice imparted a “very English” feeling to all of Metronomy’s songs, which I consider to be a good thing indeed for the band, and the new album certainly takes full advantage of that. Case in point: Metronomy later perform “Mick Slow,” which samples “Weather the Windmill” by Mick Karn, the late bassist of UK art rock group Japan. Joseph used the material to shape the psychedelic contour of the song, which also echoed of Pink Floyd at their poppiest.

Speaking of psychedelic, Metronomy served a dose of welcome neo-psychedelia with “Love Letters,” the spectacular title track from their 2014 album. The energetic burst of one of Metronomy’s best songs inspired people to groove in place at crowded Brooklyn Steel. It’s another great instances where the band come together as an effective unit, all pieces moving in tandem. Joseph focused on the use of his distinctive voice while playing the tambourine, demonstrating again his own versatility while not overpowering his voice in a song that rather depends on his singing.

Metronomy closed the set on “Reservoir,” also from Love Letters, before returning with an encore of “Love’s Not an Obstacle” and “Everything Goes My Way,” hailing respectively from Summer 08 and the wonderful 2011 album, The English Riviera. It was a very clever ending note indeed. I liked Pip Paine (Pay the £5000 You Owe) and Nights Out, the band’s first and second albums when I heard them, but it was really third album The English Riveria, that sold me. And the stellar Anna Prior took lead vocals for “Everything Goes My Way” with Joseph seated on drums, giving the song a character that fit well alongside the likes of Saint Etienne.

Metronomy’s very brief North American tour ended Saturday in Mexico City. Let’s get them back here soon, eh? Metronomy have a very funky neo-psych thread weaved throughout their songs, but with every new album, they move comfortably through additional art pop influences, always tweaking their sound more than enough to remain intriguing. Joseph Mount may be the man making the patterns, but his bandmates certainly proved they know how to sew it altogether.

Here are some pictures of Metronomy performing at Brooklyn Steel in New York City on Monday, Nov. 13, 2017. 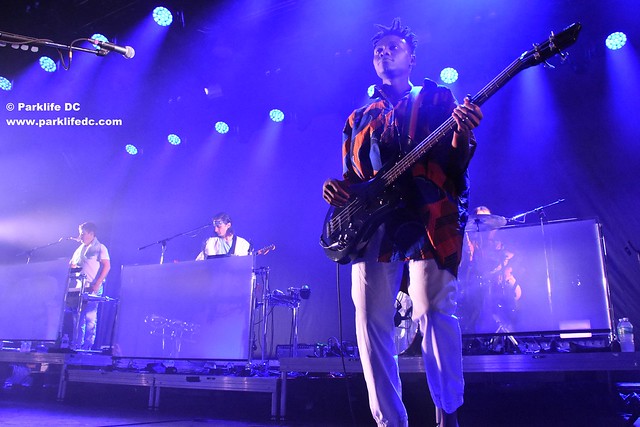 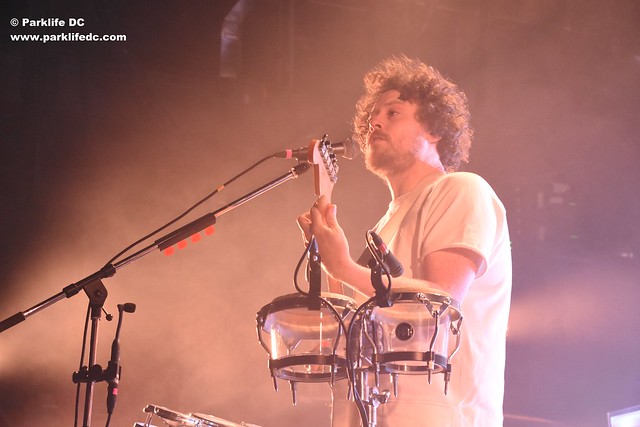 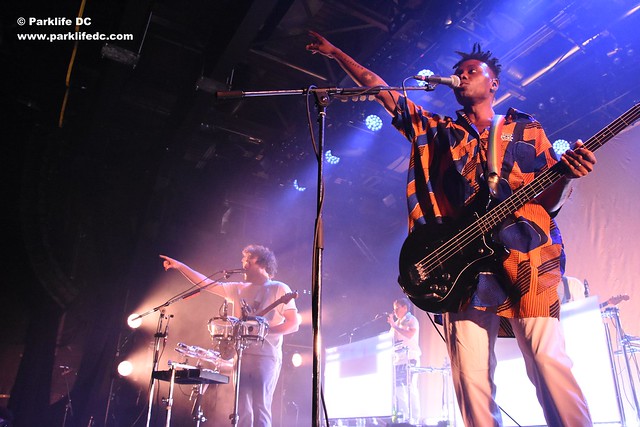 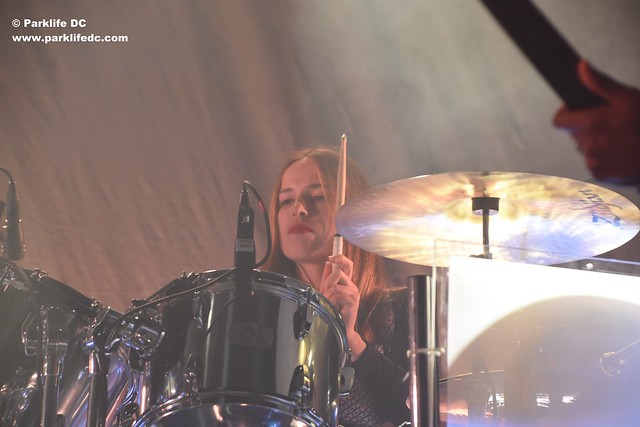 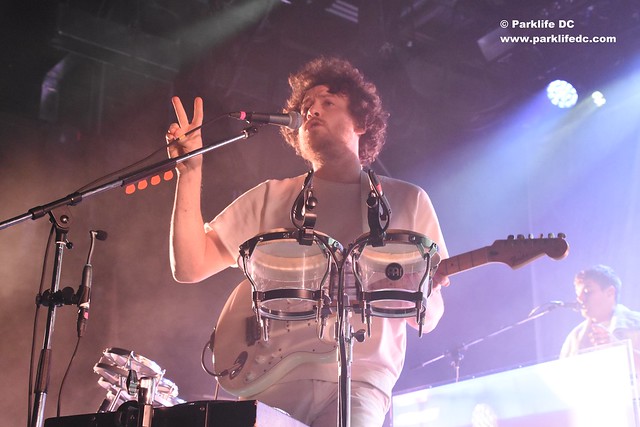 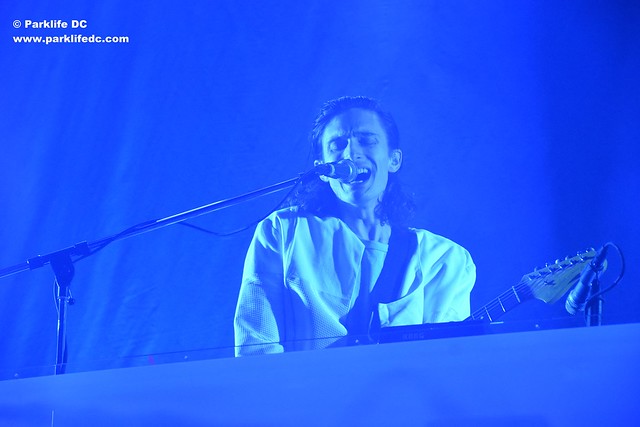 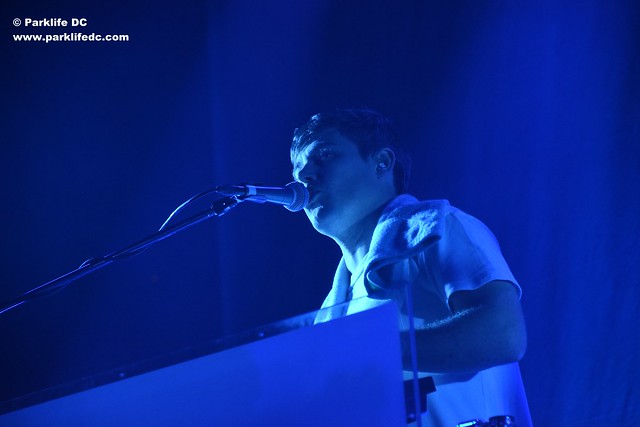 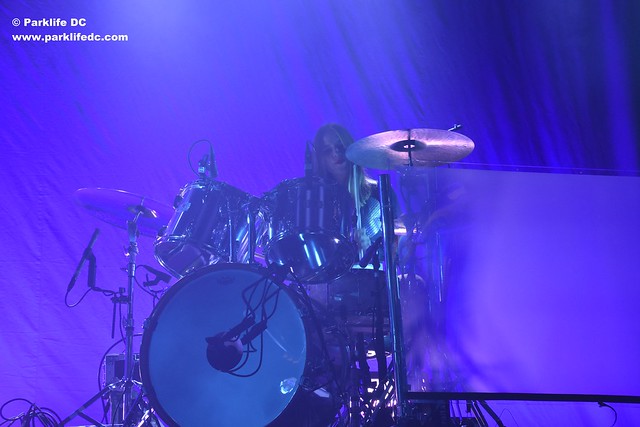 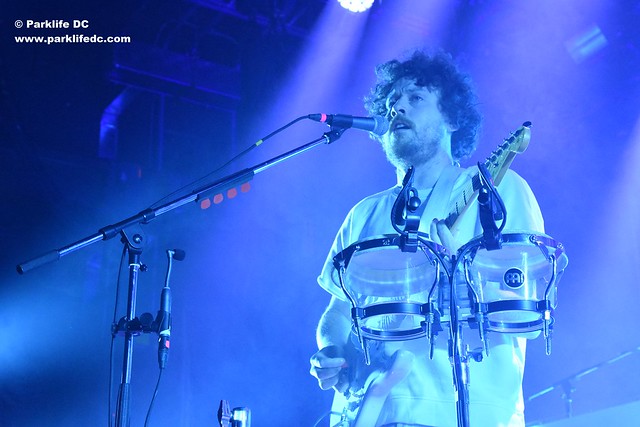 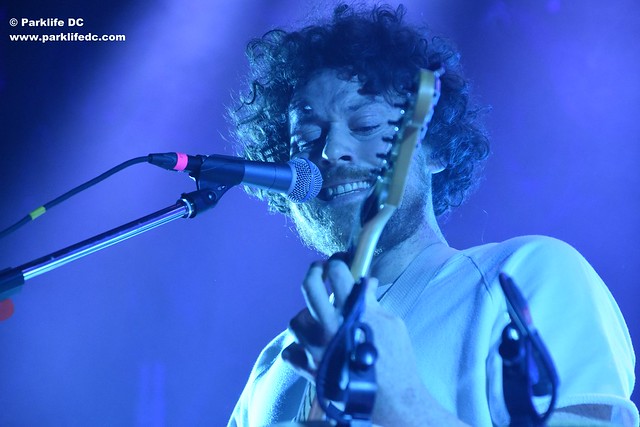 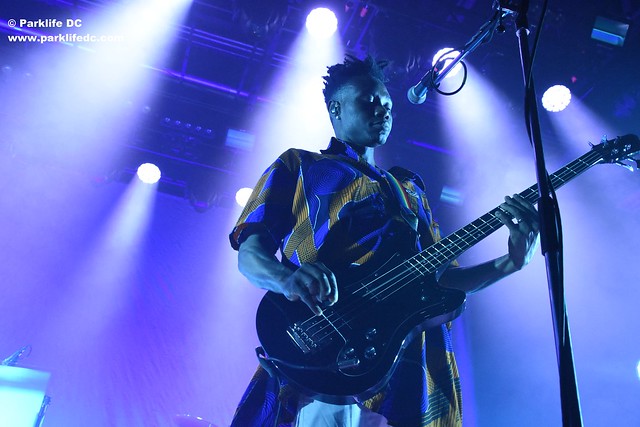 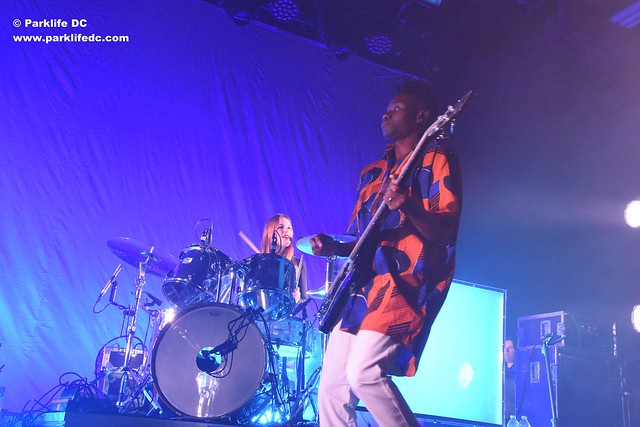 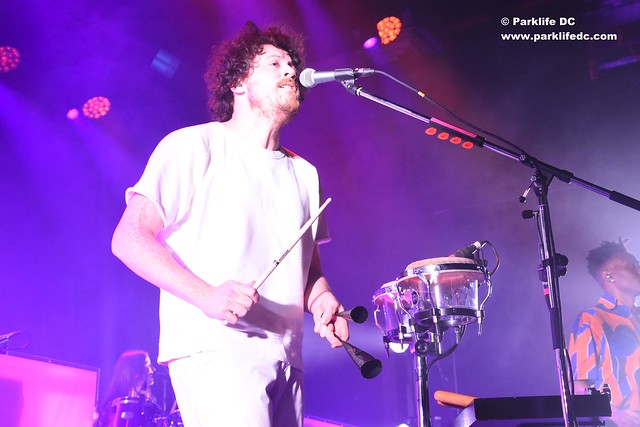 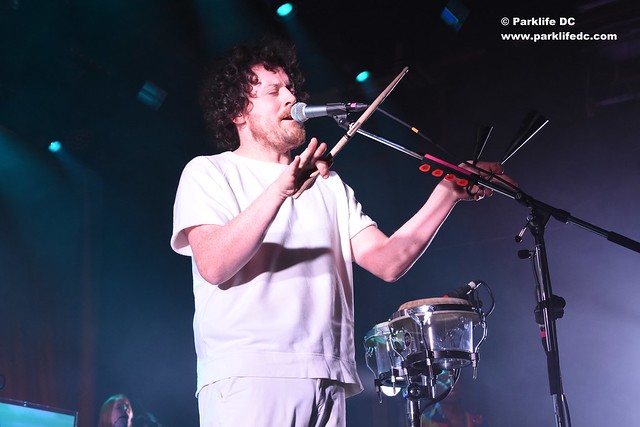 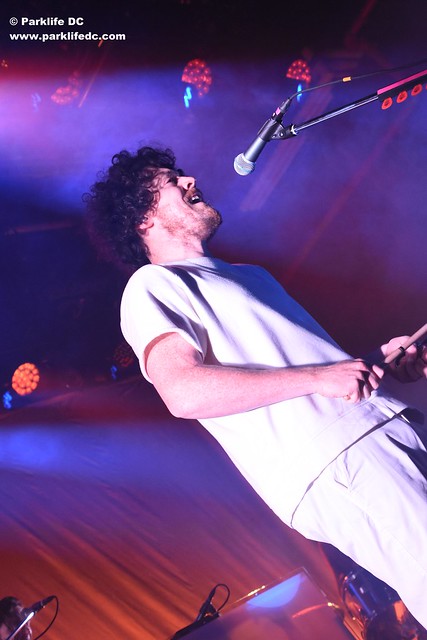 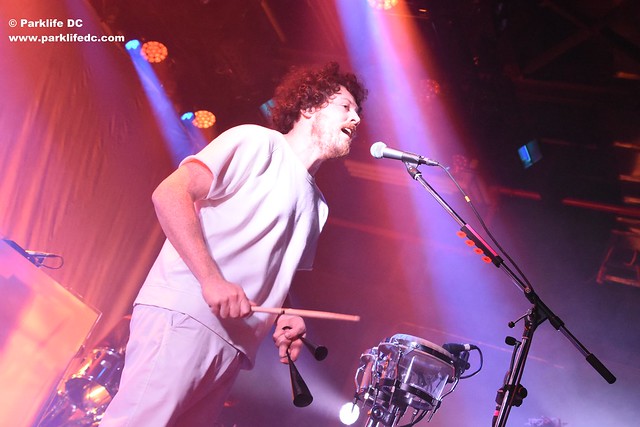