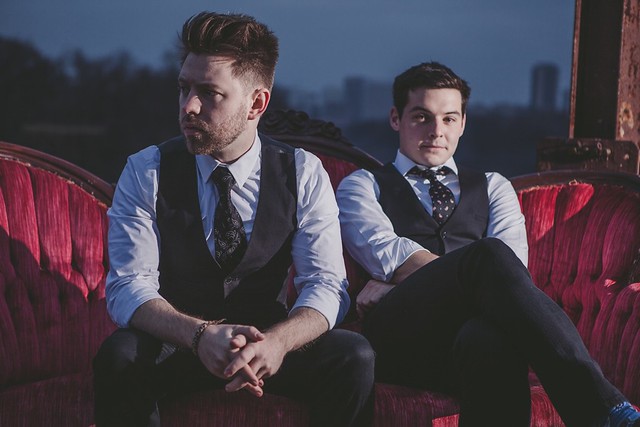 DC duo Broke Royals released their self-titled debut album on Nov. 17. The gents will present its songs live in an official album release show at the new Union Stage on Thursday, Dec. 28.

Union Stage is the new venue from the folks who run Jammin’ Java in Vienna, Virginia, and the Broke Royals show will be part of the concert hall’s launch series this month.

Philip Basnight and Colin Cross teamed up to form Broke Royals roughly three years ago. Reflecting on their debut album, Philip said, “To me, there are two important aspects to naming this album Broke Royals. The first, and most obvious, is the culmination of three years of work in a piece of art. When we started recording music we didn’t know that there would be such a stirring creative chemistry, but by the time we made the album we had found our sound.”

Watch the official music video for “As Long as I Can See” by Broke Royals on YouTube:

Broke Royals developed the song “As Long as I Can See” inspired by the unspoken emotional response to seeing a loved one after time apart. As such, the song smartly combines nonverbal communication with the warmth of analogue sound. Although intimate, the song is still deliberately a dance number in the fashion of the band’s beat-driven electropop.

Philip and Colin first released the video in September, recognizing that the month was Deaf Awareness Month, and the International Week of the Deaf fell on the week of Sept. 18. So, they created a video that could be enjoyed visually without the sound if necessary.

Catch Broke Royals in action and find out why CBS hailed them as one of the best live bands in DC. Buy your tickets online.