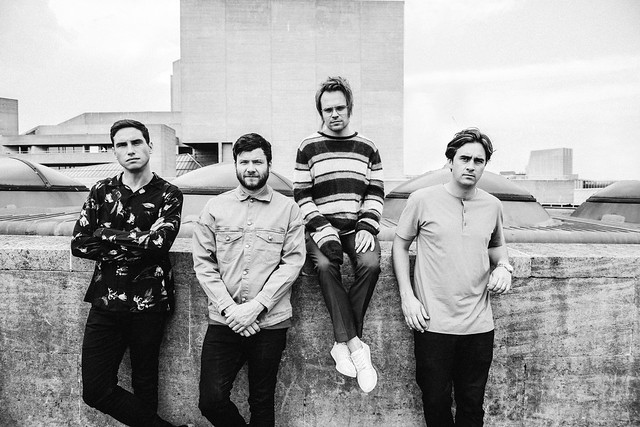 English rockers Enter Shikari released The Spark, their fifth studio album, via Ambush Reality and PIAS Recordings last fall. The quartet are touring North America, and they play at 9:30 Club on Sunday, Jan. 28.

Enter Shikari showcased their sense of humor on their recent video for “The Sights,” the latest single from The Spark. “Was told we were going big budget for this one. First band to play in space, they said… it’ll be amazing, they said. Load of shite,” complained vocalist Rou Reynolds, Enter Shikari.

Undaunted, video director Kristian Young said, “I had the idea of making Enter Shikari the first band ever to perform in space… we didn’t have enough budget to get them there and back, so just faked the whole thing in a studio in East London. Take that, Kubrick!”

Watch the official music video for “The Sights” by Enter Shikari on YouTube:

The latest album did quite well for Enter Shikari, putting them in the Top 5 on the UK charts for the third time. In a review for Drowned in Sound, Luke Beardsworth praised the band for tackling big issues like corporate greed and global warming, all while continuing to change their sound.

“Now, despite that obsession with not standing still and (arguably because of) their predication to tackling major issues, Enter Shikari have become a proper arena band. It’s a significant achievement and a tribute to how much they resonate with an increasingly dedicated fanbase,” said Luke.

One of the great things about living in DC is getting to see bands that command UK arenas perform in our terrifically intimate 9:30 Club. Buy your tickets online.