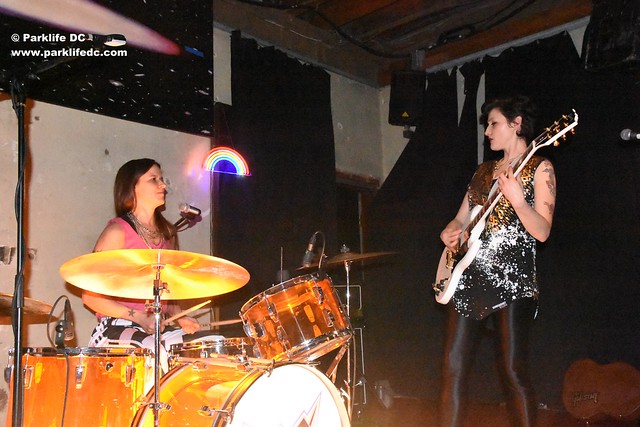 Listening to Bat Fangs, the full-blast duo of Betsy Wright and Laura King, is a delightful exercise in identifying influences. But their electrifying lines of rock ‘n roll truly ignite in live performances, such as with the band’s sold-out show at Comet Ping Pong on Friday.

With Betsy on guitar, Laura on drums, and Aaron Deal of Darkest Hour on bass, Bat Fangs blasted their way through a raucous set of hard rock gems in a room bursting to capacity. Over roughly 30 minutes, the band presented songs from their self-titled debut album, released on Feb. 2 via Don Giovanni Records, along with a few pleasant surprises. “Wolfbite,” Bat Fang’s first single, was among the best of the set, rumbling rough with a garage rock aesthetic and arena-ready guitar that could segue comfortably into Def Leppard’s “Photograph.” Bat Fangs get a bit more glam on “Rock the Reaper,” an addictively catchy two minutes of sonic bliss that could serve as a stylistic and lyrical rejoinder to “Fox on the Run” by The Sweet.

Listen to the debut album by Bat Fangs on Bandcamp:

Throughout, Betsy’s vocals were undeniably feminine, and there was a steel to her timbre that refuses to melt under fire. Her winsome voice recalled an element of Pat Benatar singing over the sturdy guitar of her husband Neil Giraldo — except that remarkably Betsy is both Pat and Neil in this scenario. Betsy’s guitar riffs could rival Giraldo’s turn for “Jessie’s Girl” (by Rick Springfield) for pure thundering fun.

On drums, Laura pounded beats like rivets in a flurry of sticks that managed to be precise yet fluid. She’s surprisingly muscular, and I don’t simply mean that in the tone of her arms but rather in the robustness of her noise. Together, Betsy and Laura share a graceful chemistry although Betsy “plays to the drums” less than she does as part of the rhythm section in Ex Hex.

Aaron, bassist for Darkest Hour since 2011, proved a smart choice for hardening their sound as he wisely leaned in to double down on the rhythm when necessary and stepped back to let the songwriters light up the room for most of the show.

Later in the show, Bat Fangs performed a new song, perhaps to be titled “Talk Tough,” about not wanting to be alone despite a hard demeanor. The song is a very relaxed, melodic number for Bat Fangs despite a particularly frenetic pace set by Laura on the drums. And they surprised with an appealing cover of “Talk Dirty to Me” by Poison, emphasizing their glam chops.

Starting Thursday, Feb. 15, Bat Fangs hop onto a tour with Superchunk, opening for the alt-rock quartet through March 16 when they wrap it up in Houston. Along the way, Bat Fangs perform at SXSW on March 13 and 14! Indeed, Bat Fangs generally have been killing it with a string of great shows, including a performance at the soft opening of The Anthem on Oct. 8. The super sold-out show at Comet Ping Pong was further evidence that the band are on fire with bigger venues in their future.

Here are some pictures of Bat Fangs performing at Comet Ping Pong on Feb. 9, 2018. 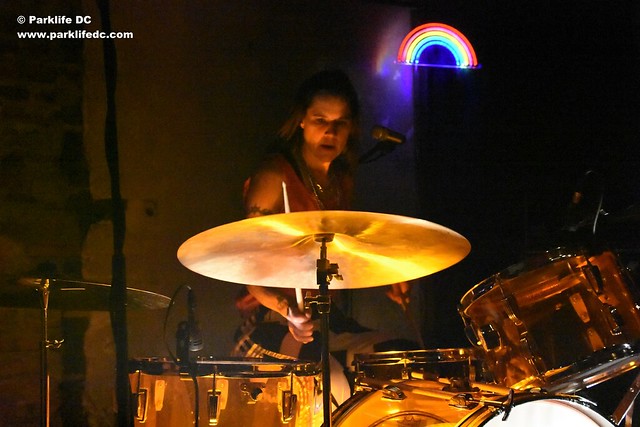 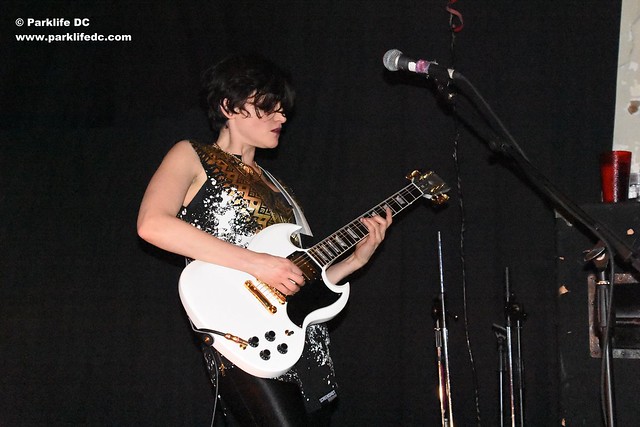 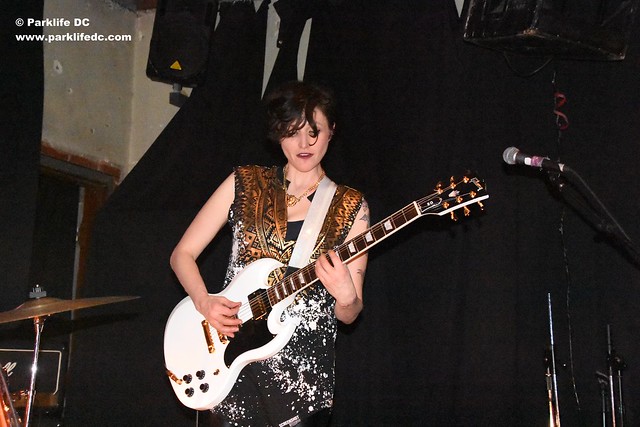 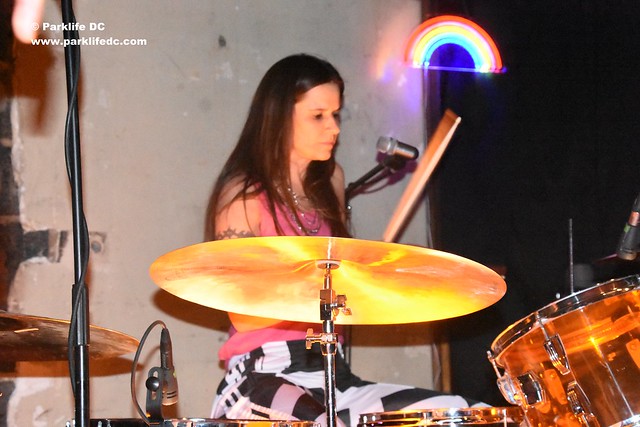 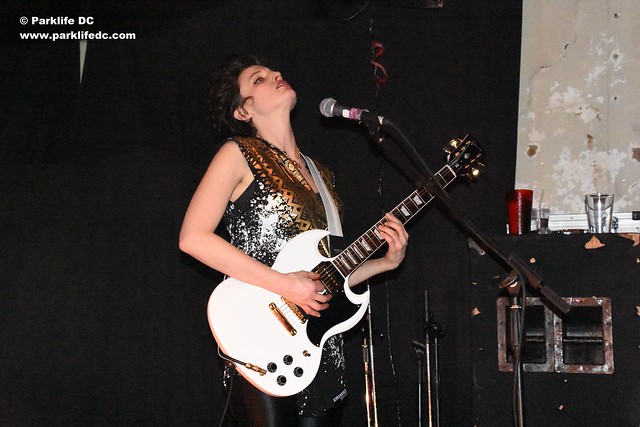 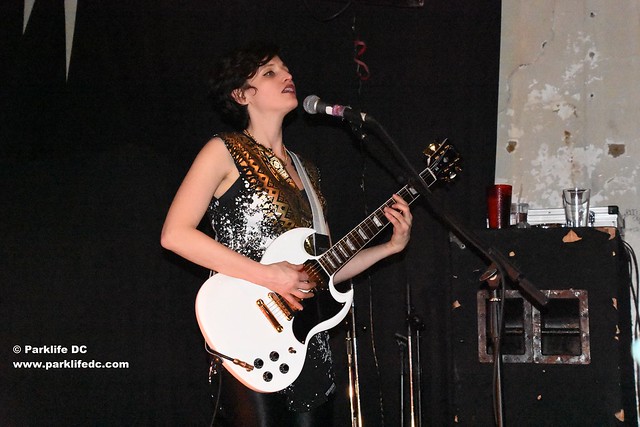 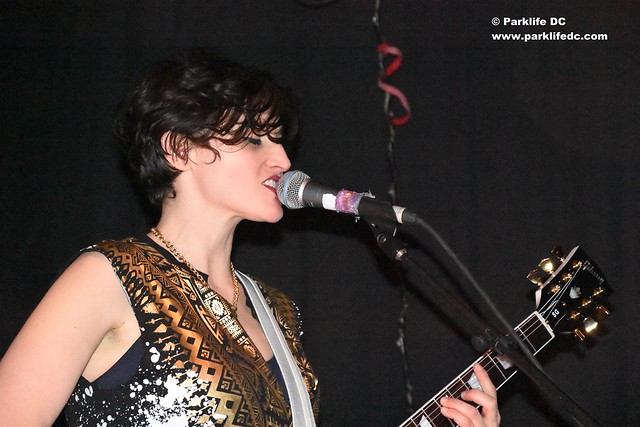 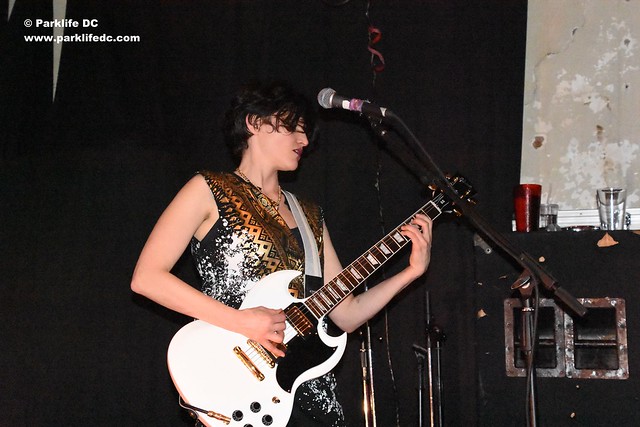 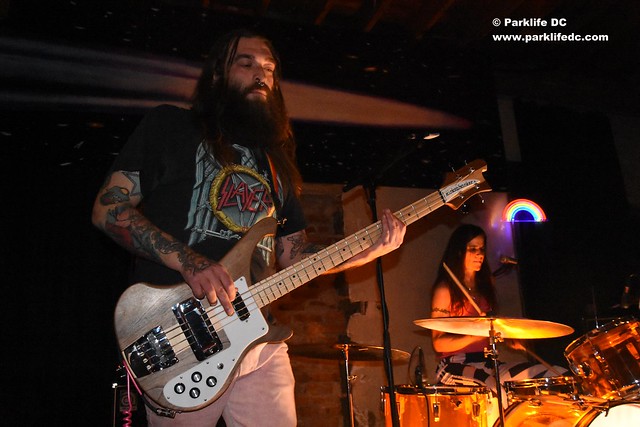 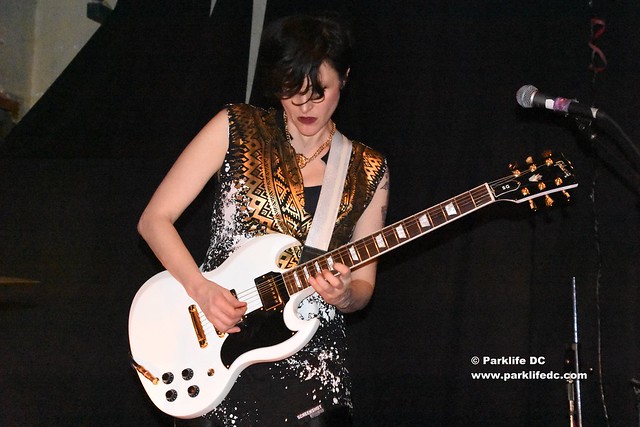 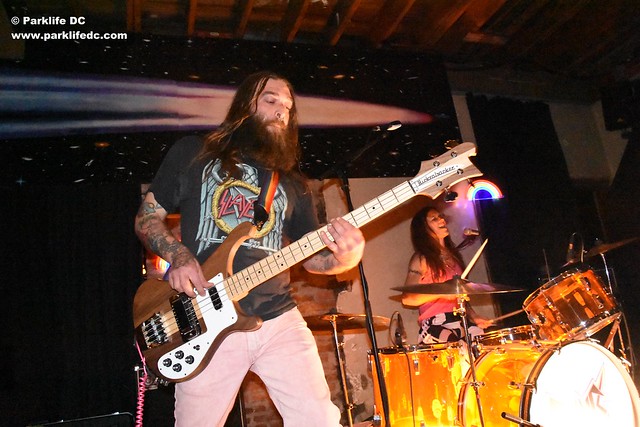 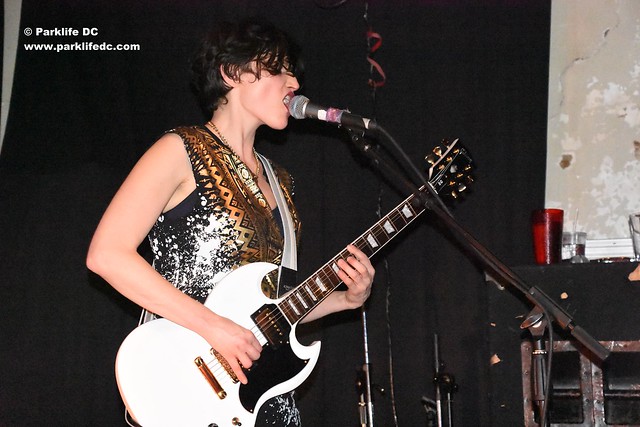