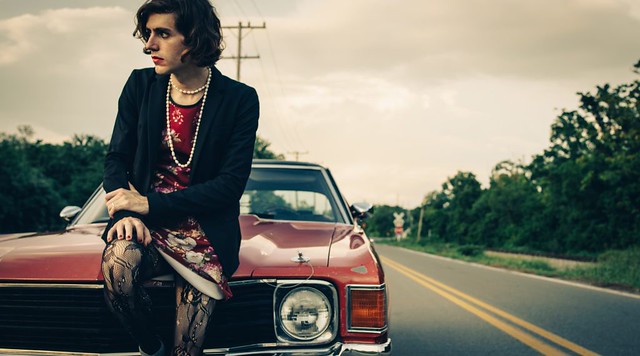 Said the singer-songwriter of his new album, “Not a concept record, but almost a novel, or a cluster of stories on a theme, a combination of fiction and a half-true memoir. A personal companion for a paranoid road trip. A queer outlaw saga.”

Watch the official music video for “Love You So Bad” by Ezra Furman on YouTube:

Ezra is accompanied by his backing band, The Visions — Tim Sandusky (saxophone), Jorgen Jorgensen (bass, cello), Ben Joseph (keyboards, guitar), and Sam Durkes (drums/percussion). In the new album, Ezra gets raw and personal, and the experience of recording these songs put emphasis on the dynamics in the band.

“My previous records were original in their own way, but got classified as an off-kilter version of a retro band, and I wanted something that sounded more original,” Ezra said. “So, we took time off touring, and made sure we took time with every song. I demoed with different band members, and then combined different demos — some parts even made the final album. So, the sound is more chopped up, edited, affected, rearranged.”