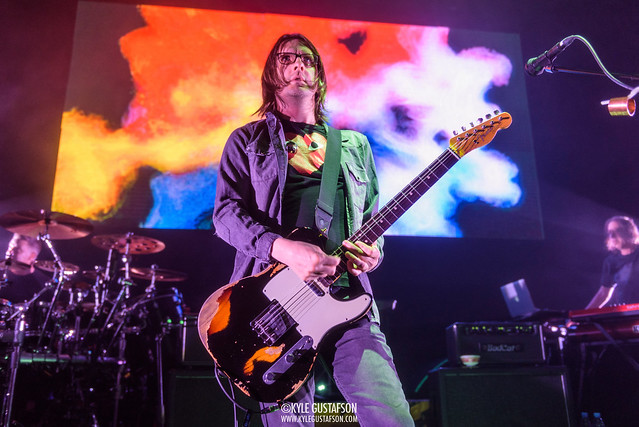 Steven opened the show with “Nowhere Now” from the new album, fulfilling his promise to deliver music that is both thought-provoking and accessible. Over the course of 20 songs, he played nine from the new album. The audience was thrilled to hear another seven selected from the catalog of Porcupine Tree, including “The Creator Has a Mastertape,” “Arriving Somewhere But Not Here,” “Sleep Together,” and “The Sound of Muzak,” among others. 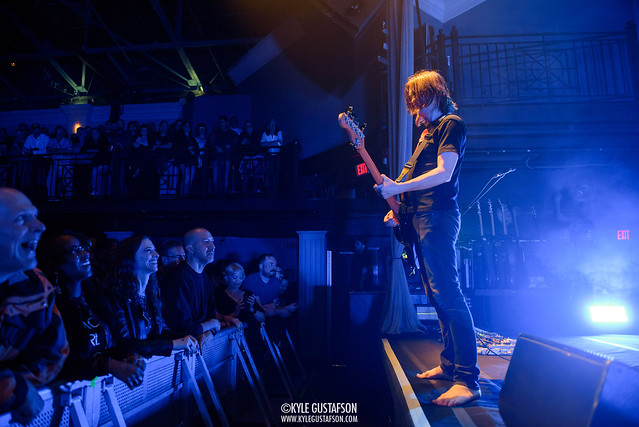 Closing his set with the remarkable “Song of the Unborn” from the new album, Steven sang of pursuing and fulfilling your dreams, a fitting end to an engaging show. Steven resumes his tour starting tomorrow, April 27, in Boston, and continues to perform in the United States through a show in Phoenix on May 14. Go early to see Paul Draper of Britpop band Mansun open the concert! Here are a few more photos of Steven Wilson performing at 9:30 Club on April 24, 2018. 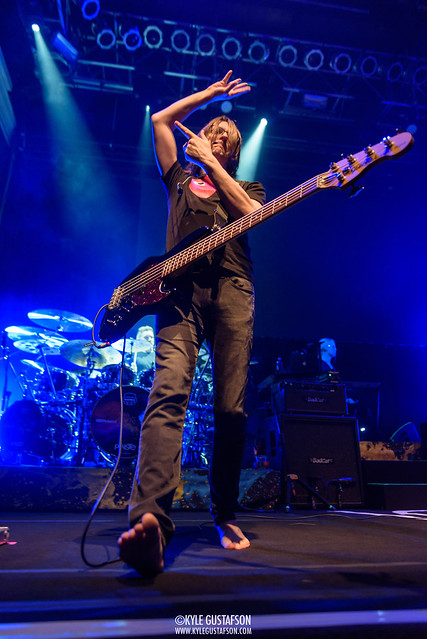 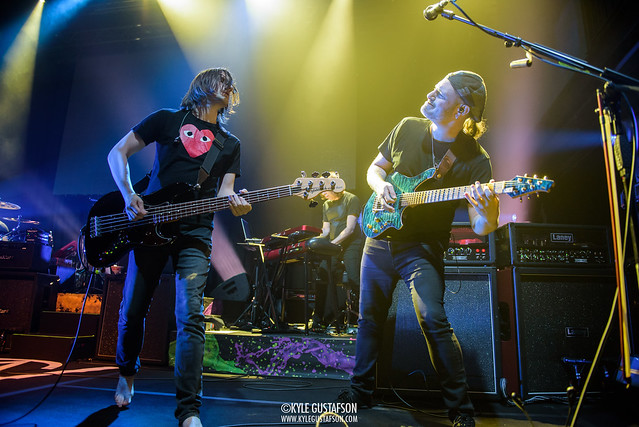 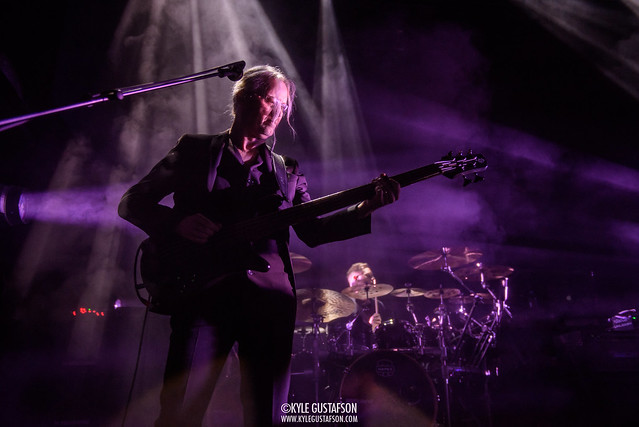 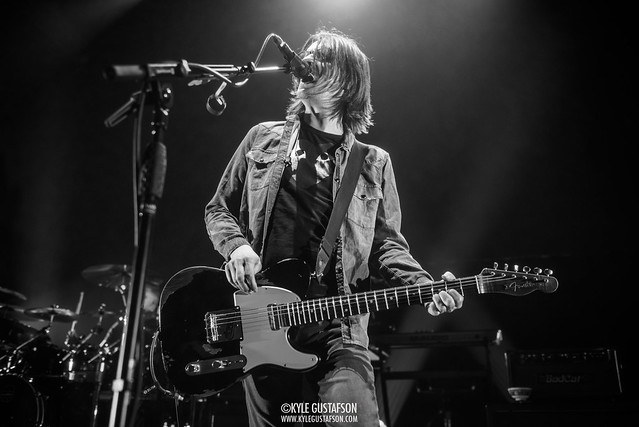 Opener Paul Draper started the night off with a seated, acoustic set that drew from both his latest solo effort, 2017’s Spooky Action, as well as songs from his former band Mansun. Draper played three tracks off Mansun’s debut album, Attack of the Grey Lantern, a late-era Britpop classic that went to #1 in the UK charts in 1997 the week before the Spice Girls debut album landed.

Paul’s stunning voice is still in fine form, as he easily hit the requisite falsetto notes in his biggest hit, “Wide Open Space”. His newer material, especially “Friends Make The Worst Enemies” sounded just as vital and ambitious as anything Mansun ever released.

Here are some photos of Paul Draper performing at 9:30 Club on April 24, 2018. All photos above of Steven Wilson and photos below of Paul Draper copyright and courtesy of Kyle Gustafson. 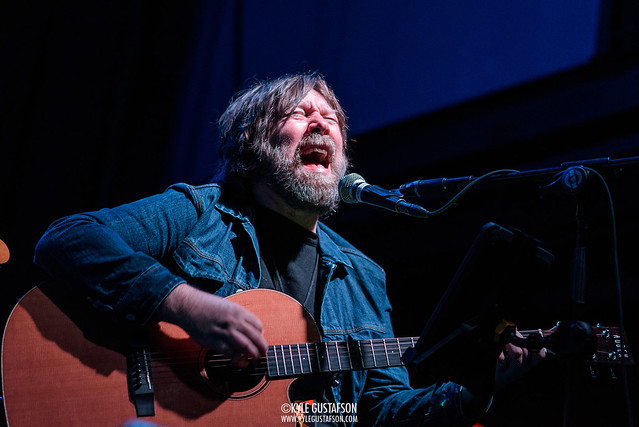 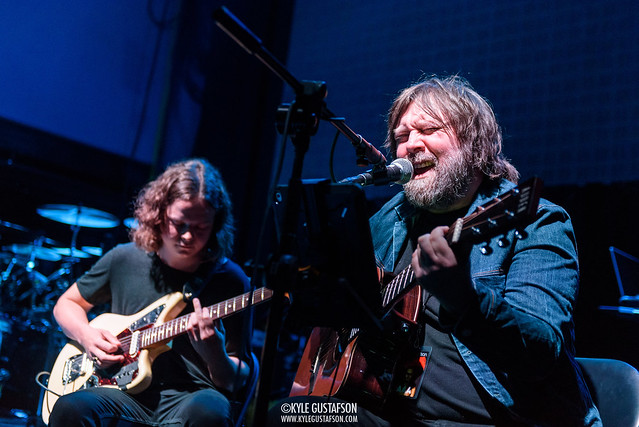 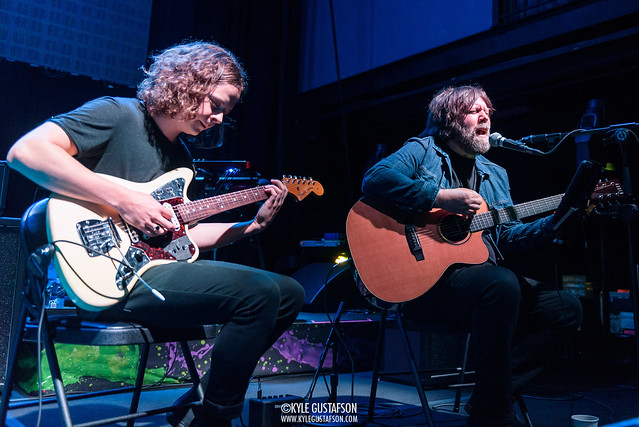 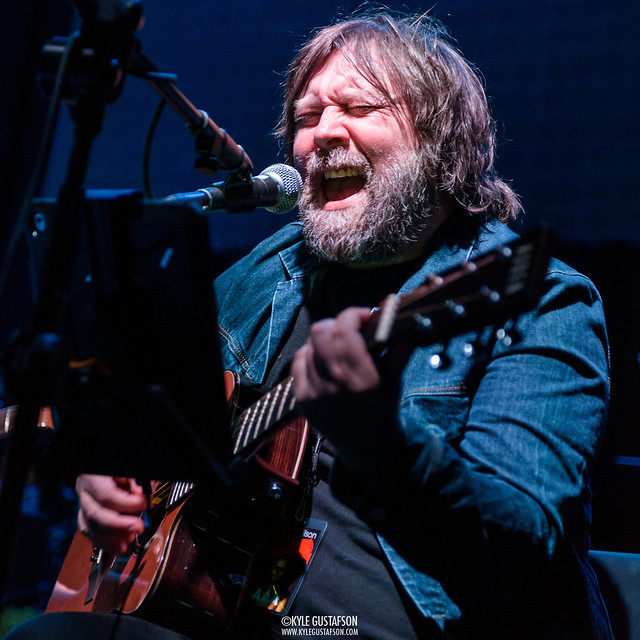 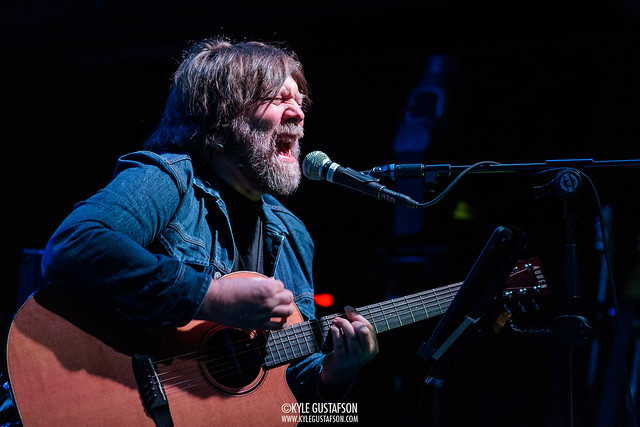