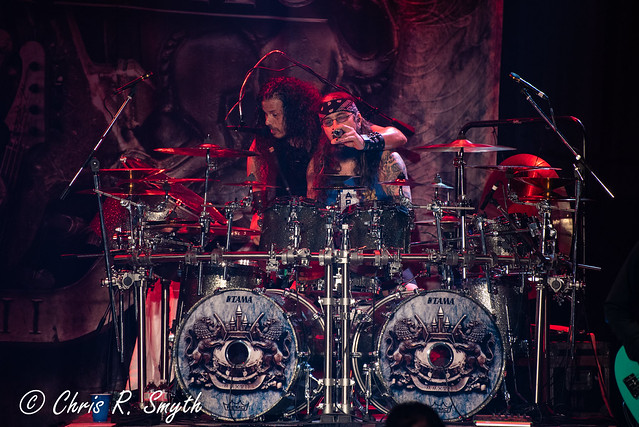 You hope that with any band, the whole is greater than the sum of its parts. But when you start with amazing individual parts, the expectations can get quite high. Fortunately, with prog-metal supergroup, Sons of Apollo, those expectations were not only met but exceeded in a thrilling show at the Howard Theatre on Sunday.

When looking at Billy Sheehan and Bumblefoot, it’s hard to imagine how two guys who look so differently on stage could be in the same band. Clean-shaven Billy, with his black shirt buttoned up and his blonde hair neatly pulled back into a ponytail, rarely left his side of the stage. Bumblefoot, shirtless, with a black jacket unzipped, and a long braided beard, threw his hair wildly around while covering all corners of the stage. But while they may have appeared polar opposites on the outside, it’s their elite technical abilities at their instruments that made them very much alike. Both men played double-necked guitars the entire set — and they put on virtuoso performances that can appreciated when heard, but they are truly mind-blowing when seen.

Performing before a small crowd at the Howard Theatre, Jeff couldn’t help but mention the elephant in the room, joking, “Everyone must have stayed home to watch the NBA Western Conference Finals.” And he added, “You may be a small crowd, but you are a mighty crowd!”

The lack of numbers in the audience did not affect the performance on stage. Sons of Apollo played for more than two hours, engaging with the crowd and each other all along the way.

Sons of Apollo hit The Howard Theatre on the final night of their North American tour. Touring in support of their 2017 debut album, Psychotic Symphony, Sons of Apollo spent most of the show playing every track off the record. Despite the undeniable heaviness of their music, Sons of Apollo have a very jazz-like quality to their sound. At times, each musician seemingly took their instrument off in their own intricate route through the song, but it never felt chaotic, as someone was always in control and took the lead — and the others fell in to support the showcase. The performance of “Labyrinth” showed this well, with Bumblefoot, Sheehan, and Sherinian each getting solos.

In addition to their own music, Sons of Apollo managed to fit in a few covers as well. A fun, heavy cover of the Pink Panther Theme brought some levity to the overall blistering night of music. A cover of “Save Me” by Queen, played only on guitar by Bumblefoot and sang by Jeff, gave the crowd a sing-a-long moment. But the greatest cover moment came when the Sons of Apollo returned for their encore. After a musical intro, the guys stopped and Mike Portnoy asked where their singer was. Jeff Scott Soto was having a drink at the bar, and then he moved to the fans when the band kicked into Van Halen’s “And The Cradle Will Rock” to hang out and sing with everyone in attendance.

The night ended with the second song on Psychotic Symphony, “Coming Home.” The sentiment was clearly felt by the band members as they expressed their excitement to take a break from touring and finally spend some time back at their own houses.

Here are some pictures of Sons of Apollo performing at the Howard Theatre on May 20, 2018. All photos copyright and courtesy of Chris Smyth. 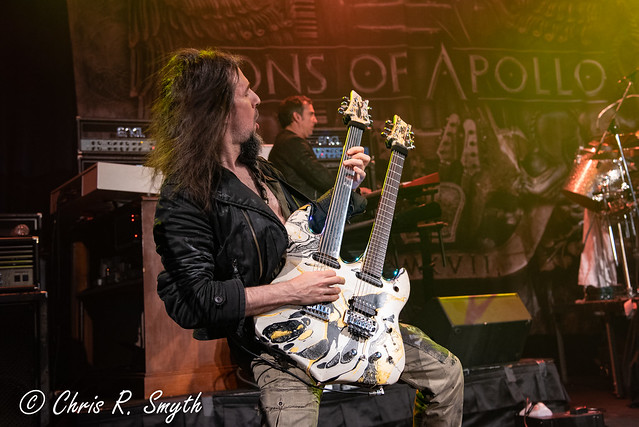 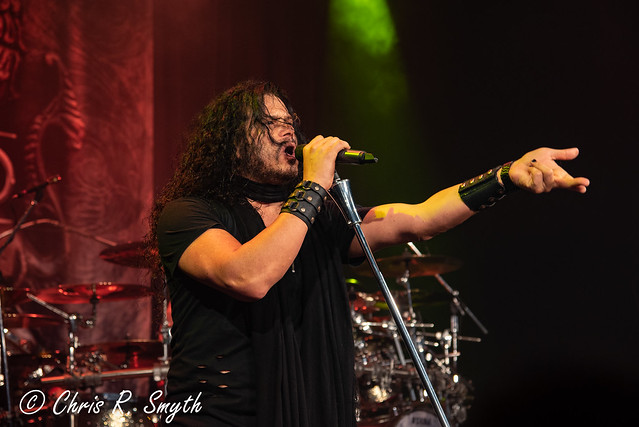 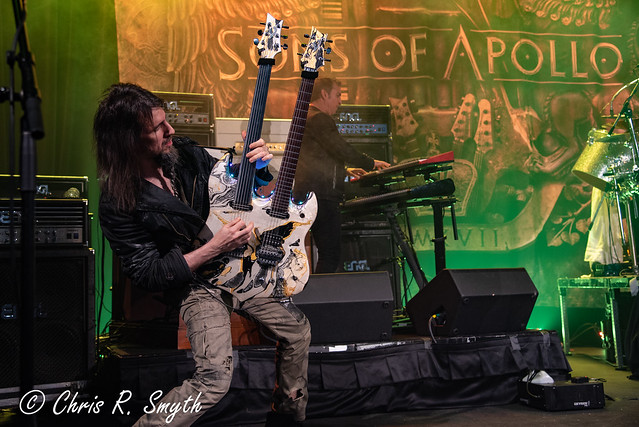 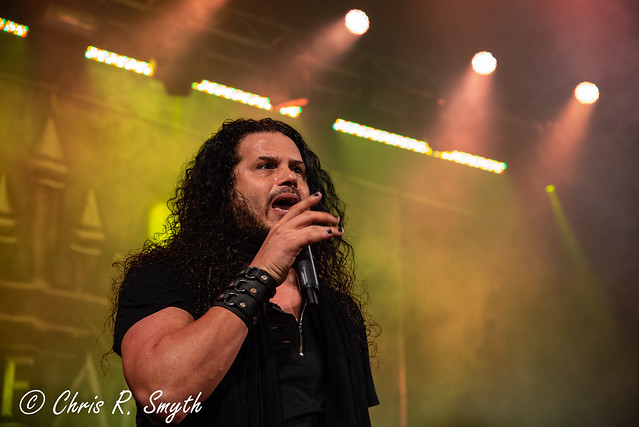 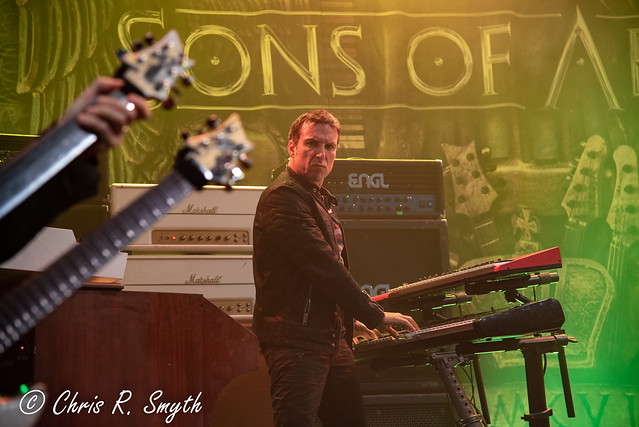 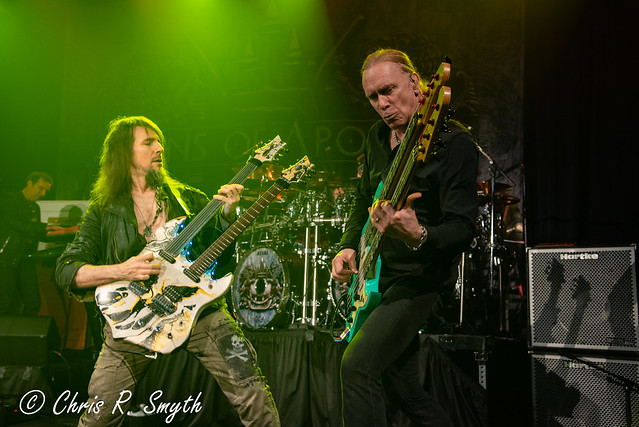 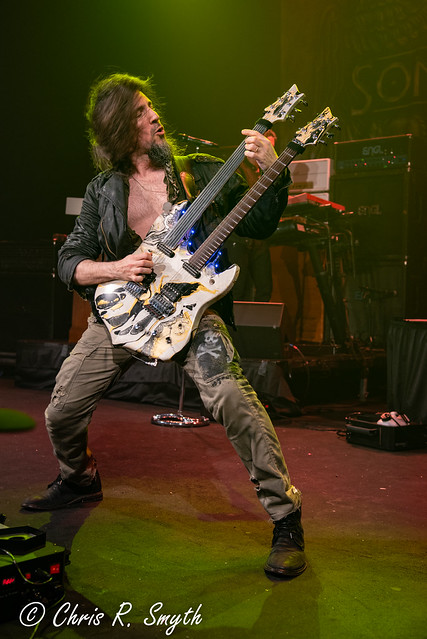 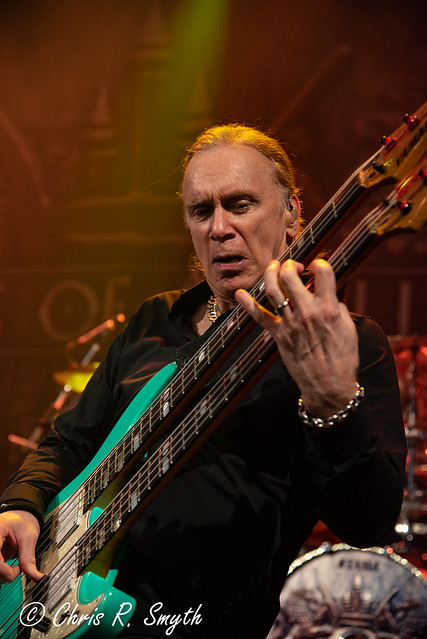 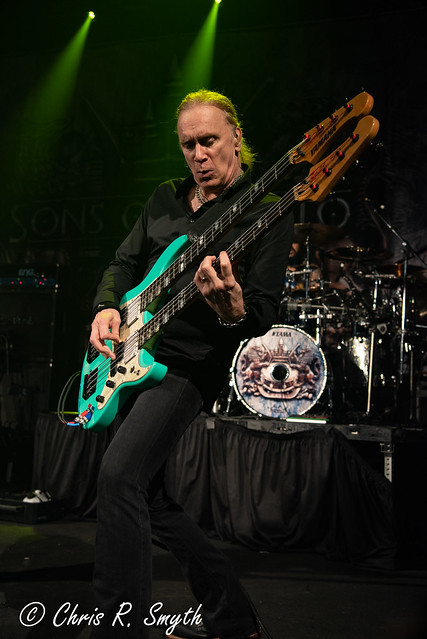 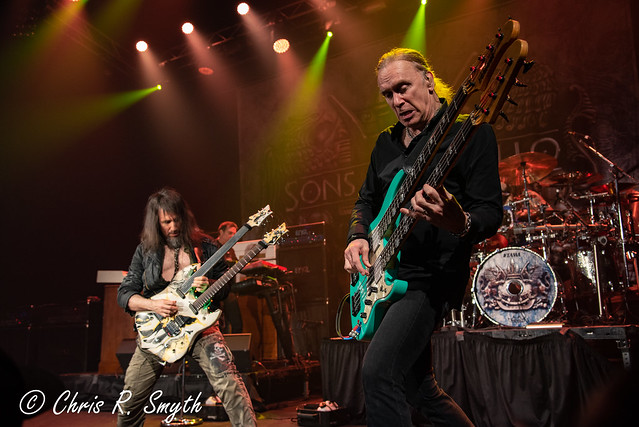 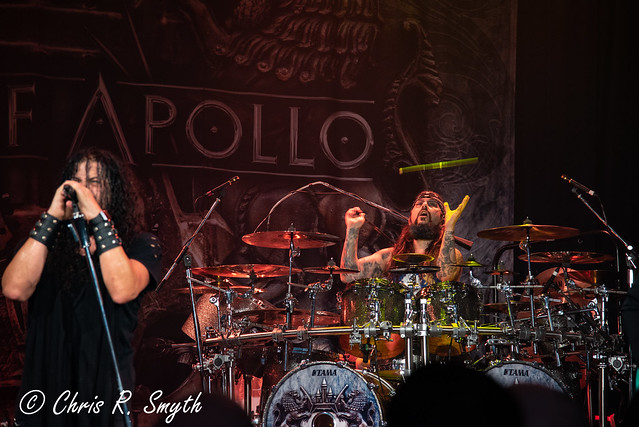 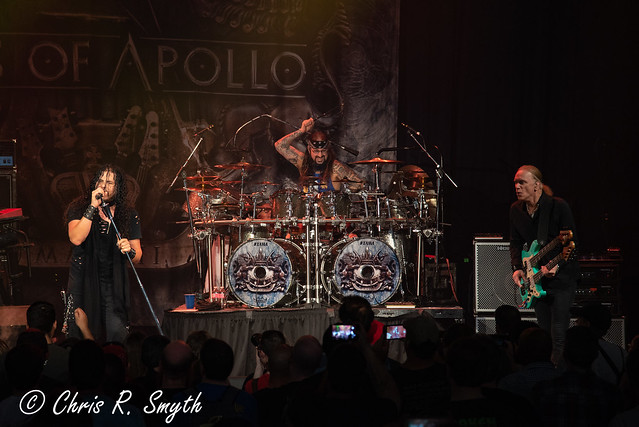 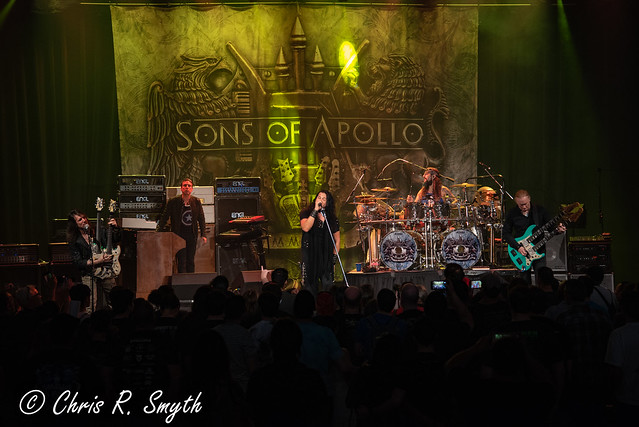 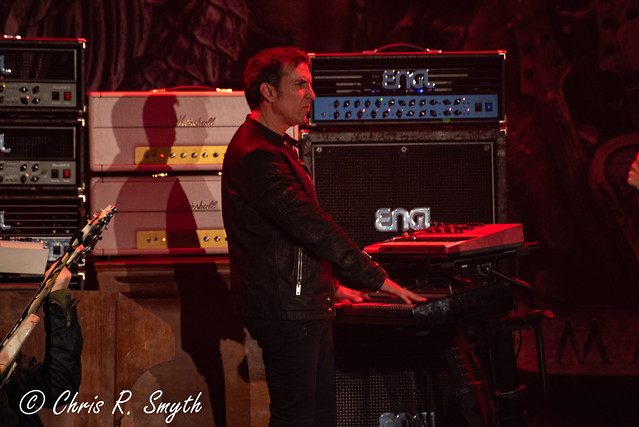 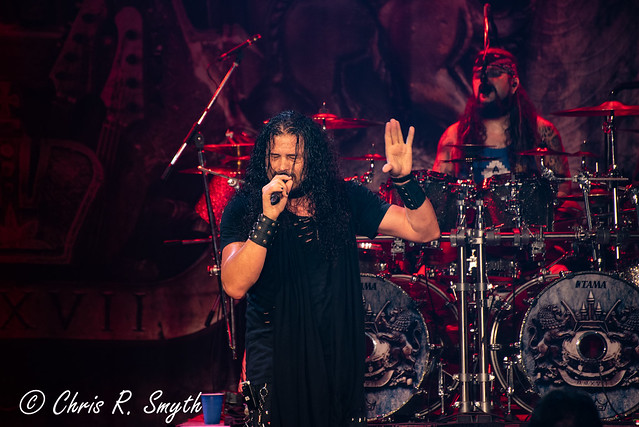 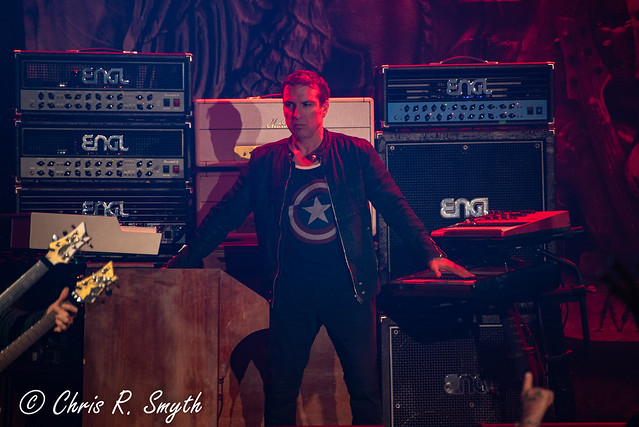 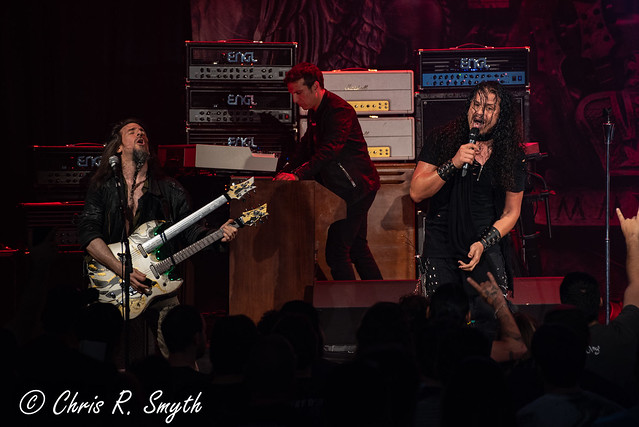 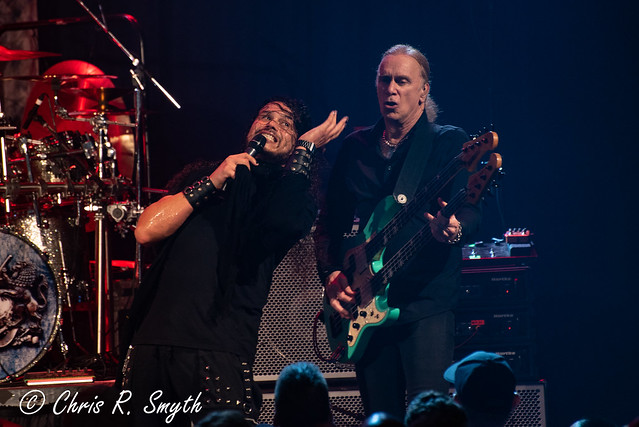 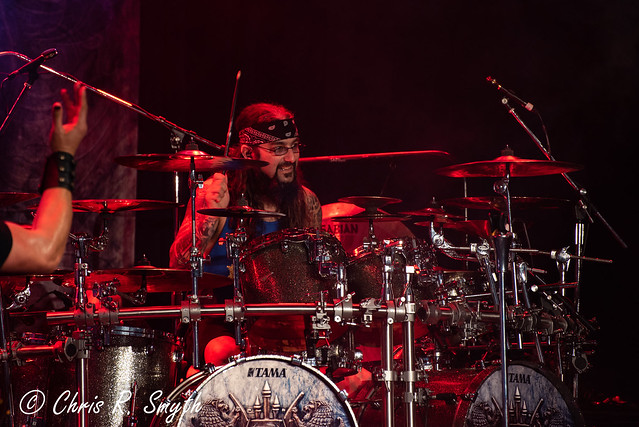 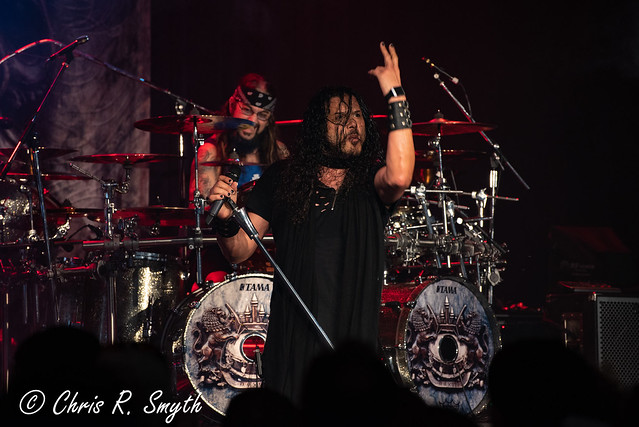 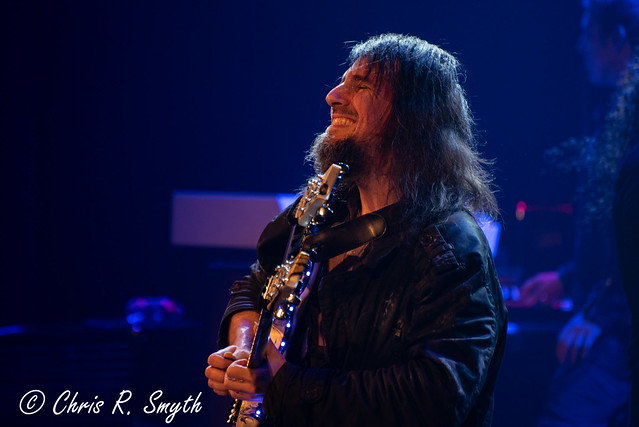 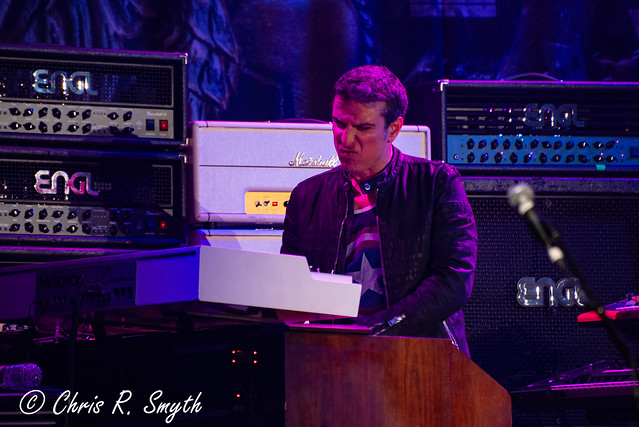