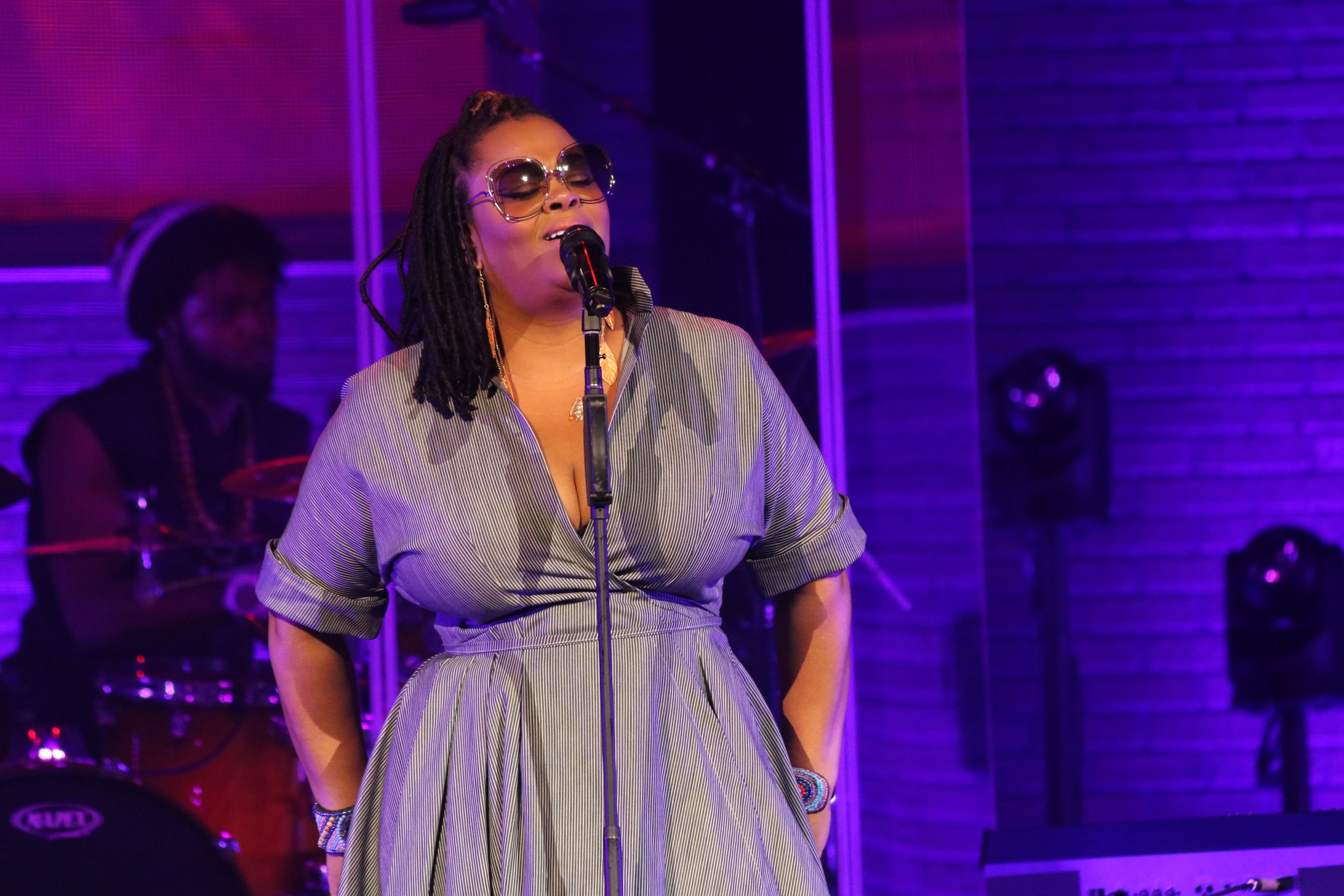 The sexual. The sensual. The political. The empowerment. Jilly from Philly — you know her as R&B veteran Jill Scott — gave MGM National Harbor a potent dose of all four experiences on Saturday.

Megawatt smile and grown ‘n sexy stride in tow, Jill introduced her setlist with 2007’s “Breathe,” which as a midtempo number allows concert-goers to begin to bop while Jill brags about her lyrical skills. The short intro transitions into “Whatever You Want” from the 2004 album, Beautifully Human, Words and Sounds Vol. 2. The song could not reach its full potential due to minor sound glitches; however, with five albums and 18 professional years under her belt, Jill removed her shoes and held an exchange with fans while the issue was addressed, determined to put the focus on her audience.

The setlist found its groove when Jill morphed into an anti-government surveillance political pundit and rapper when she performed “Watching Me” from the debut album, Who Is Jill Scott? Words and Sounds, Vol. 1 (2000).

The second of six setlist singles from her debut album, “Slowly Surely,” featured the shine from her all-male trio of background vocalists and big band style instrumentation. Both elements complemented Jill as she delivered a theme of self-worth and reciprocity in relationships. She created an element of relatability, with 2015’s “Fools Gold” serving as a reminder that everyone makes stupid and regretful choices on the quest to find love.

MGM National Harbor received a monologue of self-help and self-love with a standout and stripped down version of 2011’s “Missing You.” Jill revisited ’80s-era Philadelphia with her first love in 2000’s “Remember Me,” and the live version received an extended spoken word treatment from Jill while her background singers freestyled playfully without overpowering her.

The latter half of the show was brash and bombastic. Jill was delivered an in-your-face performance with “Hate on Me,” which then transitioned into a heartfelt pep talk about the social-media driven pressure to be perfect and the value of family therapy. It was evident that Jill had no qualms with being the comforting big sister figure as she smoothly drank a sip of red wine after the sultry performance of “Is It the Way” (2000). Received with praise and hollers, she promised that everyone would have a satisfactory sex life during a tactful simulation of oral sex in-between performances of cupid-callers “Long Walk” (2000) and “Cross My Mind” (2004).

The evening ended with a party, literally. Jill Scott, her band, and brave fans danced without a care during the rendition of the DC Go-Go anthem, “Doin Da Butt,” which transitioned into her final (and also Go-Go infused) performance of “It’s Love” (2000). The energy, the connection, and musicality of the set were amazing — a more diverse showcase of her 17-year catalogue and five albums (her first two were the main features).

Get your ticket, get your feelings, and get your healing with Jilly from Philly!