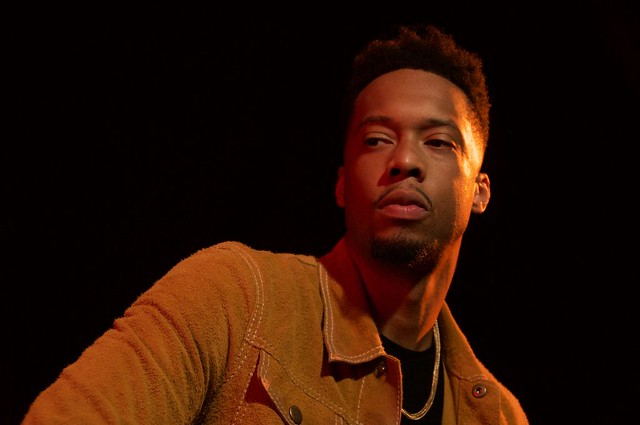 On Fever, the Detroit artist fuses funk, electronic, soul, rock, and hip-hop into 12 tracks that explore issues such as racism and social media addiction. The album’s lead single, “Laugh Now Cry Later,” examines life in a social media bubble, and its music video criticizes a society trapped by artifice.

“We directed the characters in a way that could leave the viewer to wonder if they’re real people or not,” said Black about the video. “Aside from the content of the song and the ‘dialogue,’ the stillness of the characters is another dimension to consider — are they humans in a robot-like state or are they robots mimicking human behavior? Their stillness also added a dimension of freakiness. A friend of the director’s enhanced the tears at the end to really bring that element of freakiness/subtle horror home. In terms of the message, I didn’t want to criticize the characters’ social media-induced trance, so I added myself as the delivery guy to show that I, too, am caught in the ‘trap.’”

In a review for Pitchfork, Jay Balfour praised the production of the new album.

“Fever continues the Detroit rapper/producer’s expanding live hip-hop jazz-band tradition and leans into psychedelic neo-soul in the process, something like P-Funk meets the Ummah. Black Milk is using a softer touch with drums than his previously bludgeoning boom-bap productions might have predicted, with a pair of accomplished session players, Chris Dave and Daru Jones, at the center of the mix. Their shuffling breaks—loose but punctual, and never boxy—quietly gas most of the record. The whole album has a warm hue, but the shape and pace of the tracks morph quickly,” said Jay.