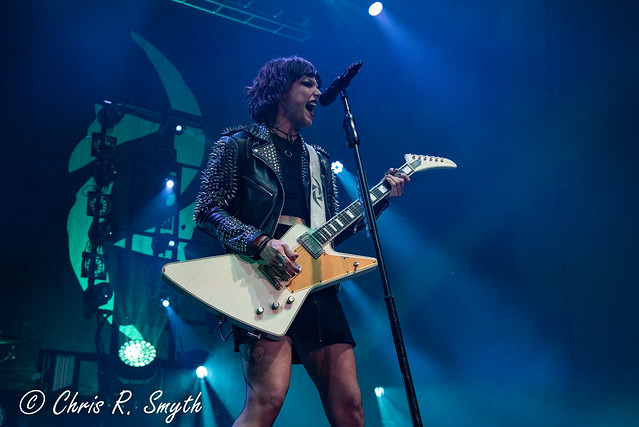 One of the most powerful voices in rock and metal today is owned by Lzzy Hale. On Tuesday night, she put that voice on full display for a crowd of excited fans at the UMBC Event Center at the University of Maryland Baltimore County.

Less than a week after releasing their latest album, Vicious, Halestorm hit the stage starting off with “Skulls,” a brand new song. They then went into “Love Bites,” “Mz. Hyde,” and “I Miss the Misery,” the first three songs from their second album, The Strange Case Of…

Wearing a studded, black leather jacket, black skirt, and bright pink heels, Lzzy Hale looked ready to join any of the great New Wave of British Heavy Metal bands of the ’70s and ’80s. Drummer, and brother to Lzzy, Arejay Hale came dressed in a fire engine red suit. The combination of his bright suit and the wildly erratic style in which he played the drums, Arejay looked like mix of Keith Moon and Animal from the Muppets.

Listen to Vicious by Halestorm on Spotify:

The night was a true display of Halestorm’s power through their new album. Including “Skulls,” Halestorm ripped through seven songs off of their fourth studio record. The heavy “Black Vultures” and the rocking “Killing Ourselves to Live” exemplified just why Halestorm are a great hard rock band who continue to get better with each album. The soft love ballad “The Silence” showcased Lzzy’s voice as one of the greats. With Joe Hottinger playing an acoustic guitar under a cascade of white lights, Lzzy sang with emotion while recalling a young love that continues to endure through the years.

Playing just down I-83 in their “Home away from home” of Baltimore, the York, Pennsylvania natives looked comfortable being back in familiar territory. Their hit song “Freak Like Me” turned the audience in to a frenzied mass. Lzzy’s scream toward the end of the song sounds like it is something that could only happen in a recording studio with the help of Pro Tools or other equipment. To see it happen live, and see that it is absolutely Lzzy, and not tools or tricks, made the experience of attending a Halestorm concert a completely worthwhile trip.

Here are some pictures of Halestorm performing at the UMBC Event Center on July 31, 2018. All photos copyright and courtesy of Chris Smyth. 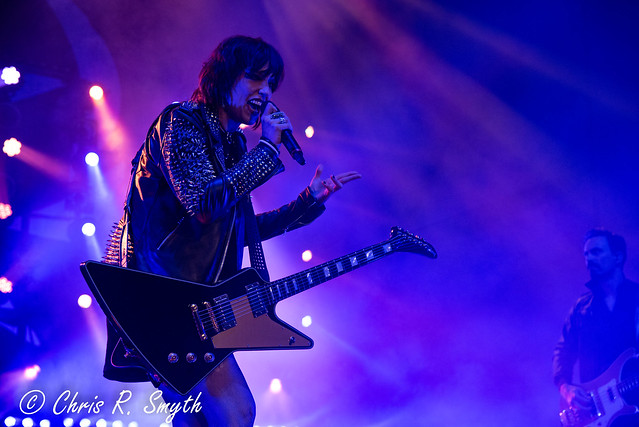 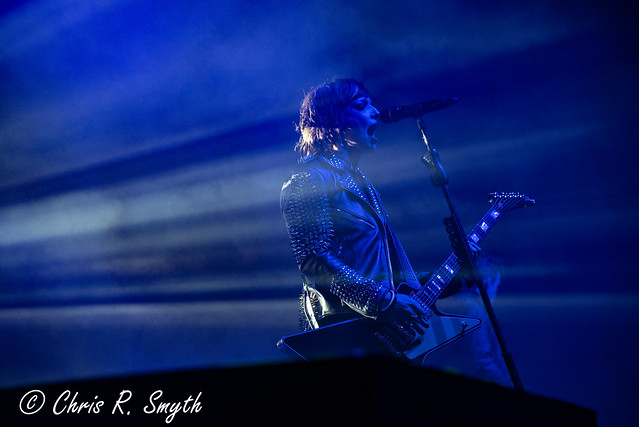 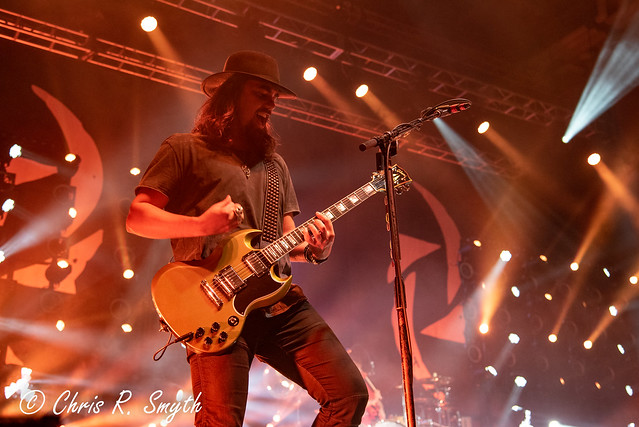 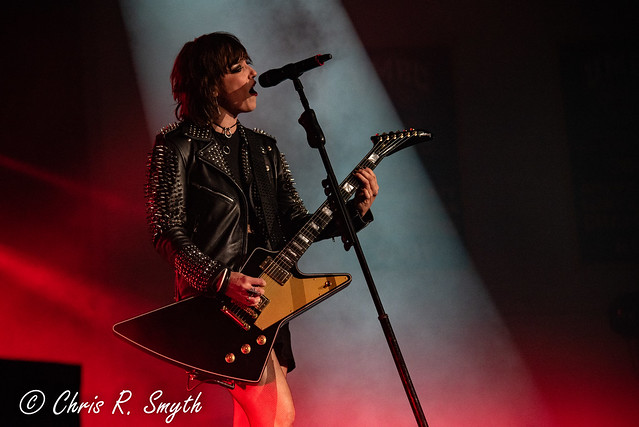 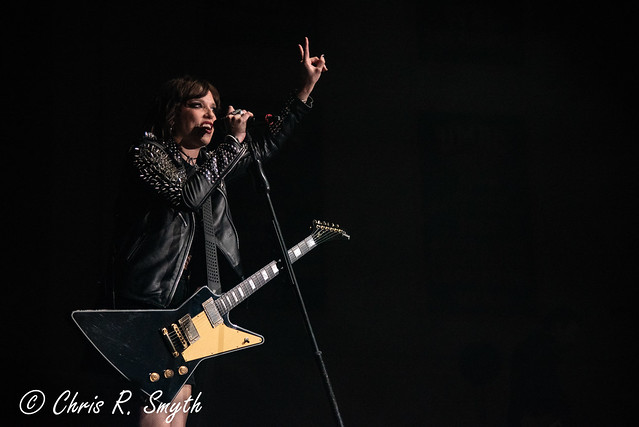 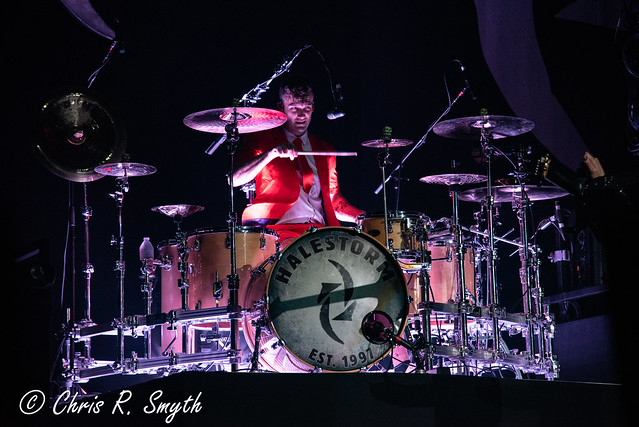 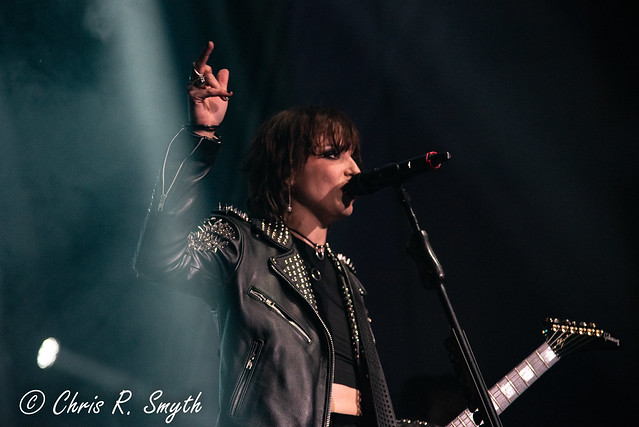 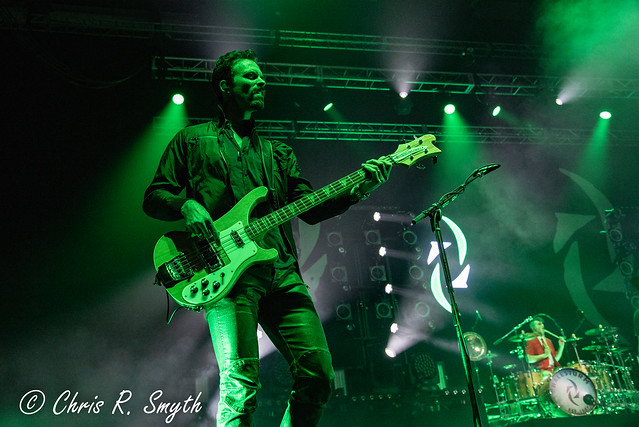 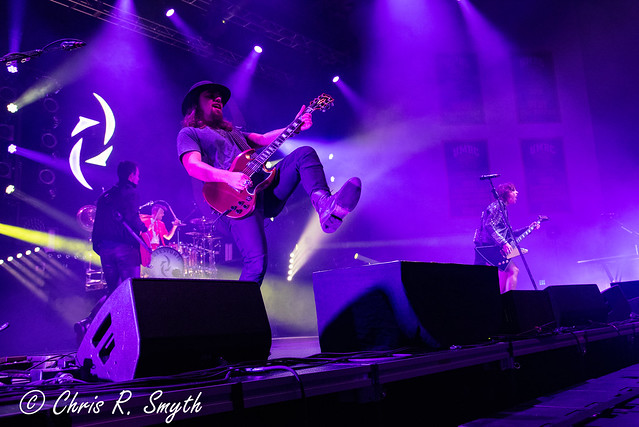 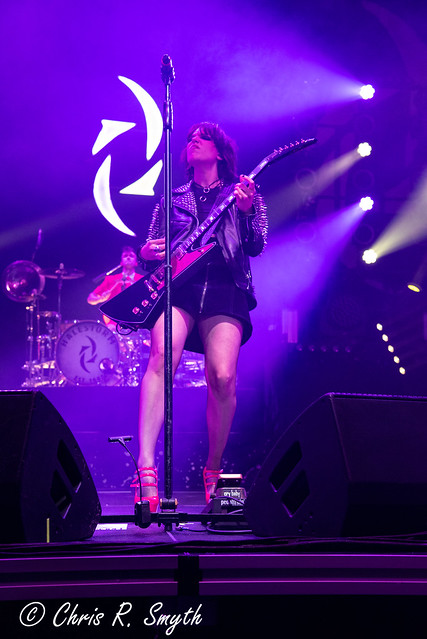 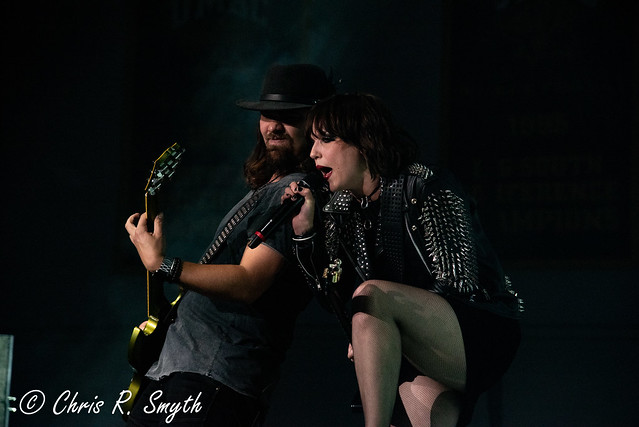 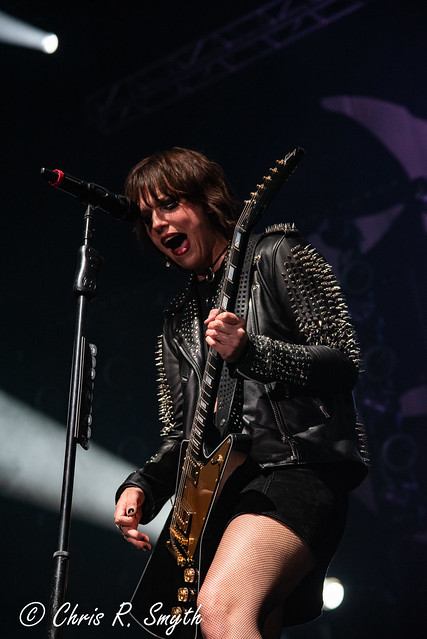 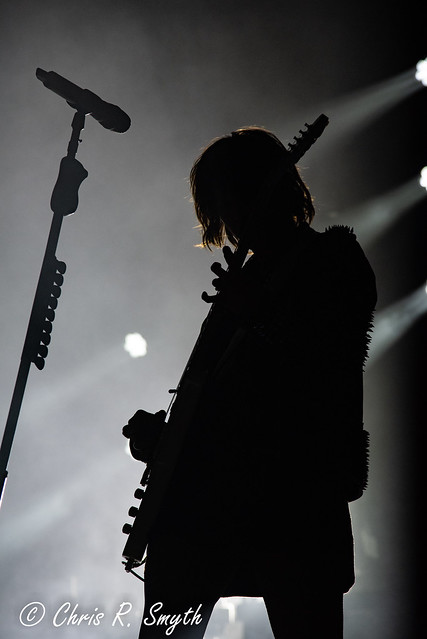 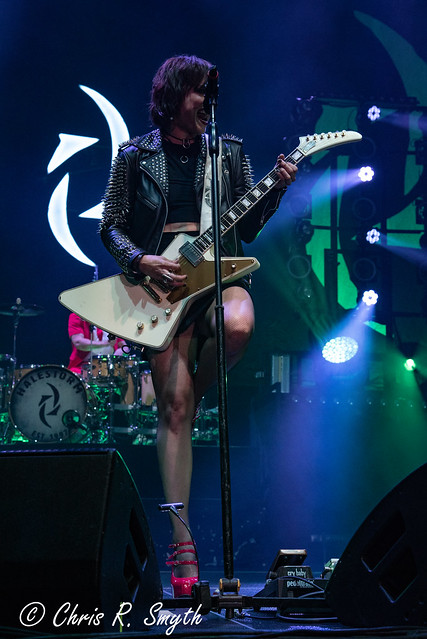 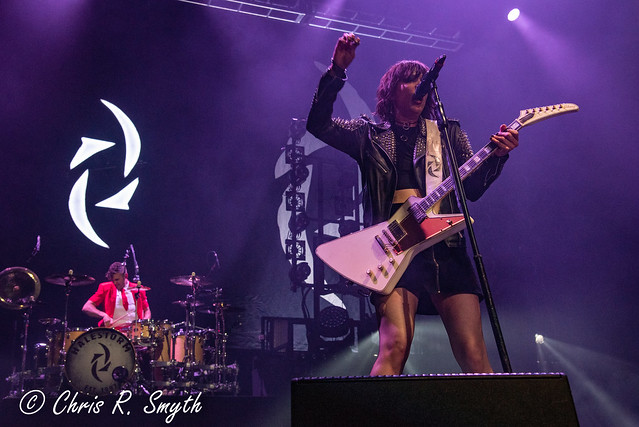 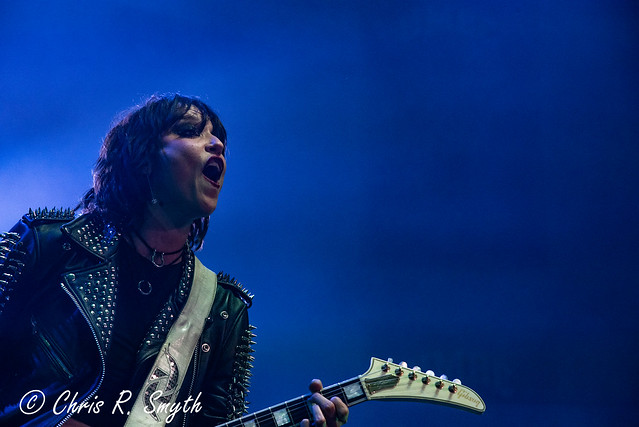 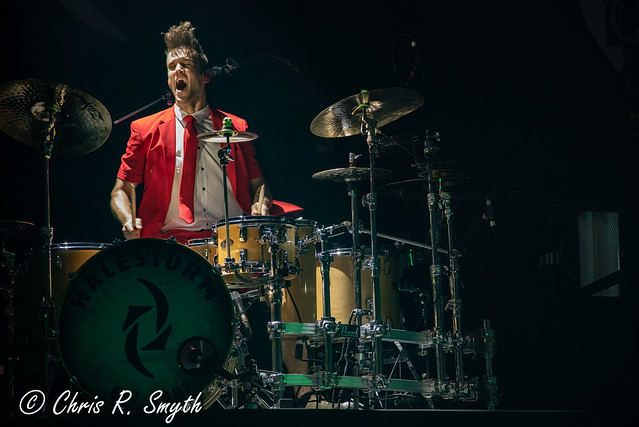