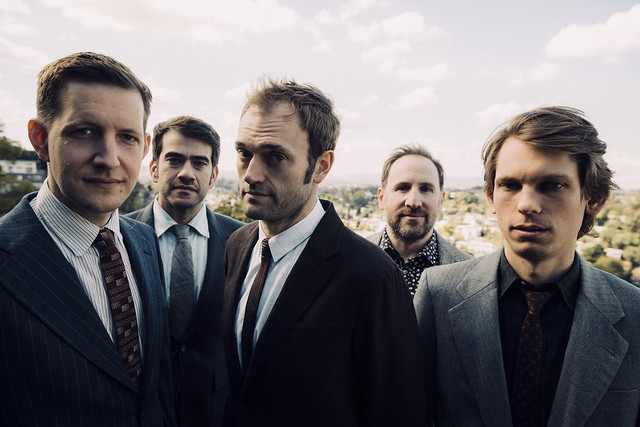 The Punch Brothers released All Ashore via Nonesuch Records on July 20. On Thursday, Sept. 6, the bluegrass Brooklynites perform at The Anthem!

“It’s a meditation on committed relationships in the present day,” said Chris Thile of the album, “particularly in the present climate.” He added: “We were hoping to create something that would be convincing as a complete thought, in this case as a nine-movement, or nine-piece, thought. Though it’s rangy in what it’s talking about, and in the characters who are doing the talking…”

Watch the official music video for “Jumbo” by the Punch Brothers on YouTube:

“Punch Brothers have crafted a deeply meaningful and downright gorgeous record that takes the world for what it is, but doesn’t use that as an excuse to give up,” said the Boston Globe in praising the record.

Hear it live for yourself! Buy your tickets online.