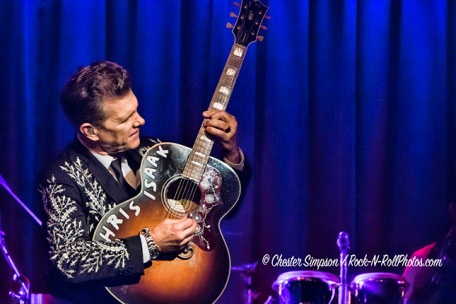 Chris Isaak performs at The Birchmere on Aug. 27, 2018. (Photo by Chester Simpson)

Chris Isaak’s fans are in love with him, and he loved them right back at The Birchmere on Monday!

One late night in 1982 1979, I walked outside of a SF punk club and noticed this guy who looked like Elvis standing around with a guitar over his back. He had just moved from Stockton, California, and he didn’t have the cash to go inside the club. He asked me if I knew the guitar player in the band the Avengers and asked if I would bring him outside to talk to him, cause he liked the guitar sounds he was hearing.

At the end of the show, I dragged Jimmy Wilsey outside, and Chris opened his notebook to show us songs he had written. Jimmy joined his band and that was the beginning of Chris’s first band Silvertone, a rockabilly group named after an ole guitar sold at Sears Roebuck in the ’70s. (Jimmy played bass for the Avengers and guitar for Chris.)

Chris has been called the Roy Orbison of the 1990s, and he is often also compared to Elvis Presley, Ricky Nelson, and Duane Eddy.

In the course of Chris Isaak’s career, he has released nine extraordinary albums, and he’s been nominated for two Grammy Awards He also acted in several motion pictures and starred in his own critically acclaimed TV series. Chris and his longtime bandmates — Kenny Johnson, Scottie Plunkett, Roly Salley, Hershel Yatovitz, and Rafael Padilla — have been together and entertained people for more than 32 years.

Chris is best known for his hit “Wicked Game,” as well as the popular hit songs “Baby Did a Bad Bad Thing” and “Somebody’s Crying.” His songs generally focus on the themes of love, loss, and heartbreak.

At The Birchmere show, Chris said, “Thank you so much for coming out and supporting live music. You guys are killing it, if this was a TV show, you’d be a great spinoff. You are sitting there watching us, but you didn’t stop to think that we are up here watching you. You are such a great audience that bands should just could come and watch you.”

In between songs, Chris told stories and jokes then invited some young ladies on stage to dance — and dance they did, showing the love they had for him. Until we see him again, visit http://www.chrisisaak.com.

Here are some photos of Chris Isaak performing at The Birchmere on Aug. 27, 2018. All photos copyright and courtesy of Chester Simpson. I’ve included a few early pix of Chris I took in the ’80s at the end. 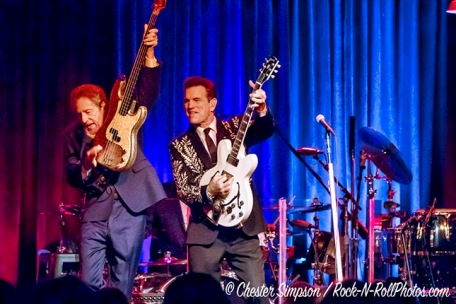 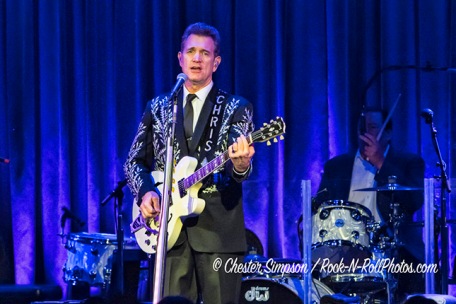 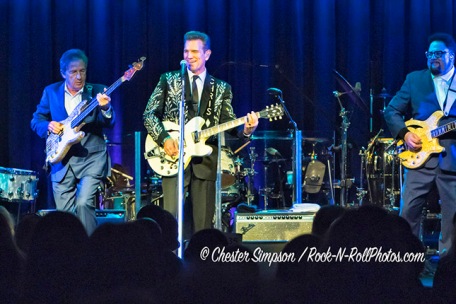 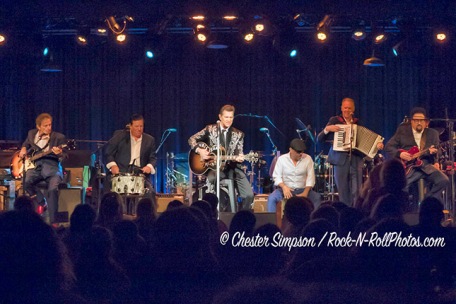 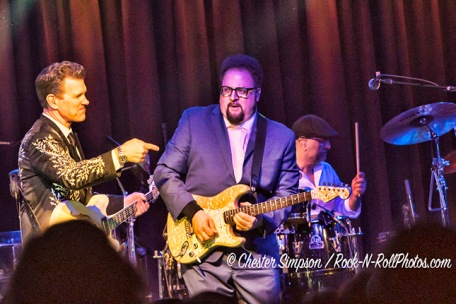 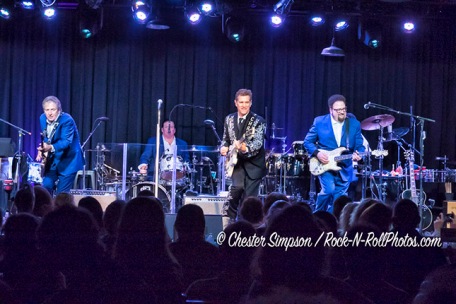 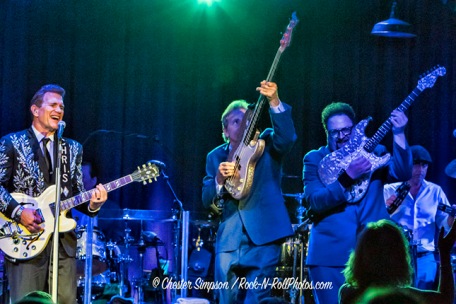 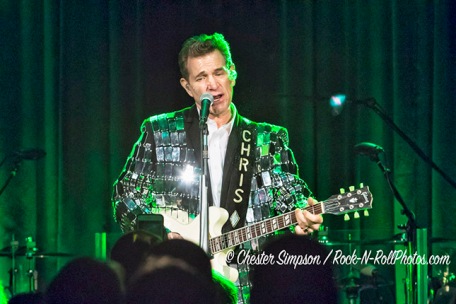 Chris Isaak and his band Silvertone in 1982