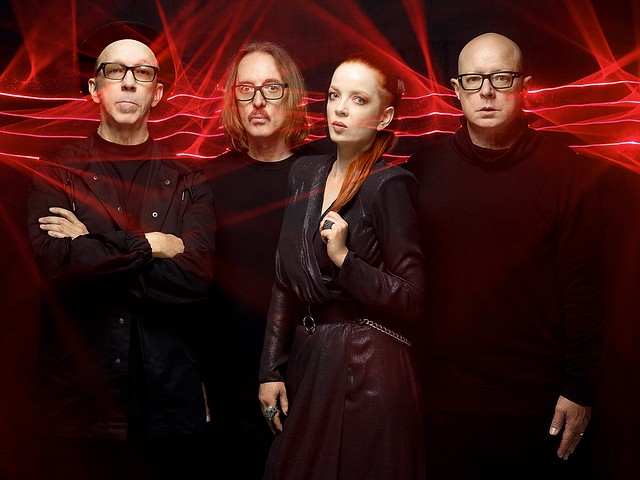 Led by frontwoman Shirley Manson, ruled the airwaves since releasing their debut self-titled album in 1995. They stayed together for 20 years, and finally took a break in 2005, only to reunite seven years later.

On reuniting with her bandmates, Shirley said, “I didn’t think I had it in me. I wasn’t sure any of us did. It takes a lot to stand back up… to get back to the point where you can go out there and do it again. You have to have an artist’s mindset. You have to be prepared to drop your vanity, be prepared to be humble, to throw yourself to the lions and accept defeat. And only then can you do the things that you never thought you’d do. As an immature Scot who thought everything could be robbed of me in seconds, that’s a weird realization.”

Watch the official music video for “I Think I’m Paranoid” by Garbage on YouTube:

Of course, since reforming, Garbage have released two new albums, Not Your Kind of People in 2012 and Strange Little Birds in 2016.

In a review of the latest album, Spin raved about Version 2.0 (and the rest of the Garbage catalog).

“Garbage had radio-ready hooks and they had Shirley Manson’s wry, frosty purr — but they also had sounds. Their 1998 apex, Version 2.0, was an overstuffed masterpiece of sonic generosity, the kind of album that introduces a weird, wobbling screech the moment Shirley Manson sings ‘This is the noise that keeps me awake,’ so you’ll know what she means,” wrote Theon Weber.

Experience the radio-ready hooks and frosty purr yourself at The Lincoln Theatre! Buy your tickets online.