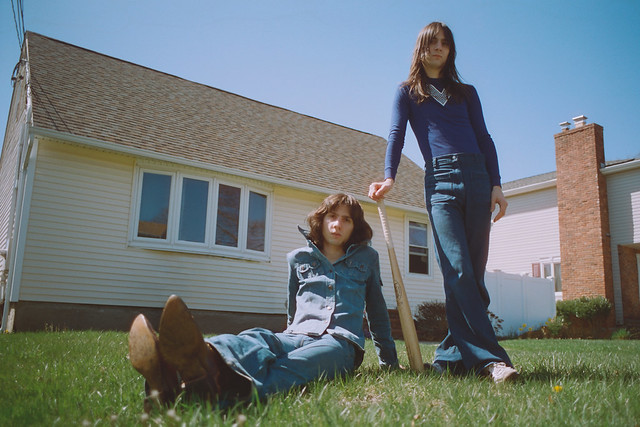 The Lemon Twigs, the duo of brothers Brian D’Addario and Michael D’Addario, released Go to School, their second studio album, this year. The brothers perform at U Street Music Hall on Sunday, Nov. 4.

Over 15 tracks, Go to School tells the story of a chimpanzee named Shane, who has to go to school. The story is presented as coming of age challenge, written, recorded, and produced by The Lemon Twigs at their home in Long Island. On the album, Todd Rundgren and the D’Addarios’ mom Susan Hall play Shane’s parents.

Stream Go to School by The Lemon Twigs on Spotify:

In a review for Pitchfork, Sam Sodomsky toasts the “devilish confidence” of The Lemon Twigs.

“There’s a frenzied, competitive energy to the D’Addarios’ songwriting, which cycles through melodies and moods at a hyperactive pace,” Sam wrote. “Their debut album, 2016’s Do Hollywood, resembled a solid acting reel, showing glimpses of narrative without ever offering a full story: Their range was the point. They’ve been associated with revivalists like Whitney and Foxygen, but the charm of the Lemon Twigs is in the unabashed, theater-kid fun they have with their record collection, an energy that guides their work more than any particular style.”