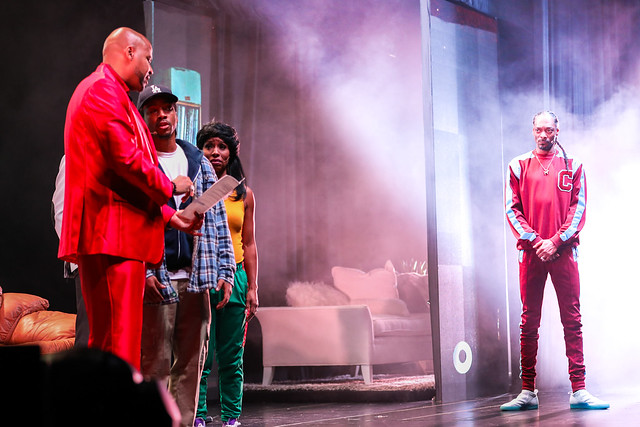 Snoop Dogg (right) watches his younger self navigate the perils of stardom in “Redemption of a Dogg.” (Photo courtesy Je’Caryous Johnson)

Snoop Dogg alongside with Tamar Braxton and friends recently came to the Warner Theatre to host a play about Snoop’s upbringing before and after reaching the legendary status he holds now. The semi-autobiographical musical, “Redemption of a Dogg” (written by Je’Caryous Johnson), is a moving and surprisingly affecting play that is well worth your time.

The play was very hip-hop from the music to the industry. I felt obligated to attend the play since I grew up listening to hip hop and highly respect Snoop for being one of the moguls and trendsetters in the game during the mid-1990s with his unique style of dressing, flowing, and storytelling that caught the eyes and ears of the masses.

In the play on Nov. 9, Snoop played himself and also narrated the thought process of situations his younger self went through in a role that was played very well by Lil JJ. The play took place in Snoop’s hometown of Long Beach, California, while he was still broke living with his mother long before he knew music was something that would soon change his life.

Another main character was Tamar Braxton, who played his voice of reason or his conscious, guiding him through the tough decisions that came with being apart of a “street orientated” industry. For instance, Snoop almost lost it all when he was face to face with an enemy of his childhood and a gun in Snoop’s hand that could’ve ended it all if he pulled that trigger.

The crowd was very involved throughout the play from laughing at the comedic moments Snoop had when arguing with his girlfriend and friends to sitting on the edge of their seats when Snoop was faced with a life-changing decision — and singing along to all of Snoop’s biggest hits such as “Gin and Juice,” “Doggy Dogg World,” “Who Am I,”, and more.

The play was amazing and gave everyone who attended a lot of new insight on how Snoop came into the music business. “Redemption of a Dogg” held its most recent performances in California over the weekend, but it returns to the road in March with performances in Newark, New Jersey, Philadelphia, and Brooklyn. I strongly recommend everyone to check out Snoop’s play for a good time and a lot of new knowledge on one of the moguls in the hip hop game.

Here are a few photos of “Redemption of a Dogg,” courtesy Je’Caryous Johnson. 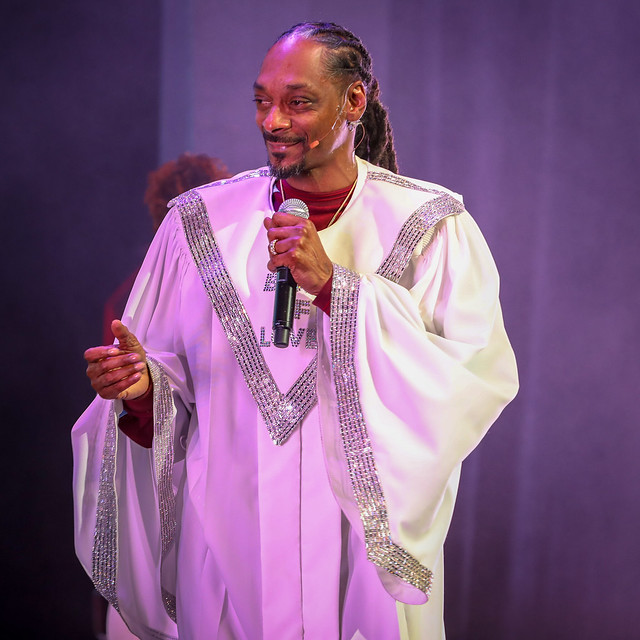 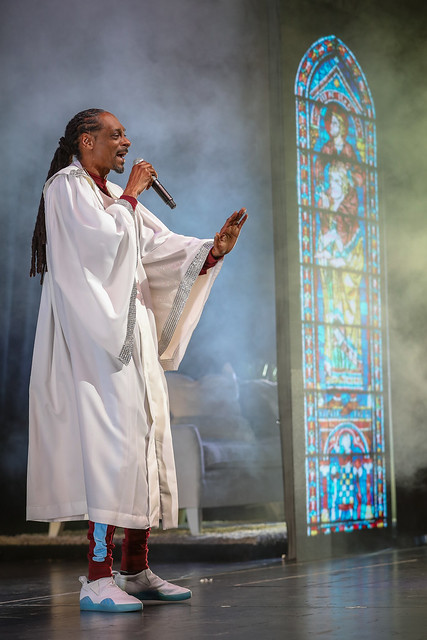 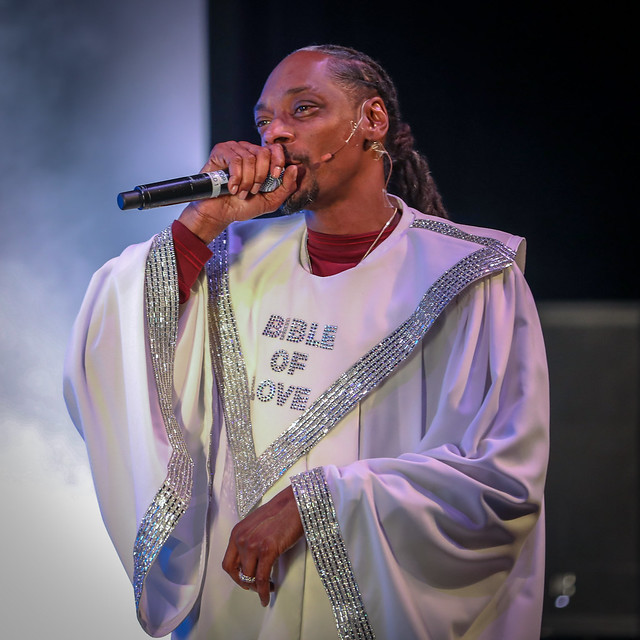