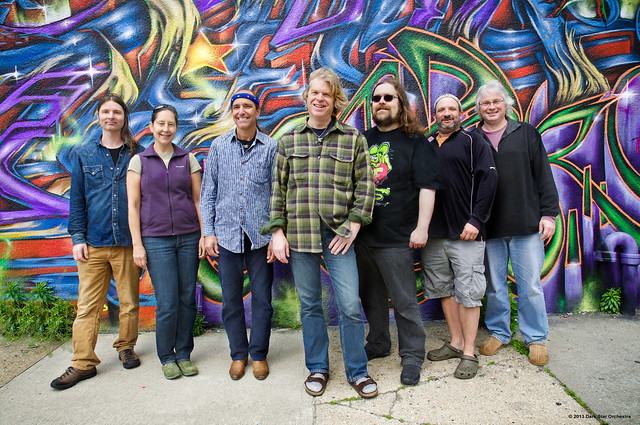 In addition to appearing at some of the nation’s top festivals, Dark Star Orchestra hosts its own annual music festival and campaign gathering, titled the Dark Star Jubilee, currently in its sixth year where DSO headline all three nights and are joined by a mix of established and up and coming national touring acts. The band has featured guest performances from six original Grateful Dead members: Phil Lesh, Bob Weir, Bill Kreutzmann, Donna Jean Godchaux-MacKay, Vince Welnick, and Tom Constanten — and even toured with longtime Dead soundman Dan Healy.

“For us it’s a chance to recreate some of the magic that was created for us over the years,” Rob Eaton said. “We offer a sort of a historical perspective at what it might have been like to go to a show in 1985, 1978, or whenever. Even for Deadheads who can say they’ve been to a hundred shows in the ‘90s, we offer something they never got to see live.”