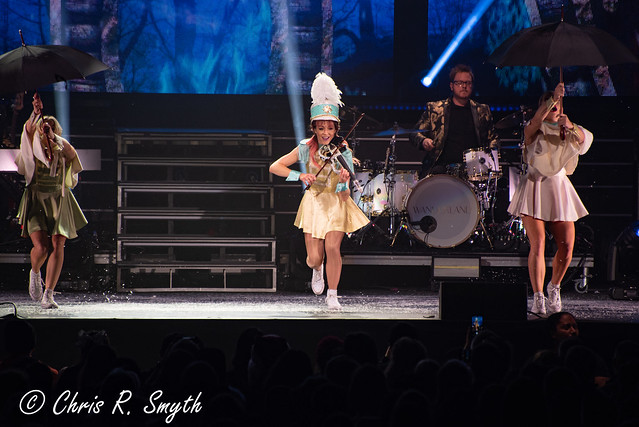 It is difficult to get the energy up for a seated concert without an opening act, so prior to the start of Lindsey Stirling’s recent concert, a trio of backup dancers dressed as little drummer girls pranced their way through the floor of The Anthem taking pictures and entertaining the crowd.

The dancers then brought fans up to the stage — first, a guy to participate in a kick line and, second, a couple to try and play a song on one of Lindsey’s violins. The guy clearly had never held a violin before and had no business doing so here. So the crowd cheered when he passed the violin to his female companion, and she appeared to be able to play a little.

A few moments later, the lady pulled off her big overcoat and wig to reveal that it was Lindsey herself — which led to an eruption among the fans and the start of the concert with a cover a Mariah Carey’s “All I Want for Christmas Is You.”

Lindsey Stirling returned to The Anthem to perform her Christmas concert for the second straight year. Performing a mix of classic Christmas hits, as well as some of her own original Christmas songs, Lindsey combined violin, dance, and pop music into a performance that was uniquely her own.

Lindsey’s first original Christmas tune of the night was “Christmas C’mon,” featuring a recorded Becky G on vocals. The pop tune brought a fun atmosphere to the crowd, who were excited for the holiday season.

During the song “I Saw Three Ships,” Lindsey left the stage and played briefly among the fans on The Anthem’s floor. She quickly returned to the stage, but this time with another couple from the crowd so that they could dance along with the music on stage.

Stream Warmer in the Winter (Deluxe Edition) by Lindsey Stirling on Spotify:

For part of the show, Lindsey, her piano player, and her drummer took seats at the front of the stage and proceeded to play a medley of Christmas classics on children’s instruments. Piano player Kit looked like the human embodiment of Schroeder from “A Charlie Brown Christmas,” as he was seated on the floor behind his tiny piano. Running through hits such as “Jingle Bells,” “Deck the Halls,” “Feliz Navidad,” “Grandma Got Run Over by a Reindeer,” and more, the tiny instruments and informal setting brought levity and humor to the performance.

Violin covers of “Dance of the Sugar Plum Fairies” and “Carol of the Bells” were highlights of the night. “Angels We Have Heard on High”, which was performed with a stage full of smoke and clouds projected onto the screens in the background, gave a very heavenly feeling to the room.

The night ended with Lindsey playing her new single, “I Wonder As I Wander,” off the new deluxe edition of her Christmas album, Warmer in the Winter. Here are some pictures of Lindsey Stirling performing at The Anthem on Dec. 14, 2018. All photos copyright and courtesy of Chris Smyth. 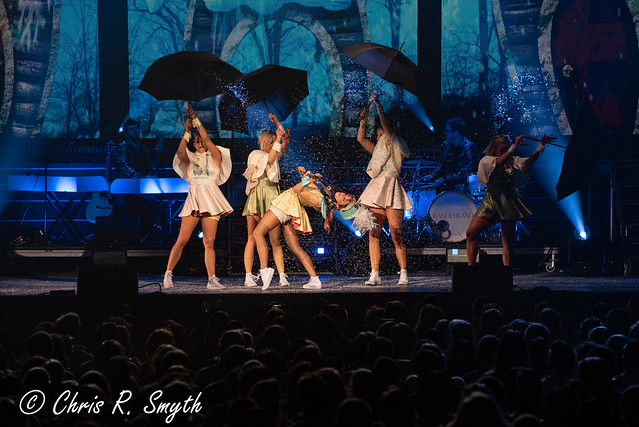 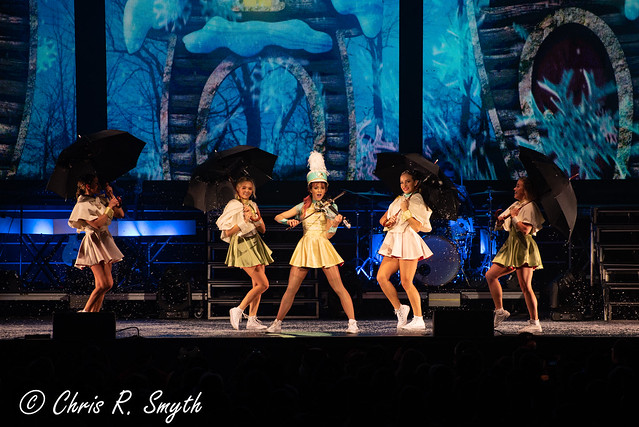 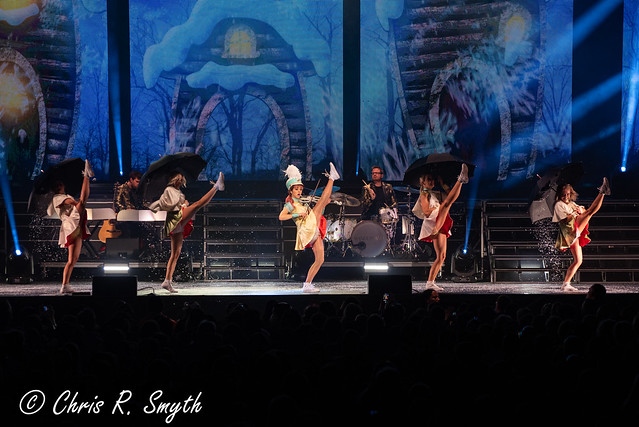 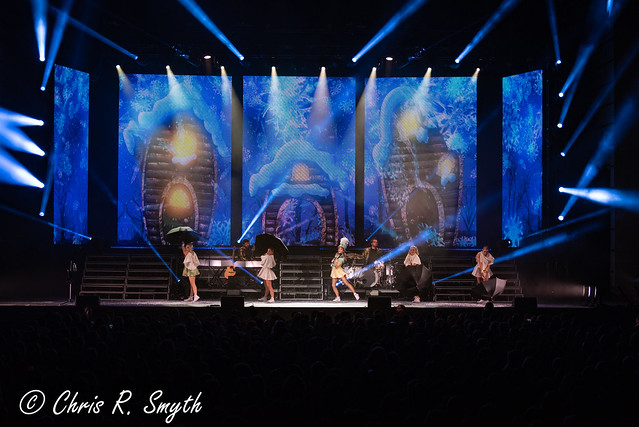 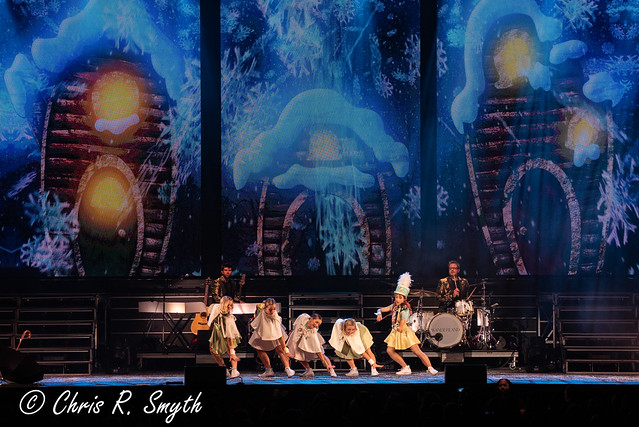 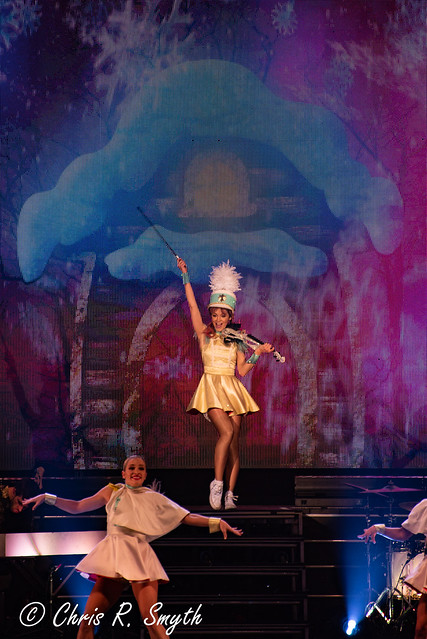 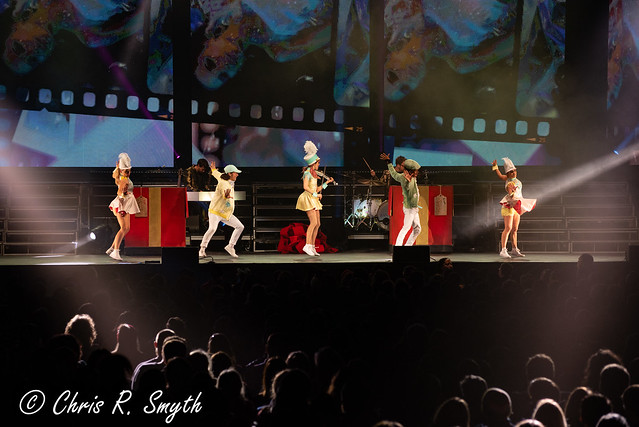 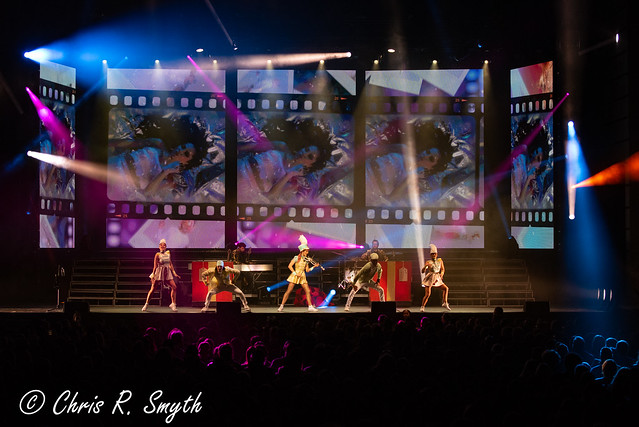 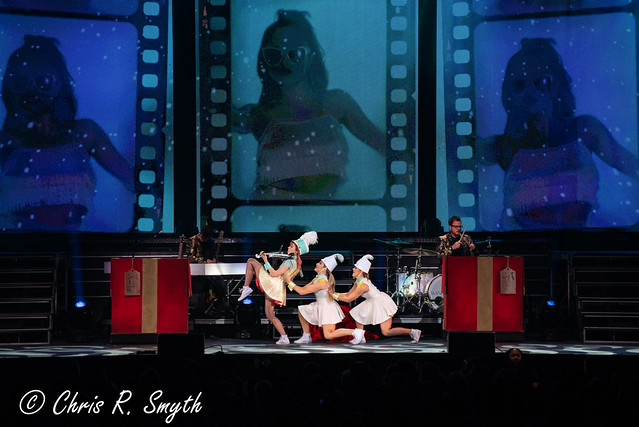 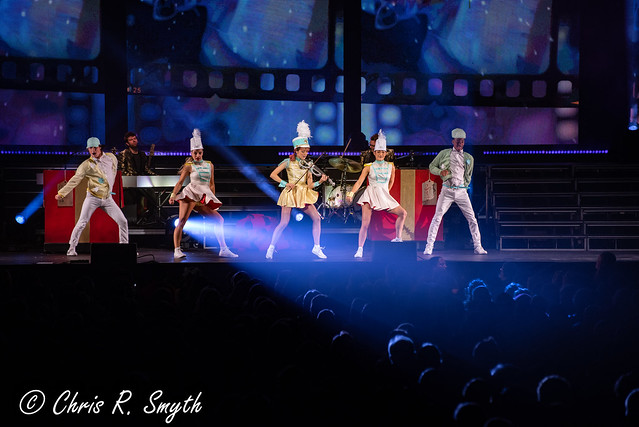 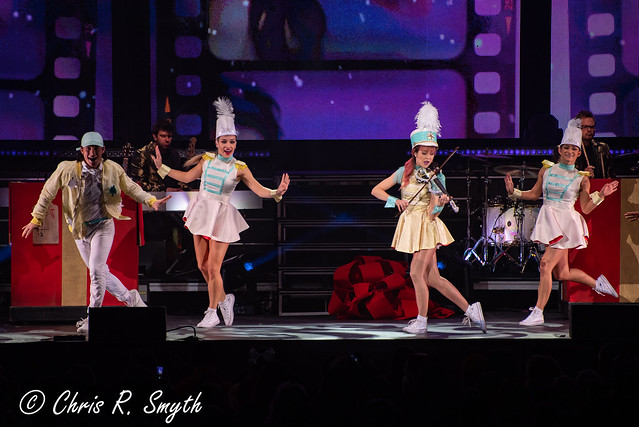 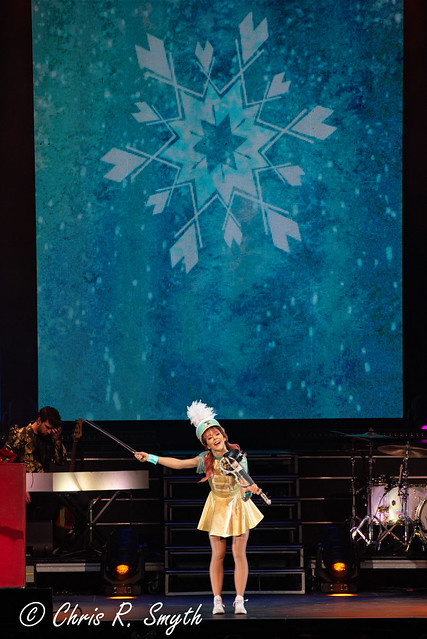 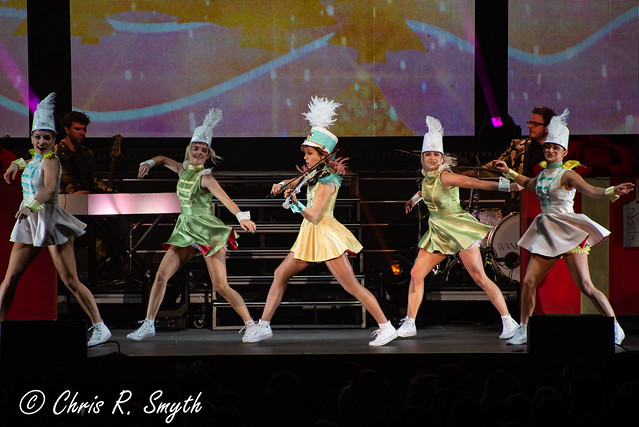 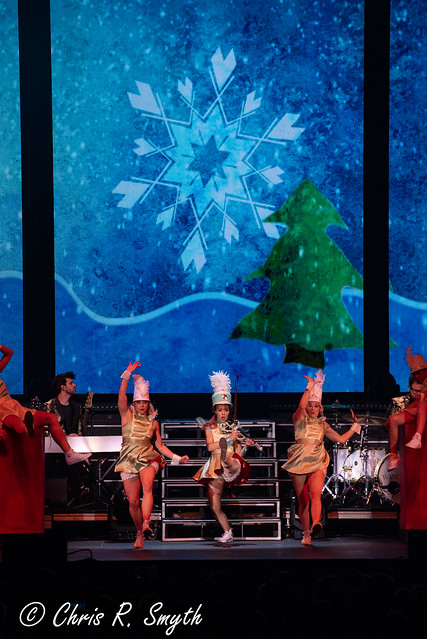 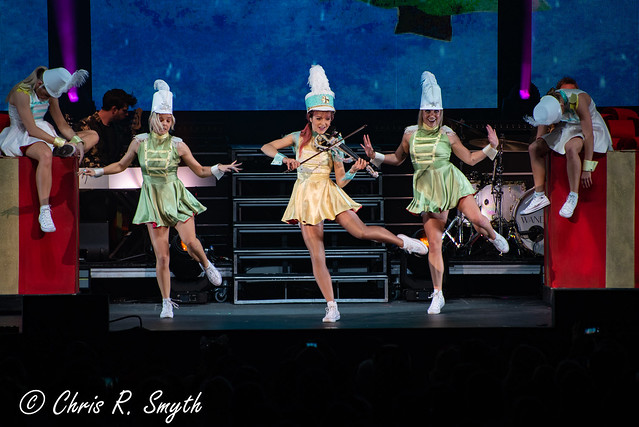 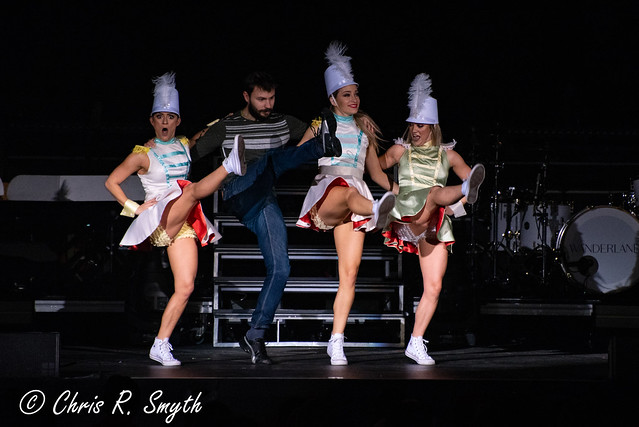 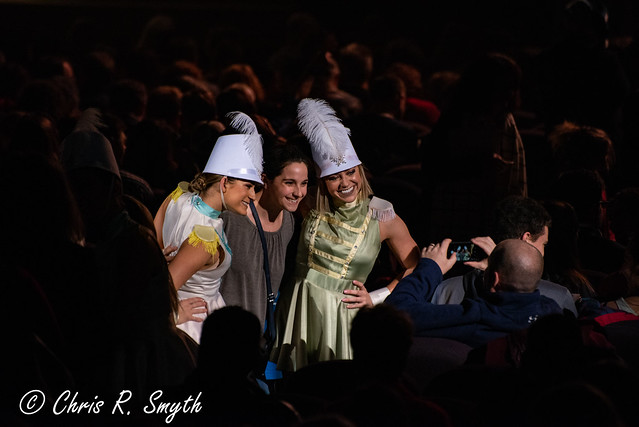