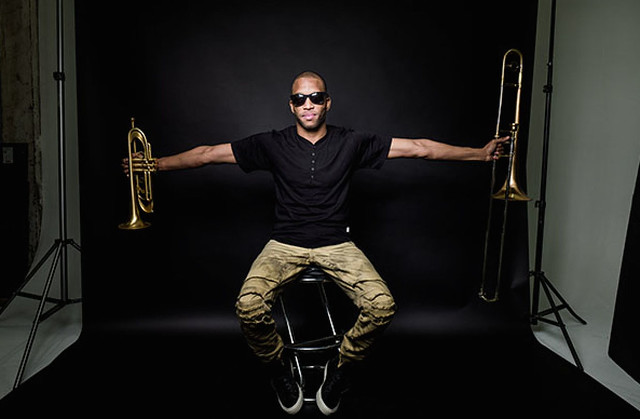 Looking for something to do on New Years Eve? Look no further than The Anthem for a night full of fantastic music as Trombone Shorty and Orleans Avenue take over the big stage with some help from George Clinton & Parliament Funkadelic and Trouble Funk! Catch this funky show at The Anthem on Monday, Dec. 31.

Most recently, Trombone Shorty signed to Blue Note Records and released Parking Lot Symphony, his 11th studio album, which hit #1 on the Billboard Jazz Albums chart upon its release in 2017.

Part Jimi Hendrix, part James Brown, and all New Orleans, Troy Andrews (aka Trombone Shorty) is the bandleader and frontman of Trombone Shorty & Orleans Avenue, a hard-edged funk band that employs brass-band beats, rock dynamics, and improvisation in a jazz tradition. NPR hailed him as “New Orleans’ brightest new star in a generation,” and New York Magazine wrote, “Trombone Shorty takes in a century-plus worth of sounds — ragtime and jazz and gospel and soul and R&B and hip-hop — and attacks everything he plays with festive fervor.”

Trombone Shorty’s most recent album has 12 tracks with 10 original songs and covers of Allen Toussaint (“Here Come The Girls”) and The Meters (“It Ain’t No Use”). True to its title, the album contains multitudes of sound — from brass band blare and deep-groove funk to bluesy beauty and hip-hop/pop swagger.

There’s no better place to be New Years Eve! Buy your tickets online.