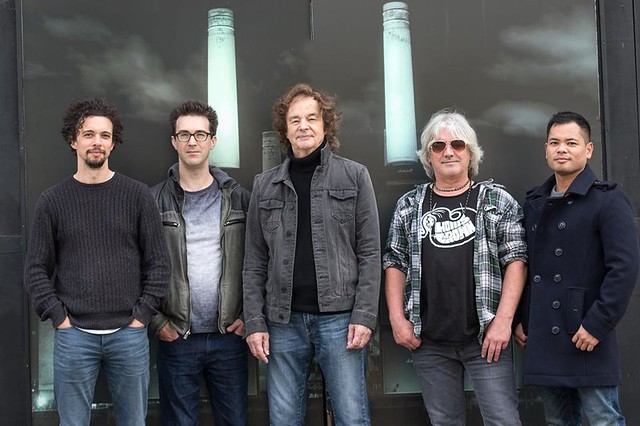 Colin Blunstone, lead singer of The Zombies, will visit City Winery for a rare solo show on Thursday, Feb. 7. Colin’s concert precedes a long overdue recognition for the ‘60s psych rockers as The Zombies will be inducted into the Rock & Roll Hall of Fame on March 29!

The Rock & Roll Hall of Fame honor will arrive remarkably 50 years to the day from when The Zombies “Time of the Season” took the top of the Cashbox singles charts in America!

Colin’s association with The Zombies dates back to his meeting the other members at school in St. Albans after growing up in Hatfield, Hertfordshire, England. After attracting a large local following, the band were offered a recording contract by Decca Records which resulted in their first single, “She’s Not There,” becoming a worldwide hit. Three years on the road culminated in The Zombies final album for several decades — Odessey and Oracle.

After The Zombies’ breakup, Colin began a solo career with “One Year” on Epic Records, from produced the hit single “Say You Don’t Mind.” Over two more Epic Records albums, Colin sang more hits, including “I Don’t Believe in Miracles” and “How Can We Dare to Be Wrong.” As a solo artist, Colin also contributed his distinct vocals to “What Becomes of the Broken Hearted,” a cover by Dave Stewart, “Old and Wise” by the Alan Parsons Project, and “Tracks of My Tears,” with Smokey Robinson. Colin dropped his most recent solo album, On the Air Tonight, in 2012.

Watch the official music video for “What Becomes of the Broken Hearted” by Colin Blunstone and Dave Stewart on YouTube:

Writing for Get Ready to Rock, Pete Feenstra perfectly summed up the qualities that distinguish Colin in performance.

“He is a singer with real poise, presence and an instantly recognizable voice who makes [an] emotional connection,” Pete wrote. “Blunstone’s pristine diction and phrasing celebrates the triumph and durability of a memorable song over the time of its making.”

He added, “There’s no substitute for passion, ability and an unquenchable work ethic. If you add Blunstone’s unique voice, his interpretive skills, as well as his song writing ability to the equation, it goes along way to explaining a wonderful night like this and a career that proudly stretches into its 6th decade.”