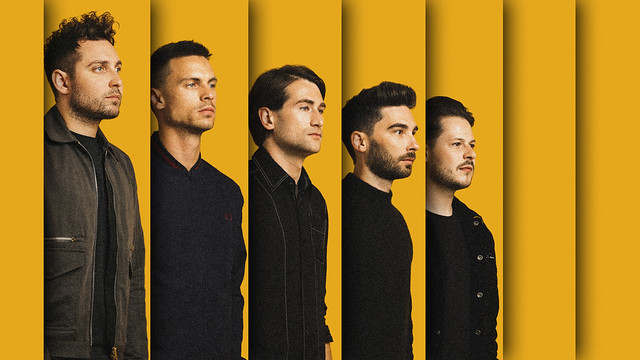 You Me at Six (Photo courtesy Ticketfly)

English rockers You Me at Six return to 9:30 Club for the band’s Back Again Tour on Sunday, Feb. 24. You can win tickets to go with Parklife DC!

The gents named their latest tour after a single on VI, the band’s sixth studio album, which was released last year through Underdog and AWAL. NME loved the latest record, saying it “sees the band wielding their musical weapons in refreshing and fascinating ways as they permeate electronic influences into their classic rock sound. The Surrey five-piece re-enlist the help of producer Dan Austin, while also adding pop aficionado Eg White to the team, thus experimenting with unchartered musical territory.”

Watch the official music video for “Back Again” by You Me at Six on YouTube:

Parklife DC is giving away a pair of tickets to see You Me at Six at 9:30 Club. To win, simply leave a comment on this blog. You can leave any comment, but we would like to know your favorite song by You Me at Six.

Comments will be closed at 5pm on *Monday*, and a winner will be randomly selected. The winner will be notified by email. The winner must respond to our email within 24 hours, or they will forfeit their tickets and we will pick another winner. We will email you instructions on claiming your ticket. Good luck! 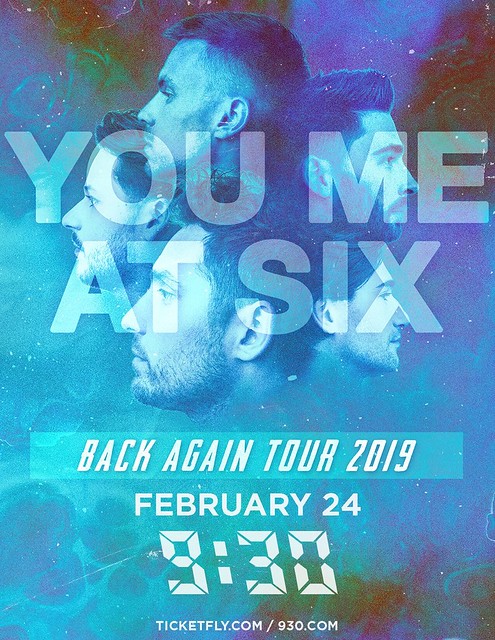