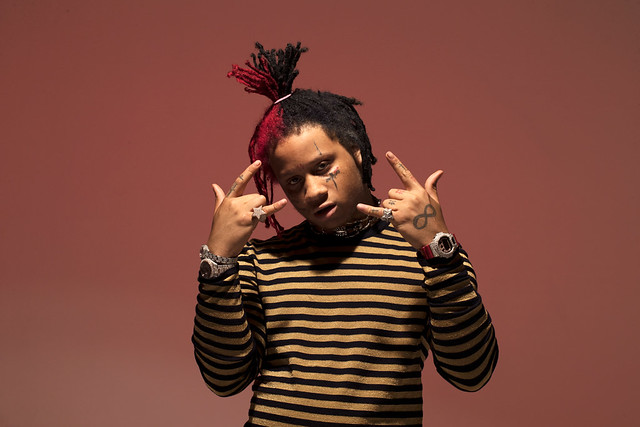 Michael Lamar White IV, better known as Trippie Redd, will perform at The Fillmore Silver Spring on Monday, March 11. The rapper rescheduled the show on his Life’s a Trip Tour after catching the flu last month! He’s hot off the release of his debut album, Life’s a Trip, and third mixtape, A Love Letter to You 3, both released last year via Caroline Records.

When Trippie’s lastest mixtape debuted in November, it hit #3 on the Billboard 200 chart.

In response, Trippie thanked his fans on Instagram: “I really don’t think y’all understand how fuckn amazing you guys are I mean honestly we just kinda showed our ass going this crazy no promo at all thank you my 1400/800 brothers & sisters,” he wrote.

Watch the official music video for “Time to Die” by Trippie Redd featuring FreeMoney800 on YouTube:

In a review for XXL, Charles Holmes praised Trippie’s talents on Life’s a Trip.

“Indulgent, polished and deeply personal, Trippie Redd’s debut studio is a course correction. Life’s a Trip succeeds by placing Redd’s narrative at its core and leaning into the inventive melodies that initially put the young rapper on the map,” Charles wrote.