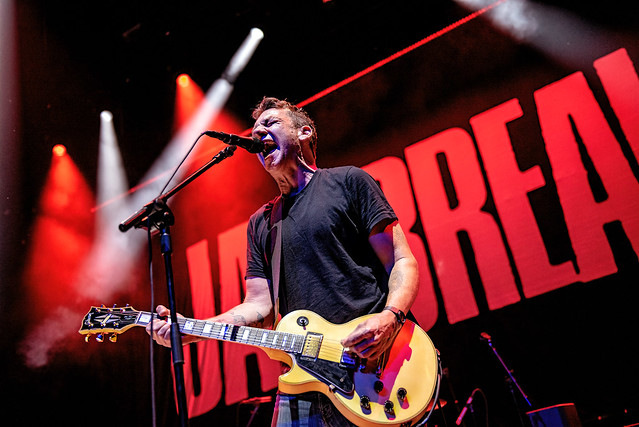 Jawbreaker shakes The Anthem on March 28, 2019 (Photo by David LaMason)

Memory is a strange thing.  Some things seem made to be remembered one day and forgotten the next but others, like the smells and tastes of childhood, or, in this case, hearing songs played live, are burned into those synapses so clearly that it can become a little disorienting.  This is where I found myself on Thursday night at The Anthem experiencing Jawbreaker for the first time in, what, 20… no, 24 years later.

Jawbreaker is a band that should need no introduction, but in the event you’re reading this and need a bit of a reminder, Jawbreaker, comprised of Blake Schwarzenbach (vocals / guitar), Adam Pfahler (drums), and Chris Bauermeister on bass, is one of the pivotal bands that crafted what many consider the sound of modern pop punk, emo, or even west coast punk.

Forming in the mid-80’s and creating a handful driving and thoughtful records, Jawbreaker ended up disbanding in 1996 after the release of their third LP, Dear You. And, for a long time, that was where the Jawbreaker story ended, that is until the announcement in 2017 that the band would be performing at Riot Fest in Chicago. Since that time, Jawbreaker announced their first tour in over 20 years — which brings us to The Anthem on March 28, their first DC show since 1996.

Stream Dear You by Jawbreaker on Spotify:

To a very enthusiastic crowd, Blake, Adam, and Chris took the stage and immediately broke into “Shield Your Eyes” from their album, Bivouac. And the sound emanating from the array of amps was delightfully ear splitting. Taking me back to those smaller (and sweatier) clubs where it all began. 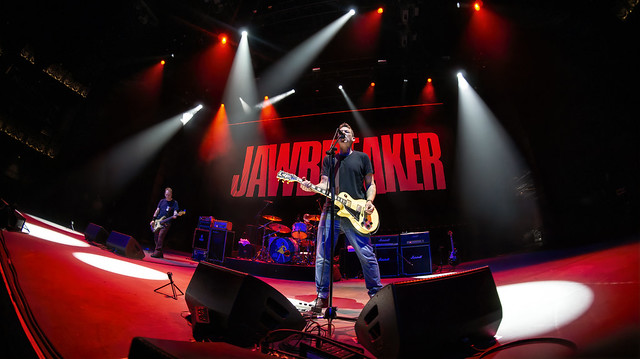 And certainly things had changed since those days. “Human contact, however fraught and challenging, cannot be replaced,” Blake remarked in between songs. “So let’s celebrate that human contact.” And celebrate we did as I saw more than a couple crowd surfing fans and swapped stories from even more.

In a rare quieter moment, Blake quoted the opening lines to Percy Shelley’s Ode to the West Wind — “O Wild West Wind, thou breath of Autumn’s being” before launching into Jet Black from Dear You. And as the band reached the last song before the encore, the crowd reacted with huge applause with the opening chunk chunka chunk of “Boxcar” and sang along to “one, two, three, four/ who’s punk?/ what’s the score?” 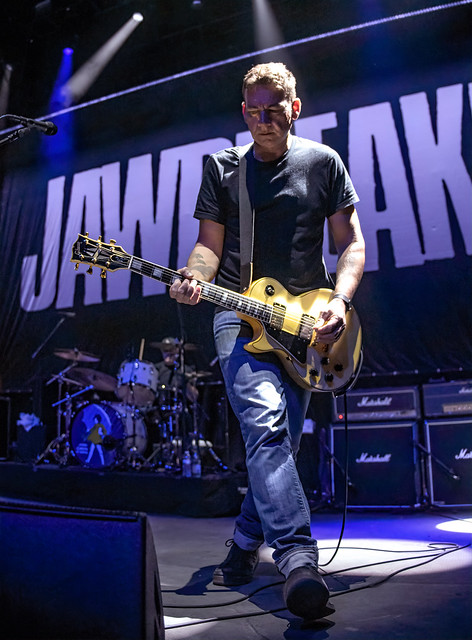 An amazing night and hopefully one that will soon be repeated. Jawbreaker have finished up their North American tour and are off to Europe through May. Catch upcoming dates here.

The encore included “Ache” and “Kiss the Bottle.”

Here are some photos of Jawbreaker performing at The Anthem on March 28, 2019. All photos copyright and courtesy of David LaMason.