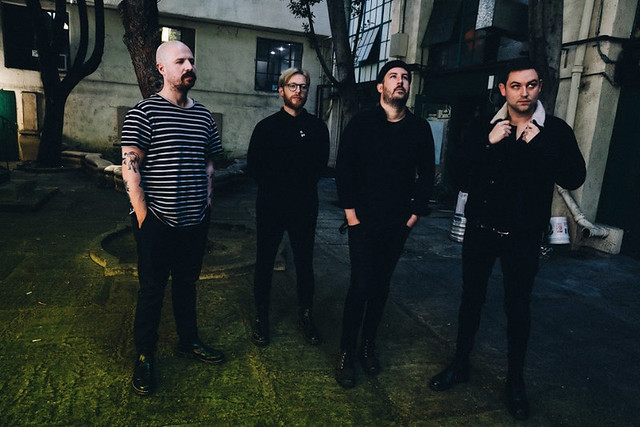 In support of their new studio album, It Won/t Be Like This All the Time, Glasgow’s The Twilight Sad will bring their raw, dynamic sound to U Street Music Hall on Sunday, May 12.

The 11 tracks on It Won/t Be Like This All the Time largely began to take form during The Twilight Sad’s recent tours with The Cure, but they weren’t distilled into demos for their fifth LP until the band returned to the UK and guitarist Andy MacFarlane’s “vision was made flesh.”

“It’s a dark record but I think there are some uplifting moments to be had too,” frontman James Graham offered in a press release. “There are so many extremes here — there are moments that are harsh, then others that are quite melodic and others that are stripped right down. This album definitely comes with the extremes of every side of the band, I think. There’s a certain direct openness and candour now, but at the same time I want to keep some mystery. We don’t like to throw things in people’s faces and spell it out for them.”

Listen to “Videograms” by The Twilight Sad on YouTube:

It Won/t Be Like This All the Time has received heavy praise. Wrote NME, “Rather than being owned by their demons, The Twilight Sad have created an 11-track exorcism to master them. It’s a full-bodied and inescapable mood-piece, and a visceral account of their victory in the fight to exist. We should feel grateful to have them.” Paste Magazine said it “is their most listenable album, one that dials back the heavy-handed metaphors and overwhelming musical gloom for something more danceable and upbeat, though still dour as ever lyrically,” while AllMusic lauded that it “proves the Twilight Sad are making some of their most vital music more than a decade into their career.”