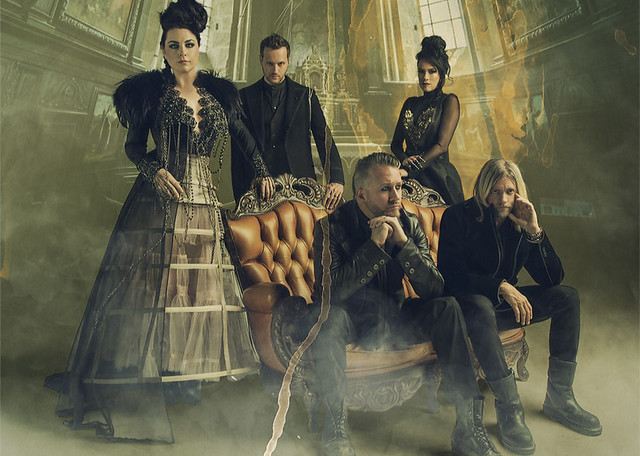 Founded in Little Rock, Arkansas, Grammy-winning Evanescence will perform at The Anthem on Wednesday, May 15, with their dramatic and dynamic sound, which has been termed gothic, gothic metal, gothic rock, nu metal, symphonic metal, and more.

For singer-songwriter and frontwoman Amy Lee, most of her best creative ideas are inspired by dreams, and the band’s fourth studio album, Synthesis, takes a selection of Evanescence’s three previous studio releases, along with two new tracks, and reimagines them with brand-new recordings, turning her long-held vision into reality.

Watch the official music video for “Imperfection” by Evanescence on YouTube:

“‘Imperfection’ is the most important song on the album for me,” said Amy in Loudwire. “When the lyrics started pouring out of me, I realized it was speaking to all those people we’ve been losing through depression and suicide. I sang it from the perspective of the person left behind. It’s a plea to fight for your life, and that we all need each other as humans. We’re all imperfect, and it’s precisely those imperfections that make us who we are, and we have to embrace them because there’s beauty in those differences.”

Added Loudwire, “The production on the album (handled by Lee and Will Hunt) is excellent. It’s grandiose and bombastic in parts, quiet and subdued in others, and working with so many instruments when recording and mixing an album is tricky. Evanescence are currently on tour playing the album with an orchestra, and having had the chance to see them, this reviewer highly recommends checking it out. As dynamic and compelling as Synthesis is on record, it’s even more so live, especially with Lee’s charismatic performance.”