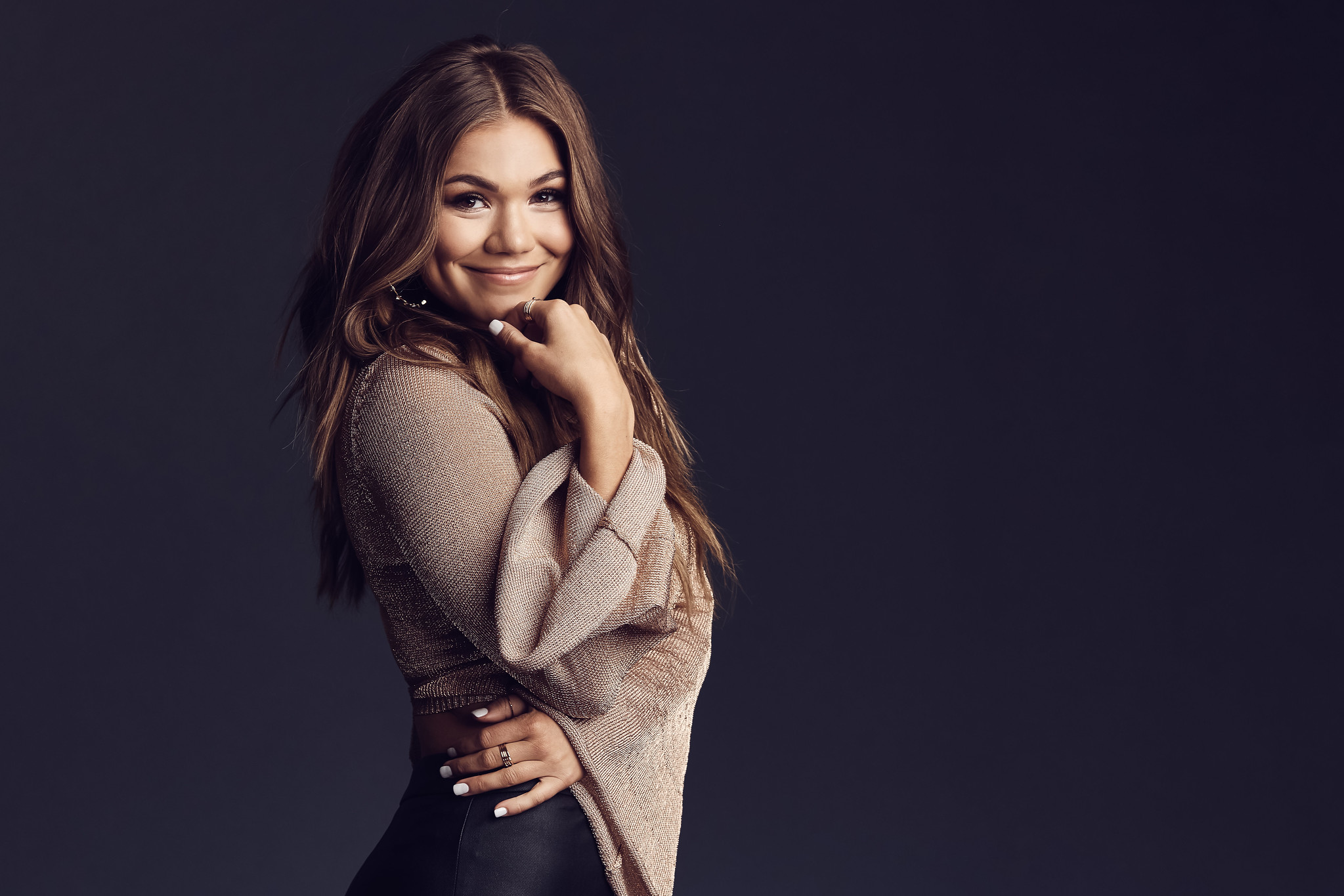 Abby Anderson was so anxious to get to Nashville and start her music career, she asked to be homeschooled through her senior year of high school so she could graduate early and get a head start. At just 17, Abby arrived in Nashville with a suitcase and a dream. That was 2015.

Today, she’s got a recording contract and is spending her summer touring the country in support of Rob Thomas’ Chipped Tooth Tour. The tour comes to DC with a performance on Friday, July 12, at The Anthem.

Parklife DC’s Ari Strauss recently chatted with Abby about the upcoming show at The Anthem and her experience getting her career underway in Nashville.

Ari Strauss: Hi Abby, thanks for making time in your schedule for me this morning.

Abby Anderson: No problem. Thank you for making time for me.

AS: I’m curious, where are you calling me from today?

AS: You spoke to the Washington Post last November prior to performing at the National Christmas Tree Lighting, and you said you thought it was your first trip to the nation’s capital. Have you been back to DC since that event?

AA: No, this will be my first time back. I’m really looking forward to it. I hope to get in some sightseeing while I’m there.

AS: Really, I’m surprised there’d be time for that.

AA: Well, even if it’s just for an hour or so, I plan to make some time.

Abby released an EP titled I’m Good recently under the Black River Entertainment label. She plans to release a full album after her current tour.

Listen to I’m Good, an EP by Abby Anderson on Spotify:

AS: So, I’ve read that you were so anxious to get to Nashville and start your music career, you convinced your parents to homeschool you so you could graduate early. How old were you when you moved to Nashville?

AS: And you just arrived with a suitcase and a dream? Did you know anyone there to help you get settled?

AA: Pretty much just a suitcase and a dream. My mom was the first one to teach me about Nashville and I knew I wanted to be here as soon as I could. I knew Kylen Sharpe who was helping me get gigs when I was in Texas. She helped me meet people and find opportunities to perform live around Nashville.

AS: I also read that you signed your recording contract while on stage at Ryman Auditorium. Is that true?

AA: Yes, that is true. I was playing a show for a charity and Gordon Kerr [studio head at Black River Entertainment] had a plan to surprise me by walking on stage with a contract. I found out about it beforehand and had to act surprised when he came out. It was an awesome experience.

AS: You appeared on the Nashville Songwriters Association International Coffee Break Podcast a few months ago and mentioned your mom took you to a Tina Turner concert when you were little, and it was a mind-blowing experience. You said Tina is the reason you will only wear high heels on stage…

AA: [laughing]… I love my high heels. I can dance around in them very naturally. Onetime, the airline lost my bags and I had to wear sneakers on stage. It felt so weird, like it just didn’t fit.

AS: That’s funny. So, besides Tina Turner, who are some other artists who have inspired your performance style on stage?

AA: Oh gosh… well, definitely Elvis Presley. I love the way he used to dance and move around the stage… just letting the music move him. That wasn’t so acceptable back then, but he just did his thing. Dolly Parton is another one for sure. Her passion is to bring joy with her performance. She spreads joy wherever she goes. Let’s see, who else…Reva of course; Ray Charles was great. You know how he sang, with the dirty, gravely voice… he sang with so much emotion. Linda Ronstadt is great too.

AS: You also said on that podcast, referring to your time in Nashville learning the music industry, “I’ve gotten a free college education from the questions I’ve asked.”

AS: I imagine spending the summer touring the country with a veteran like Rob Thomas provides you a lot of opportunity to lean from him and ask a lot of questions. Can you point to anything specific you’ve picked up from being around Rob and observing how he carries himself on the tour?

AA: Oh my gosh, Mr. Rob has been great to me! He stands in the wing of the stage during the opening act for each and every performance. He’s been such a calming influence for me on this tour. Each night, he gives me a little pep-talk. He says, just enjoy it. You might not be able to do this forever, so just take it day by day and appreciate it.

AS: I saw on your Instagram feed that Rob helped you out of a little jam during your show in Cincinnati. Could you talk about that?

AA: Oh wow, so we were on stage and all of a sudden, my in-ears (audio stage monitor system) cut out completely. I couldn’t hear anything. That’s not good! Somehow, we managed to finish the song, but we couldn’t get the in-ears to work and we couldn’t go on like that.

So, while my crew was figuring out what was happening, I grabbed an acoustic guitar and… you know, the show must go on… and I told the crowd, “I’m sorry, we’re having some technical difficulties, so I’m just going to do it acoustic for a little bit while they fix what’s going on.” So, I start singing “Stand By Me” (Ben E King cover) with the acoustic. I’m about half-way through the song and the crowd starts going crazy, and I think, “Yeah, they love this; I’m killing it!” Then, out of the corner of my eye, I notice Mr. Rob has come out on stage and he finishes the song with me as a duet.

Watch a video clip of Abby’s impromptu duet of “Stand By Me” with Rob Thomas in Cincinnati, Ohio, June

AS: I’ve listened to your new single, “Good Lord,” and understand your boyfriend — a Southern guy from Georgia — is the inspiration for the song. Is that correct?

Watch the official lyric video for “Good Lord” by Abby Anderson on YouTube:

AS: You’ve got about 18-20 shows left on the Chipped Tooth Tour with Rob Thomas. What’s on tap for you after the tour? Going back in the studio?

AA: Yup! I’ll be working on an album. I got the bulk of the writing done before the tour, so we’ll be hitting the studio right away.

AS: Well, thanks again for making time for me today. I’m excited to see your show in DC tomorrow.