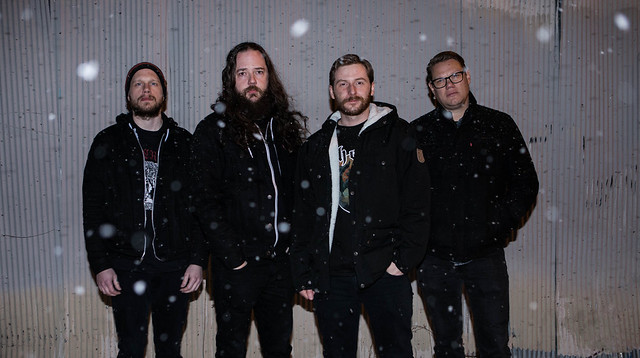 Khemmis’ current 16-date tour started on July 11 at Growlers in Memphis, Tennessee. The trek concludes on July 28 at Nightspot in Bloomington, Illinois. Joining the band on the tour is Atlanta, Georgia’s metal quartet Cloak.

Said Khemmis, “We’re excited to hit the road for our first proper headlining tour in support of ‘Desolation.’ This trek features our first Southeastern shows as well as dates in some of our favorite cities/venues, including Saint Vitus in Brooklyn and Reggies in Chicago. If that wasn’t enough, we’re bringing black ‘n’ roll maniacs CLOAK with us! Make sure you grab your tickets early, since these are our only eastern US and Canadian shows for 2019. Brush up on the lyrics, practice your air guitar moves, and catch us on tour this summer!”

Watch the official music video for “Isolation” by Khemmis on YouTube:

None other than Pitchfork gave Desolation a heap of praise in a review by Zoe Camp.