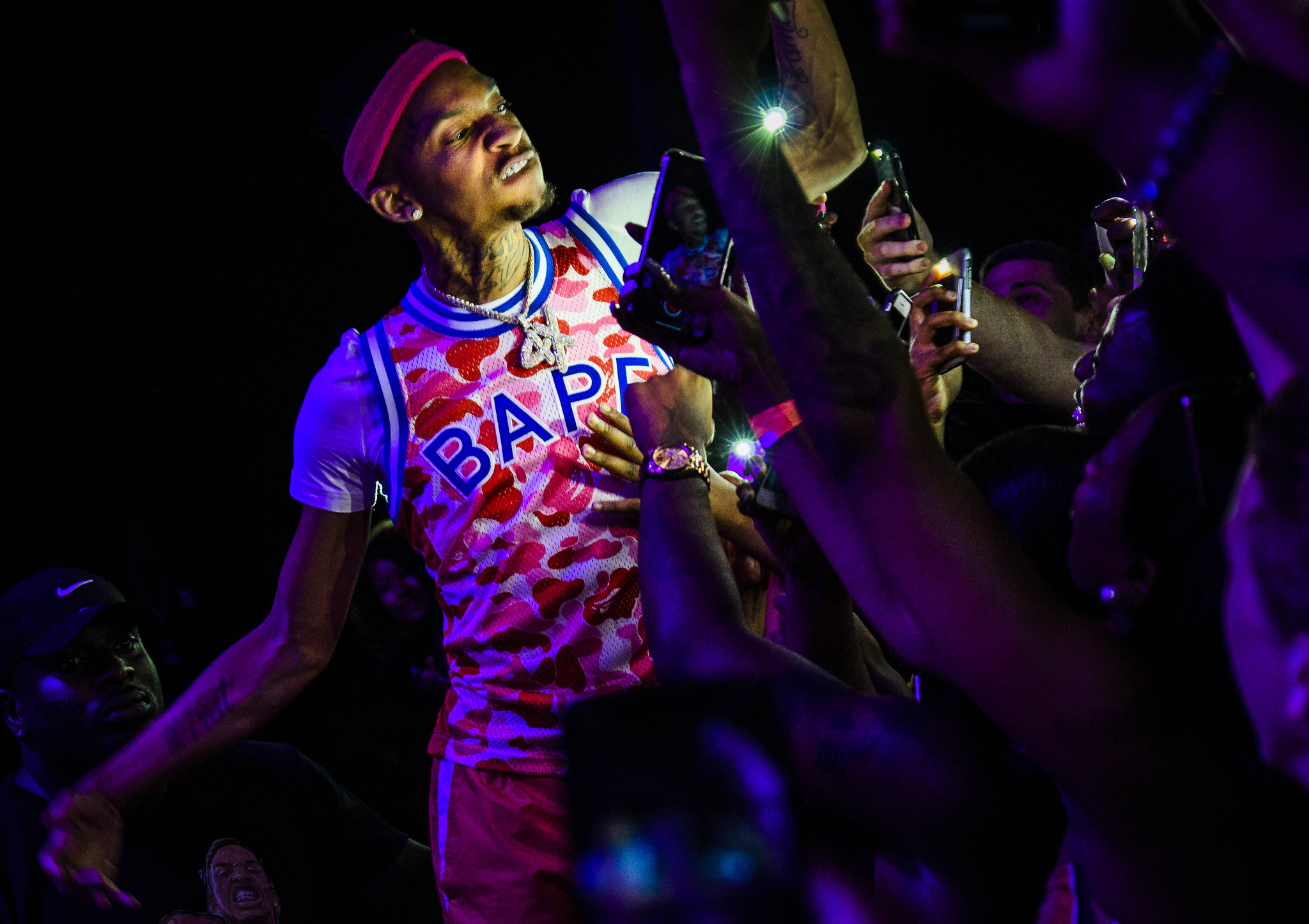 Stage diving and bras flying were the themes of the night when the Big 4X Tour made its way to The Fillmore Silver Spring last week. With assistance from openers Blacc Zacc, Fat Dave, and DC’s own Money Marr, Stunna 4 Vegas had the crowd turned up from beginning to end.

On July 19, Stunna came out at the end of Money Marr’s set to do their song “Speaking Facts” and kept the energy high rolling straight into his set. He ran through fan favorites like “Billion Dollar Baby Freestyle,” “4X,” and “Rap Game LeBron” before telling the women in the crowd to throw their bras on stage and it immediately started raining brassieres. He performed “Double Ds” while swinging the bundle of bras over his head like a lasso.  The energy in The Fillmore bounced back and forth as Stunna — along with a stage full of opening acts and entourage members — danced, crowd surfed, climbed the barricade to be closer to the fans song after song.

Stunna pulled a page out of Da Baby’s playbook by bringing out props for certain songs, from confetti poppers and water guns to a jar full of “percs” (mints) for his biggest hit song “Animal” which he performed four different times (4x, get it?).  Stunna 4 Vegas has been able to develop his own fanbase entirely separate from Da Baby in a very short time period but being signed to arguably the breakout rap artist of this year comes with some perks of its own — and Stunna is taking full advantage.

The Big 4X tour is running all over the country through August 23 when it ends in Stunna 4 Vegas’s home state of North Carolina. Be sure to catch them when they come through your town.

Below are some photos of Stunna 4 Vegas performing at The Fillmore Silver Spring on July 19, 2019. All photos copyright and courtesy of AJ Waugh (@Waufflez).