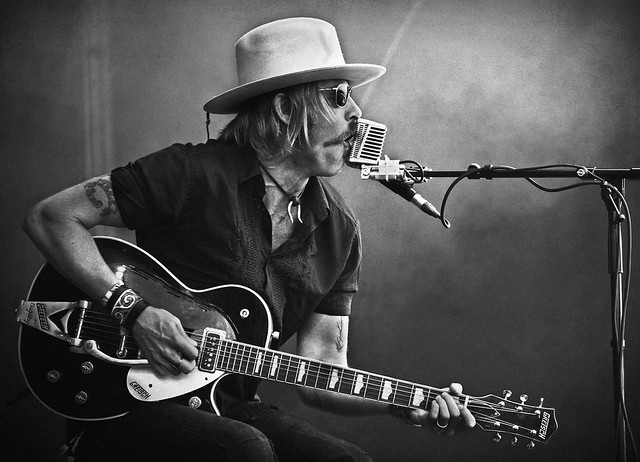 Led by lyricist David Eugene Edwards, formerly of 16 Horsepower, Wovenhand cannot be described in traditional terms. The band’s sound is an organic weavework of neo-folk, post rock, punk, old-time, and alternative sounds, all coming together as a vehicle for David’s soulful expression and constant spiritual self exploration. Sometimes sad and sorrowful and at other times uplifting, Wovenhand are always unforgettable in spirit and sound.

Watch Wovenhand perform “Maize” live at L’Astrolabe in Orleans, France, on YouTube for AstroTV in 2016:

Wovenhand last released Star Treatment, an eighth studio album, in 2016. In a review for Stereogum, Tom Breihan said David has been treading some of the same territory as Nick Cave for a long time.

“His music deals in the same darkness, the same obsessiveness. His songs are steeped in the history of American music, of folk and country and blues, and yet they owe as much to some of the clanging, confrontational forms that followed: punk, metal, hardcore, noise-rock. His songs sound like incantations, like prayers bubbling up from below. He’s not Cave, but he’s cut from the same cloth,” Tom wrote.