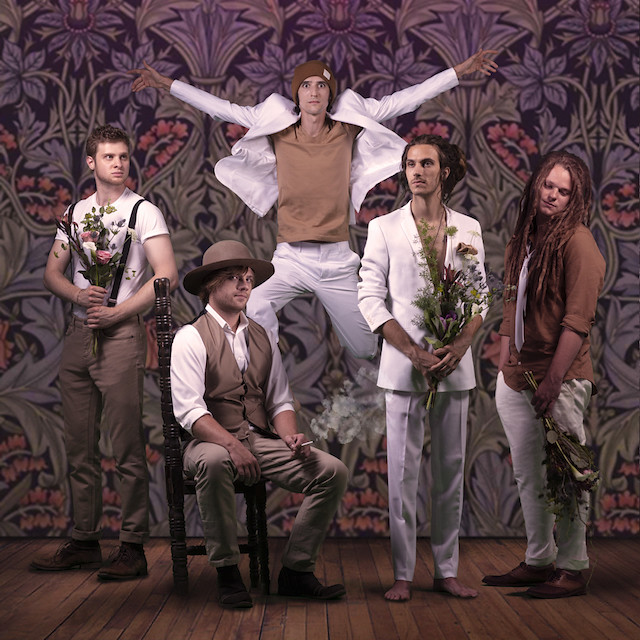 The Way Down Wanderers (Photo by Keith Cotton)

The Way Down Wanderers have an infectious, palpable energy on stage, and their new album received high praise from the Associated Press, Rolling Stone, and No Depression, which said “in addition to songwriting skills wholly impressive for their youth, and their equally admirable musicianship, there is a charisma in their sound accompanied by a positivity that proves infectious.”

Watch the official music video for “Illusions” by The Way Down Wanderers on YouTube:

In addition to their admirable songwriting and musicianship, No Depression said that “there is a charisma in their sound accompanied by a positivity that proves infectious,” and nothing is more infectious than The Way Down Wanderers’ live shows.

Their set features foot-stomping sing-alongs, drummer John Merikoski’s infamous spoon solos, and intimate acoustic encores performed in the audience. Since releasing their self-titled debut in 2016, The Way Down Wanderers have built a devoted grassroots following while touring almost nonstop. And they create a communal atmosphere among their fans that makes the experience feel more like hanging out with longtime friends.