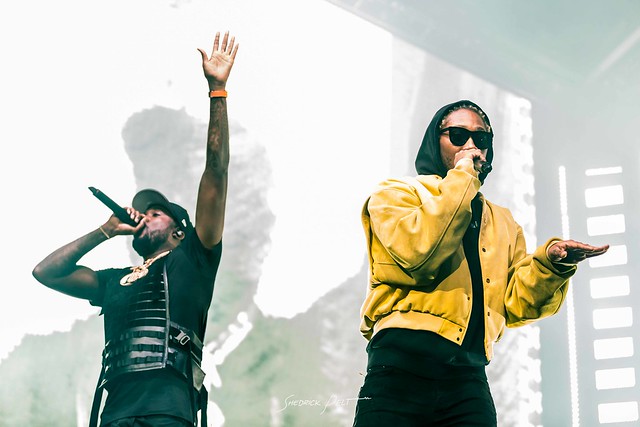 “Legends are made, not born.” Enter Meek Mill and Future — two of hip hop’s most powerful artists, crisscrossing the nation on a 20+ stop summer tour, that could only be done justice under the banner of Legendary Nights.

Sept. 17, Bristow, Virgina. The culture is thick. Freshly done hair, colorful nails, and perfectly coordinated outfits fills the amphitheater seats at Jiffy Lube Live, like they brought the nightclub outside a la Night at the Roxbury. The crowd is patiently waiting when a change in stage lights signals the start of a mental countdown to showtime. Meek and Future are not out here to do it all themselves, though. Leading the charge in your field comes with the opportunity to spread the love.

Megan Thee Stallion — a special guest and easily one of the hottest artist in the game — opened the show with her smash hit “Big Ol Freak,” instantly taking the sex appeal from 0-100. Her jeweled outfit flickered in the stage lights as she dropped it to the floor and back up again. The high energy performance left the sold-out crowd even thirstier for this legendary night to live up to its namesake.

Up next, West Coast affiliates YG and DJ Mustard opened with a powerful tribute to the Slauson Legend Nipsey Hussle. YG’s red solo cup swanged around the stage as he gangsta walked to classics from his lengthy discography. His outfit paid homage to a vibrant LA latino community with a Mariachi Band inspiration. Mustard worked the turntables with his foot on the gas all night, giving the crowd exactly what they wanted as they sang word for word to some of hip hop’s biggest hits. Now the night was primed and ready for an explosion.

The left coast set ended and the lights went black. Hisses and pops from the fog canons fired. Images of Roman-style marble busts of the much anticipated headliners flashed on giant LED screens. Meek opened with an introspective and gracious monologue. He’s come a long way to get here, and not just in distance cuz Philly is right down the block. He’s come from a place where his freedom wasn’t guaranteed, a place where a rap beef could’ve taken food off his table. Fast forward to his Roc Nation deal, a documentary series on Netflix, the acquisition of LIDS, and a nationwide tour with the big homie Future — Meek has surely locked in his legacy as a champion.

Watching Meek and Future on stage, it stood out how much these two complement each other’s performance style. Meek’s barbarously lyrical cadence paired with Future’s highly choreographed syrup flow — and the cloud of smoke wafting from the back of the venue created the perfect igniter to set this thing off! Dancers floated effortlessly between the two all-stars while images of wax figures melting and napalm fires materialized on the big screens. “Fuck Up Some Commas” came on, and its lift off! We quickly reached cruising altitude. Next stop, Pluto.

Watch the official music video for “Fuck Up Some Commas” by Future on Youtube:

Legendary Nights Tour will continue to make its way around the country through the end of September. Be a witness to history! Below are images from a prophetic night with Meek Mill, Future, YG, DJ Mustard, and Megan Thee Stallion at Jiffy Lube Live on Sept. 17, 2019. All images copyright and courtesy of Shedrick Pelt. 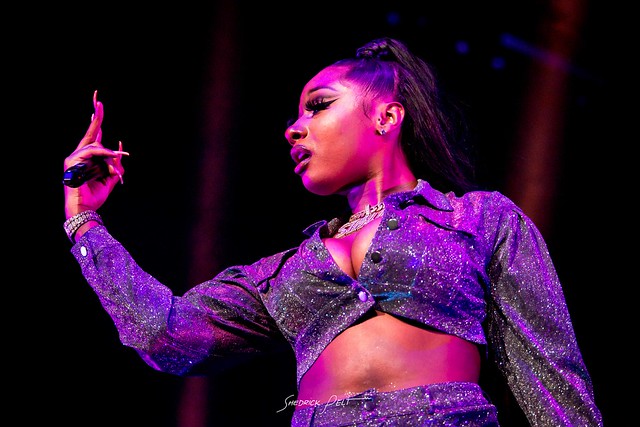 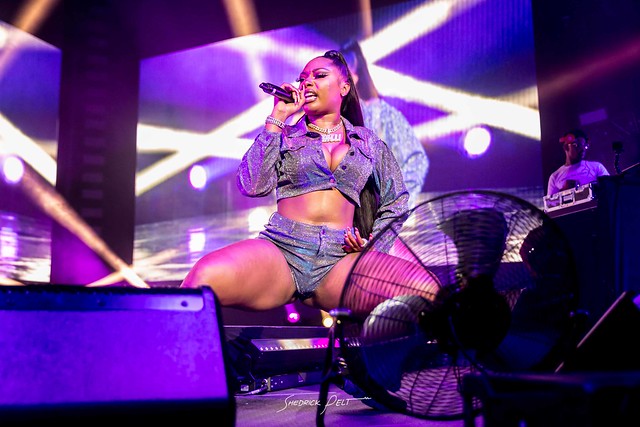 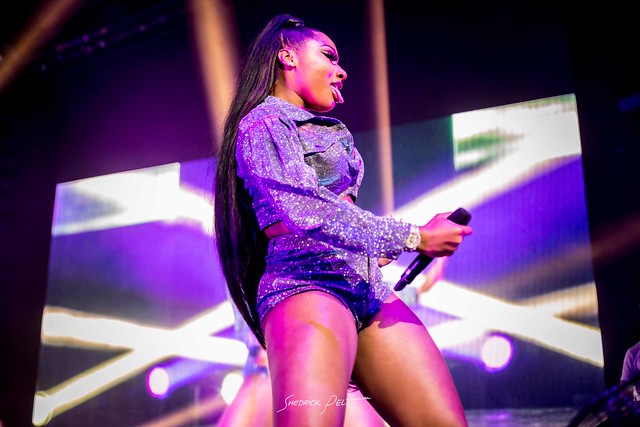 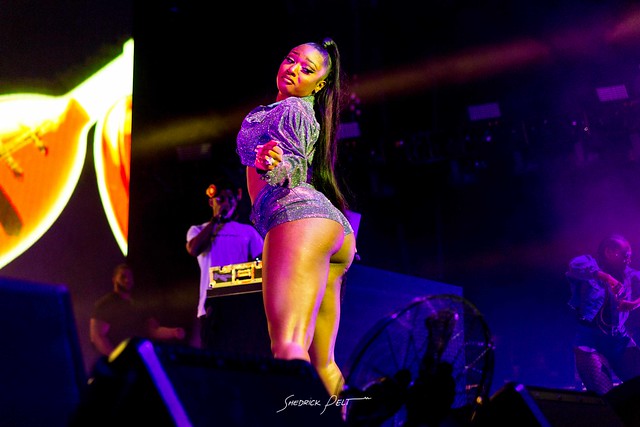 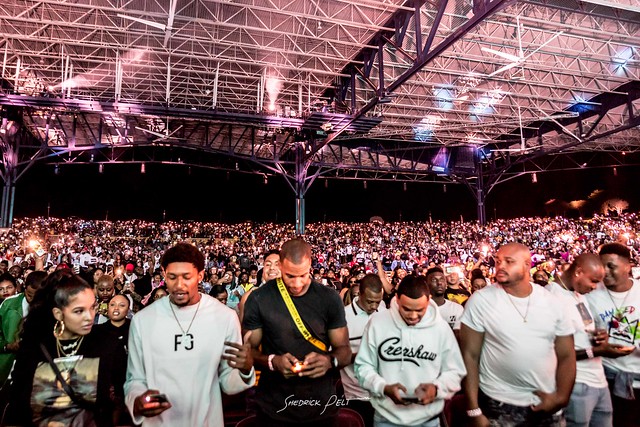 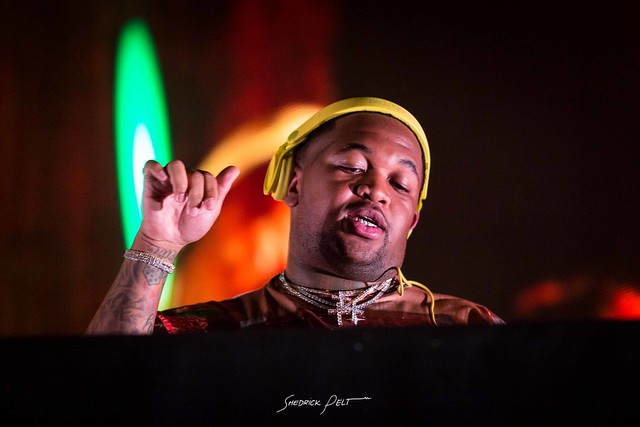 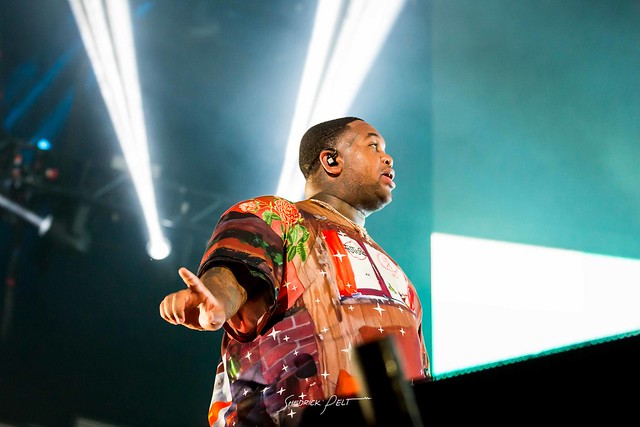 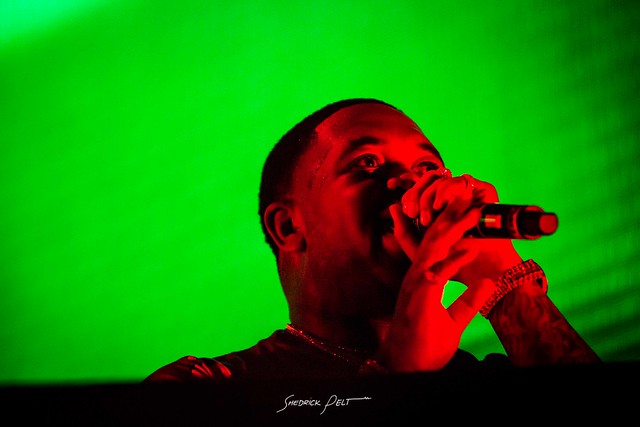 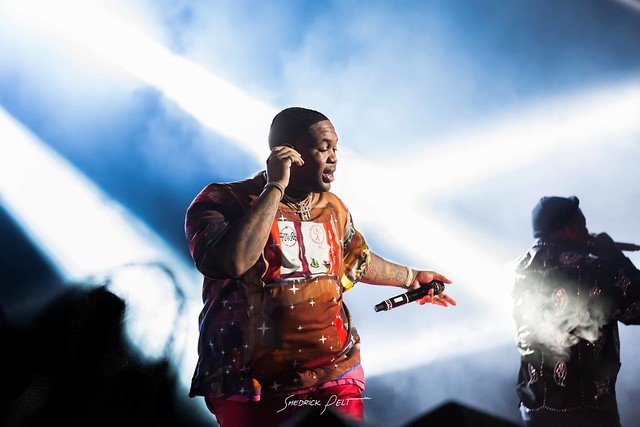 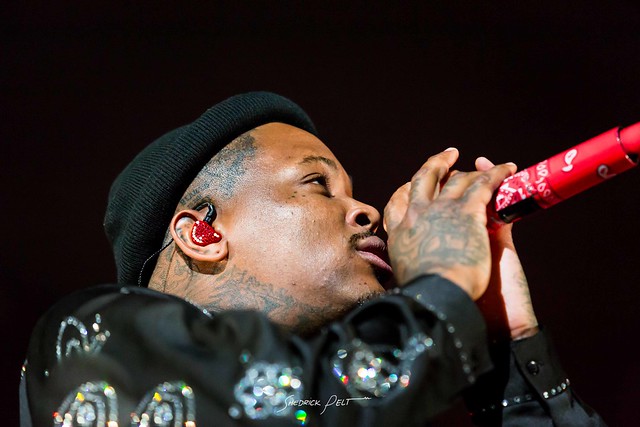 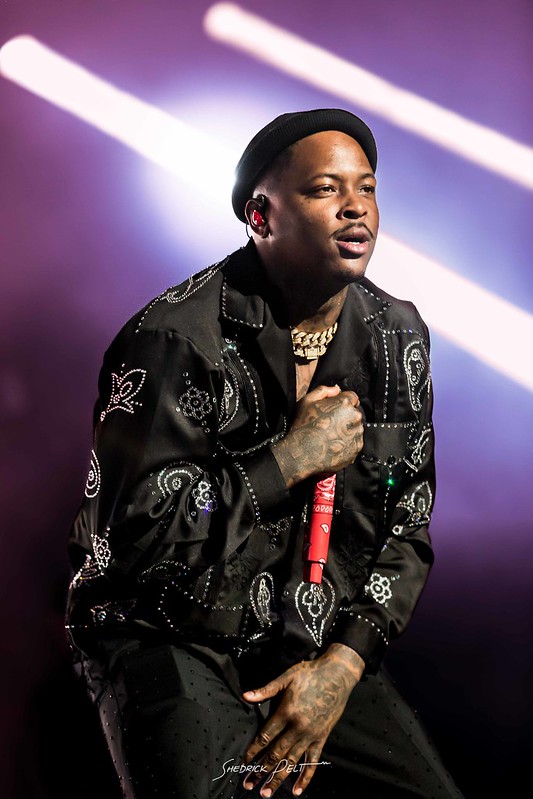 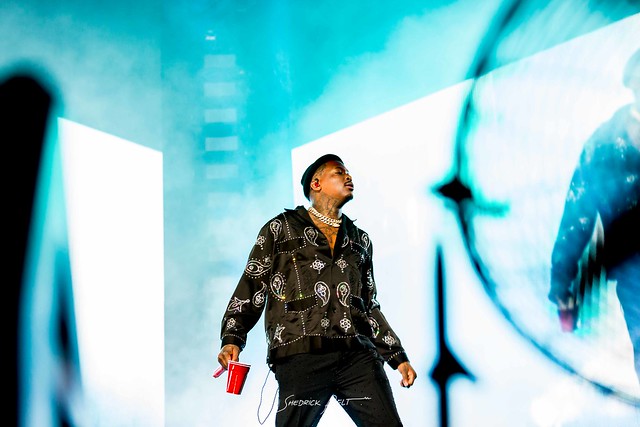 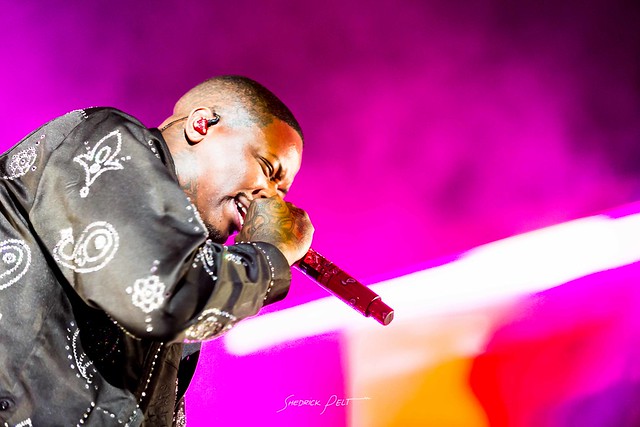 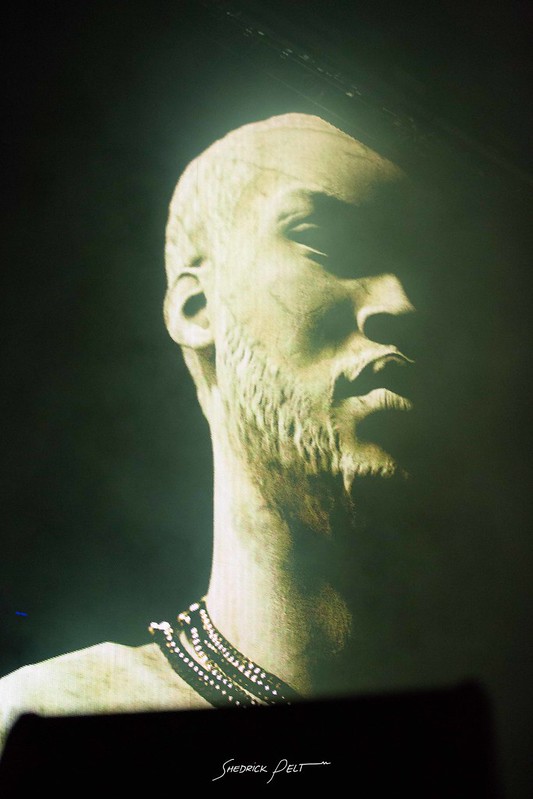 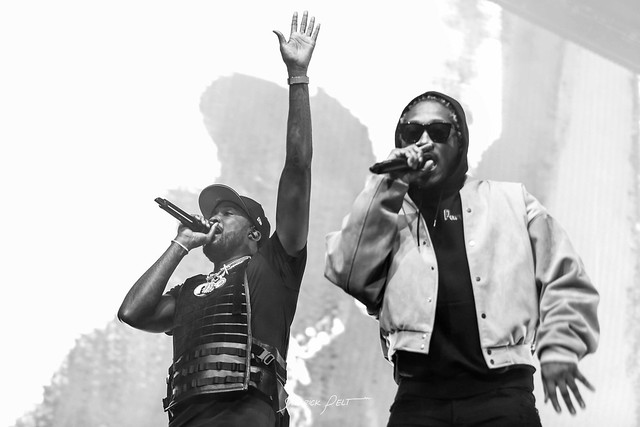 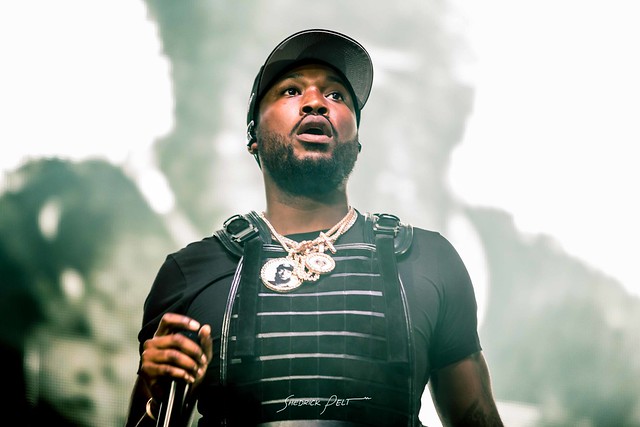 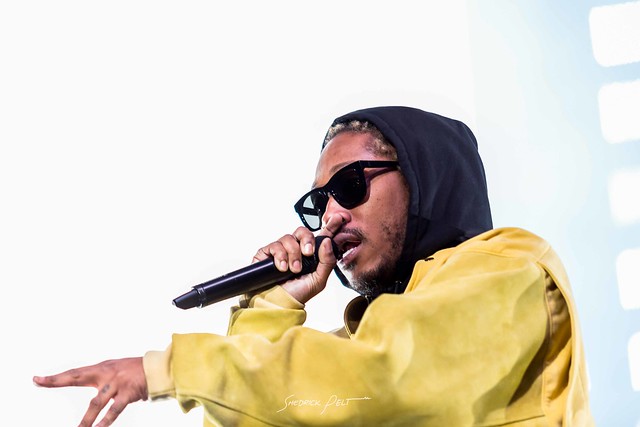 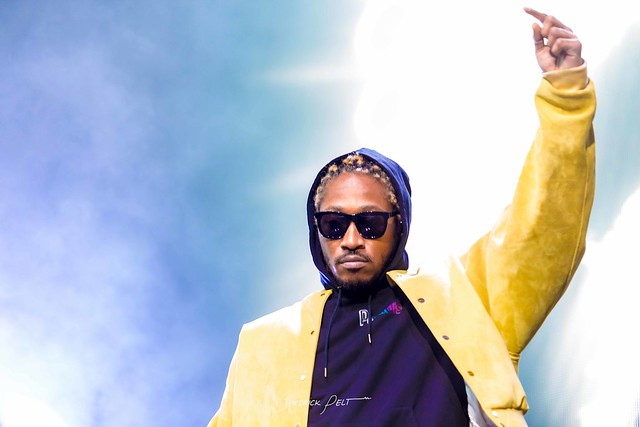 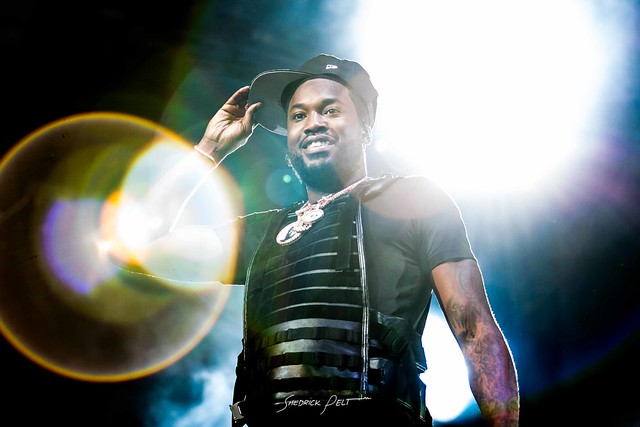 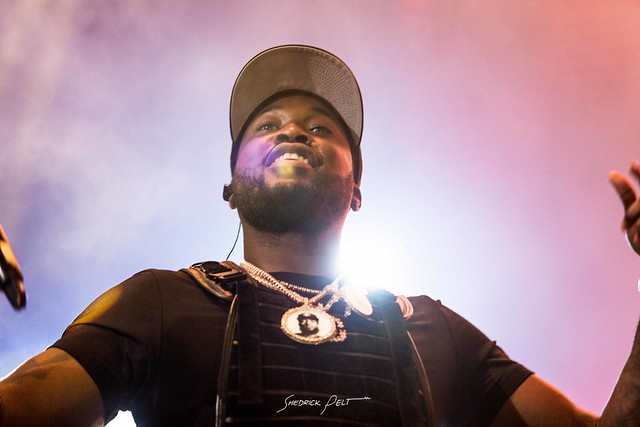 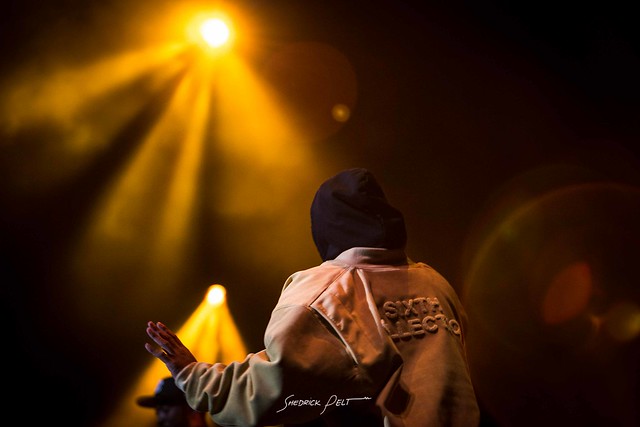 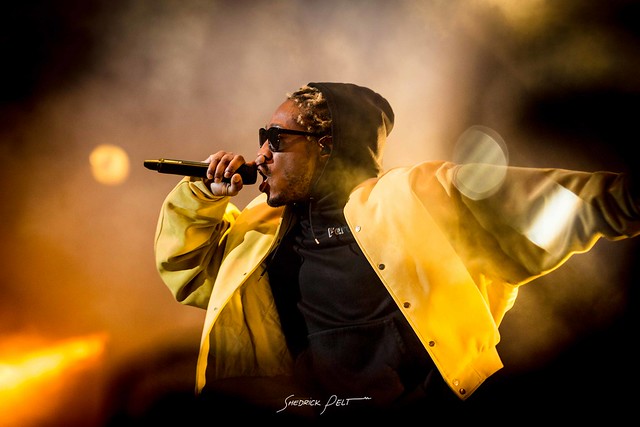 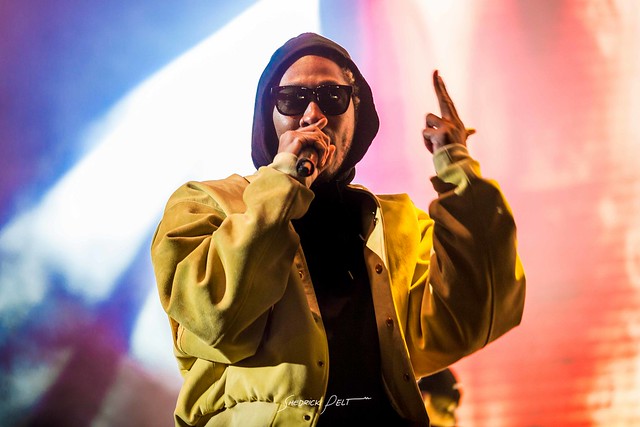