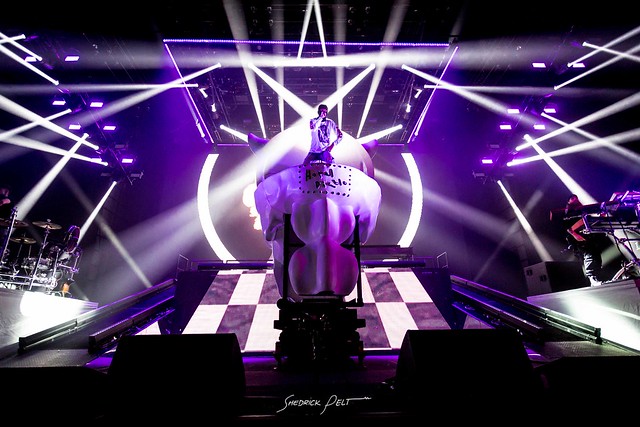 A thug and his/her gun has been synonymous with takeovers and revolutions throughout history. Just notating the pairing, alone, interjects a feeling of unchecked power — a power that adds an air of uncertainty to its presence. “How big can this movement really get?”. “How much will it change everything?”

On Oct. 22 at The Anthem in DC, Young Thug & Machine Gun Kelly’s aim was to clear up any misunderstandings about how much they’ve changed the face of music. The energy surrounding the show could be felt immediately upon entering the waterfront venue. The love for these two artists was evident. MGK merch, twirling drum sticks, and fans ciphering their favorite Thugga verse, in the middle of a sold out crowd, tapped into the ambiance of the moment.

The two are co-headlining in support of recently released projects. Machine Gun’s “Hotel Diablo” and Thug’s “So Much Fun” in which Kelly was a last minute addition. It was a warm fall night and we were excited to see these rock stars in action.

Machine Gun Kelly opened his set perched high above the crowd, in a 20-ft. tall rotating horned skull, rapping his ass off. As he hopped down from the goulish set situated dead center of the stage, he ripped off the ski mask covering his face and tossed it into the amped up crowd. With the “Xx” branded kit now spotted stage left, we all knew the drum solo wasn’t far behind. This was a skillset perfected during the filming of the NETFLIX movie “The Dirt,” where Kelly played Mötley Crüe’s enigmatic drummer Tommy Lee.

Moments later, Kelly disappeared behind a now pitch-black stage. Still singing out with his mic and guitar in tow, he reappeared two floors up in the mezzanine. Watching the crowd, he’s all but whipped into a rock ‘n’ roll frenzy. What a showman!

Thug’s entrance reminded me of a UFO landing. Green clouds of smoke moonwalk across the stage as he rose from the depths of The Anthem, coke white fit, looking like a fallen angel. His familiar cadence told stories of trials and tribulations all the while giving a glimpse into the lavish life of the “Slime.” Bondage chains and attachments adorned his body alongside his iced out neck and wrist put a slight chill in the air. This was chess not checkers. Kelly joined him on stage for their joint track “Ectsacy,” leaving us all thinking “did we take the red or blue pill?”

Below are images from a special night with Young Thug & Machine Gun Kelly at The Anthem on Oct. 22, 2019. All images copyright and courtesy of Shedrick Pelt. 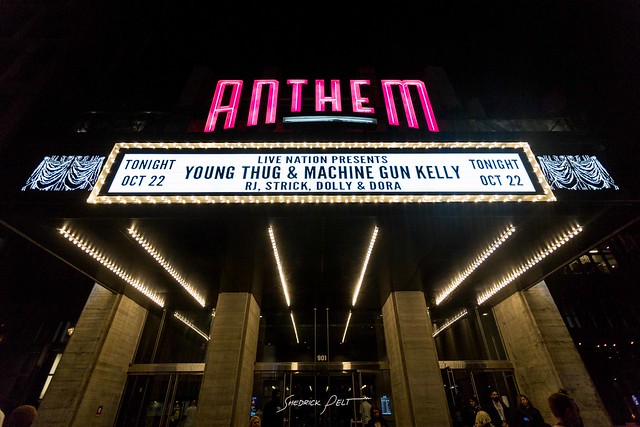 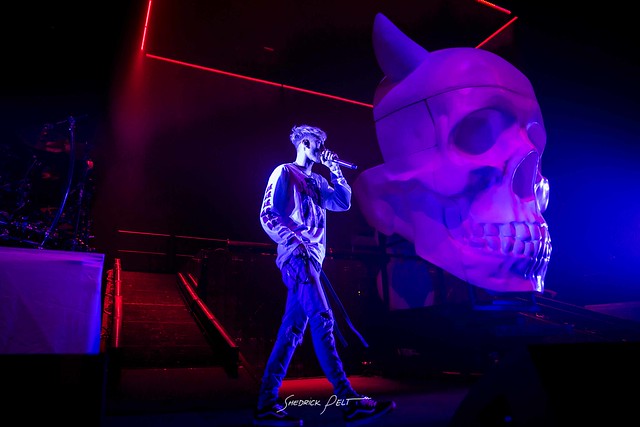 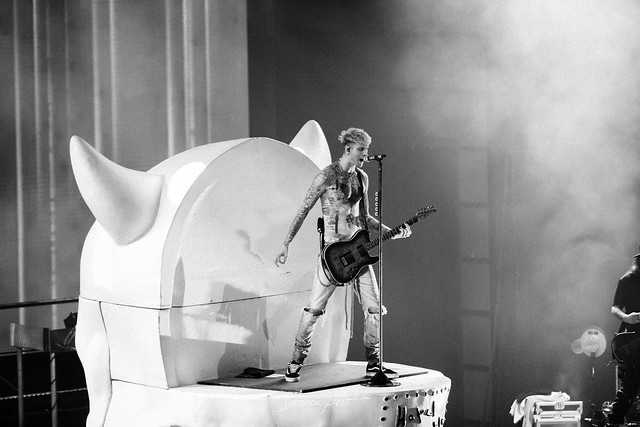 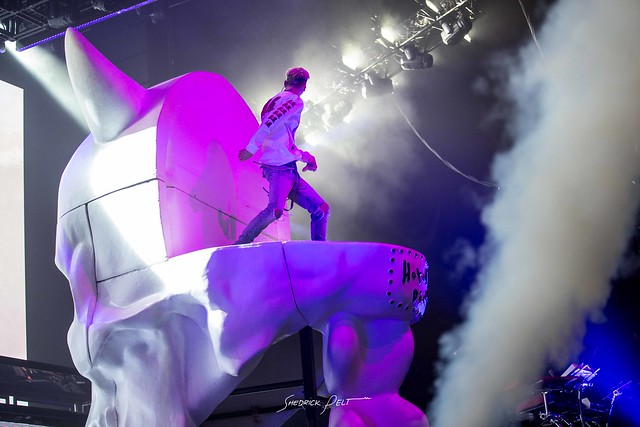 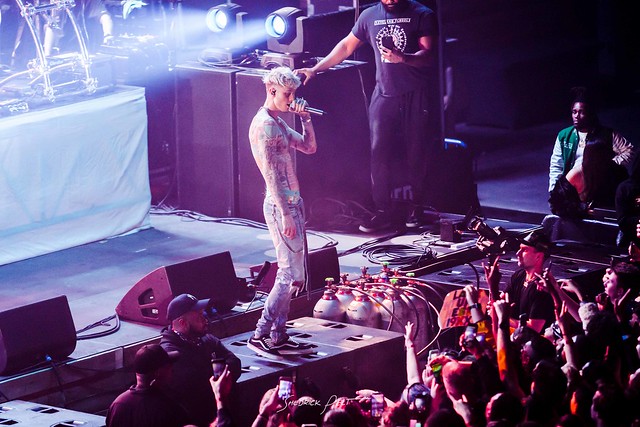 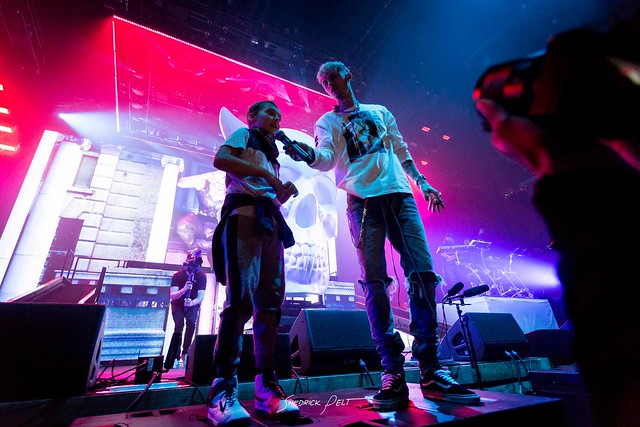 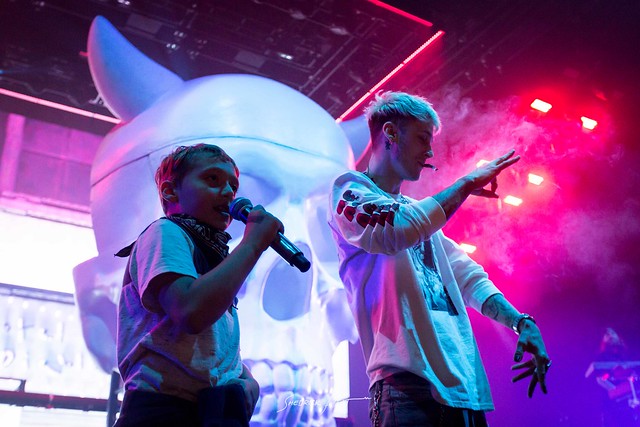 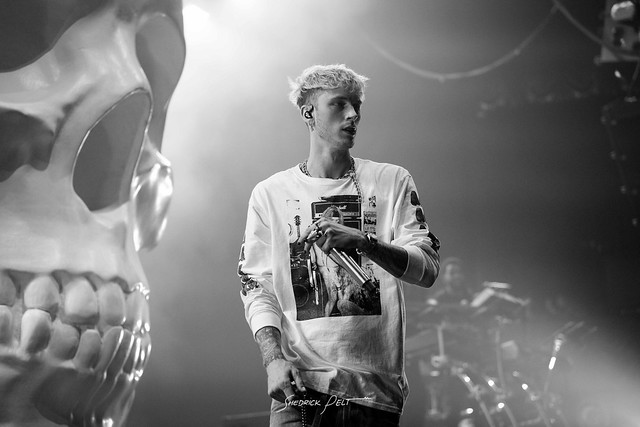 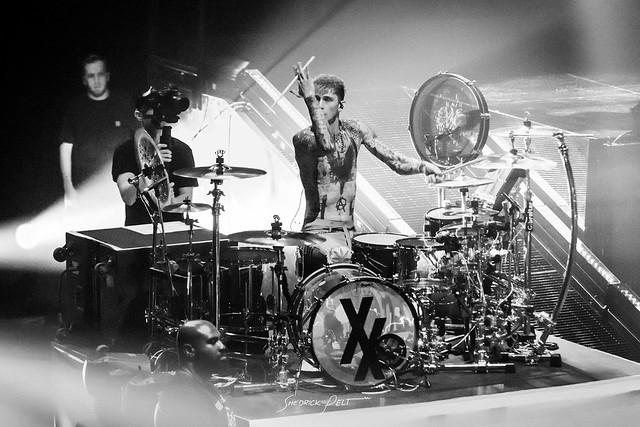 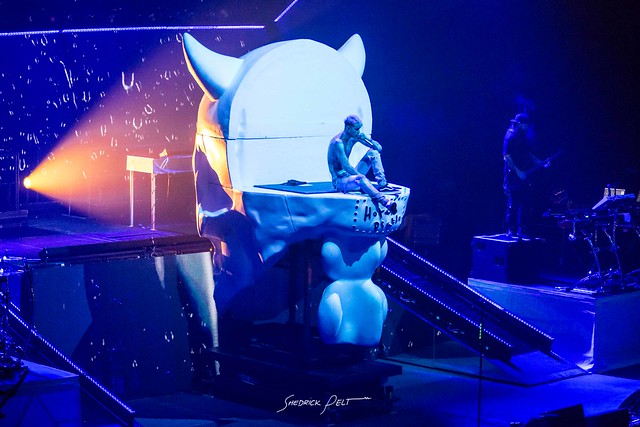 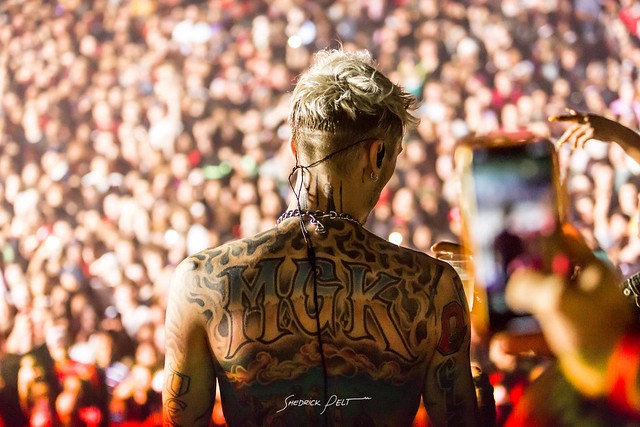 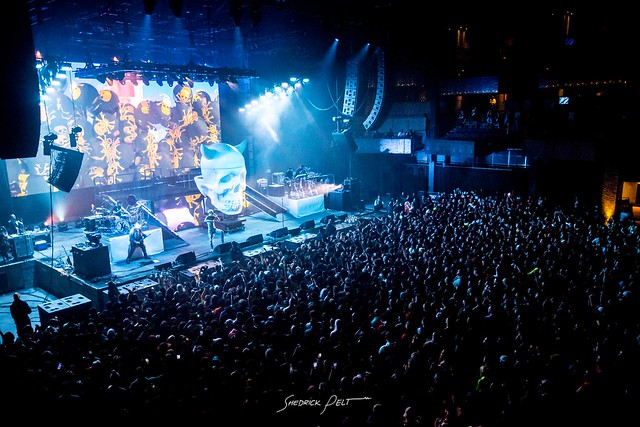 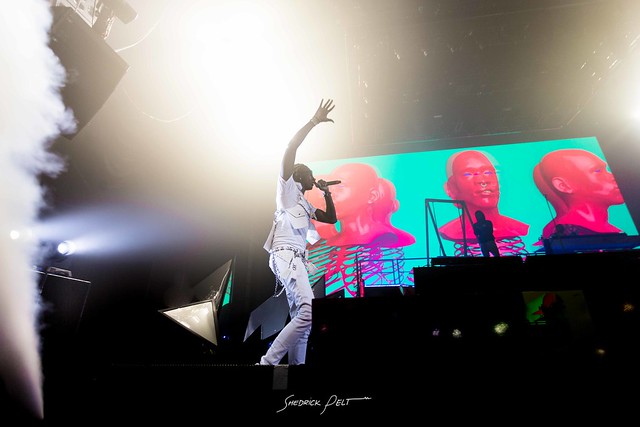 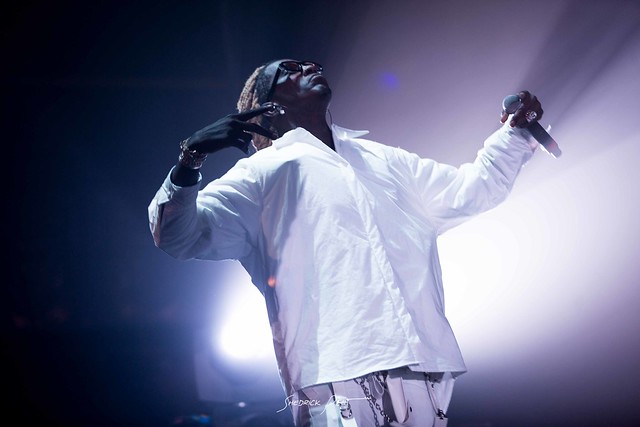 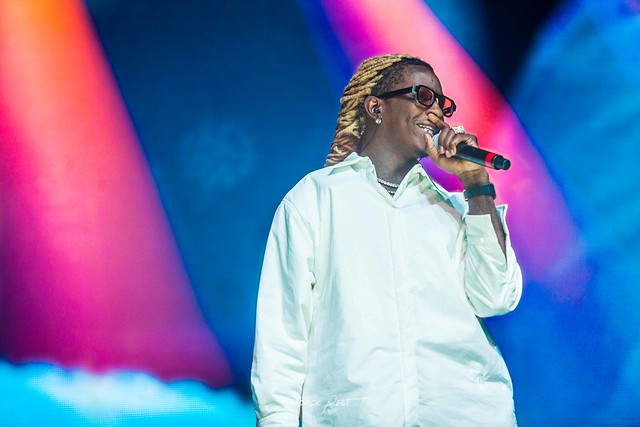 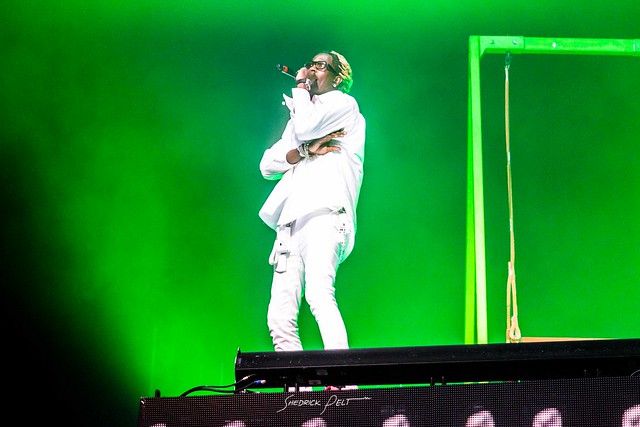 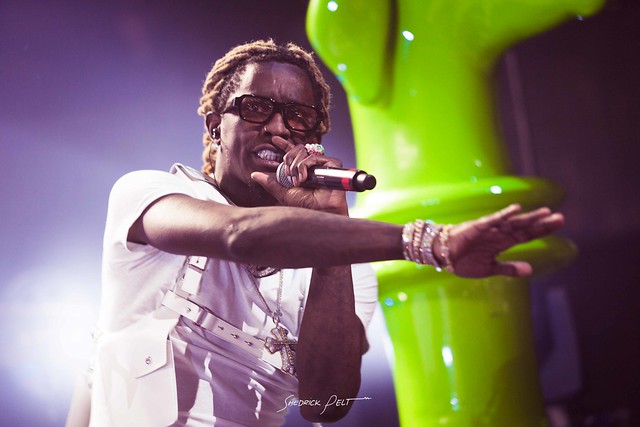 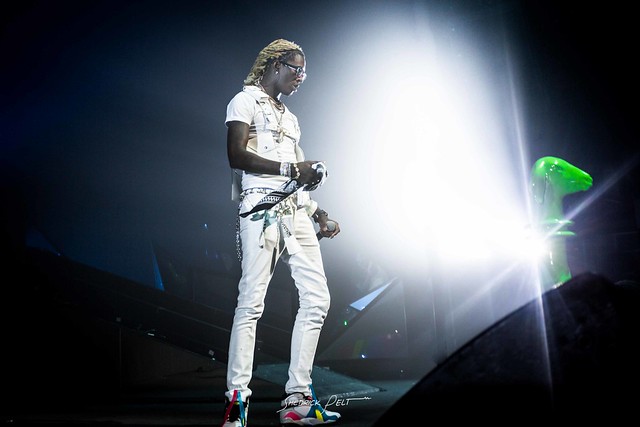 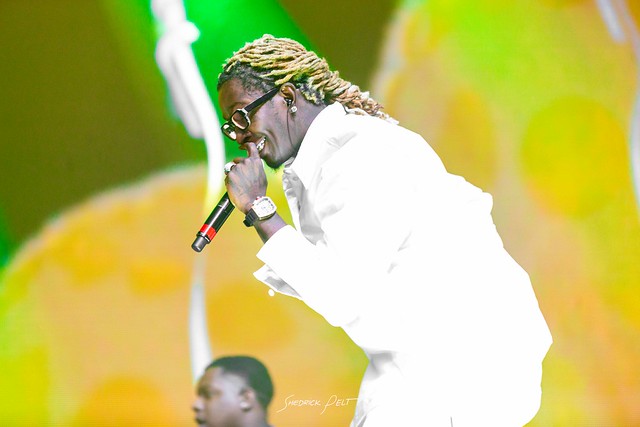 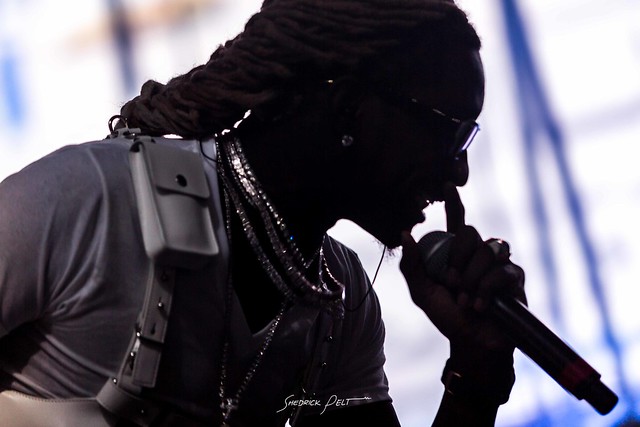