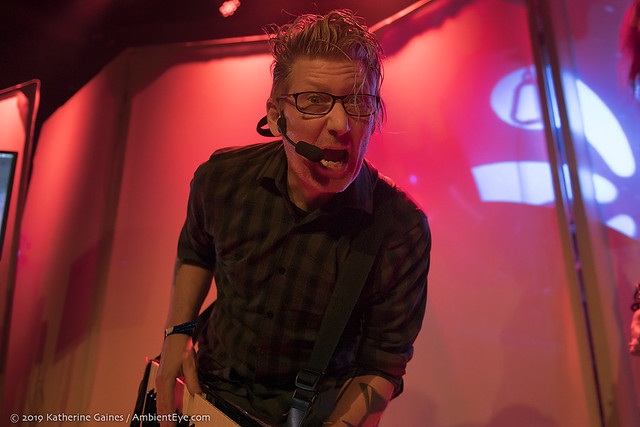 Roy Retrofit has a song to play at Baltimore Soundstage on Nov. 20, 2019. (Photos by Katherine Gaines)

On Nov. 20, Red This Ever seized their hometown venue with appealing hooks and marauding singalongs as the first band on the bill for Martin Atkin’s collective. The Baltimore-based quartet consists of Roy Retrofit (synths, vocals), Ada Ruiz Retrofit (bass), Matthew Marzolf (drums), and Gabriel Perry (guitars). The band took its mysterious name from a time involving “high school, being anti-social, and D&D,” explained Roy somewhat cryptically in a recent video interview.

Listen to Attack! by Red This Ever on Bandcamp:

Clearly influenced by early Gary Numan, Red This Ever place an emphasis on “rocking out” during their concerts. The band performs in and around Baltimore and DC often, so keep your ears open for their distinctive synth-rock sound.

Learn more about Red This Ever on the band’s website.

Also catch the Retrofits supporting Vanguard, a DC industrial dance night, on the second Saturday of every month at Safari Lounge. (Roy appears as DJ Retrofit; Ada hosts the party.)

Here are some pictures of Red This Ever performing at Baltimore Soundstage on Nov. 20, 2019. All photos copyright and courtesy of Katherine Gaines. 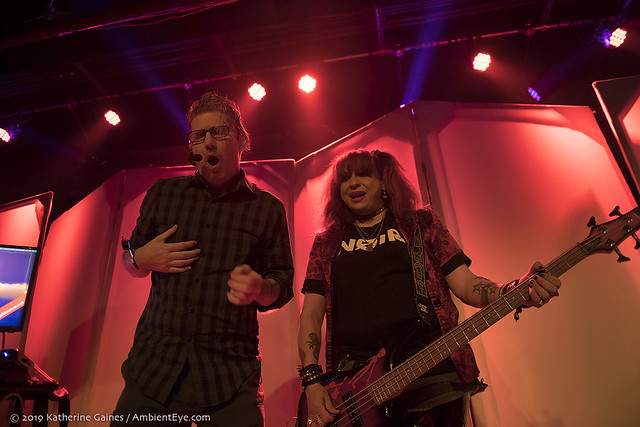 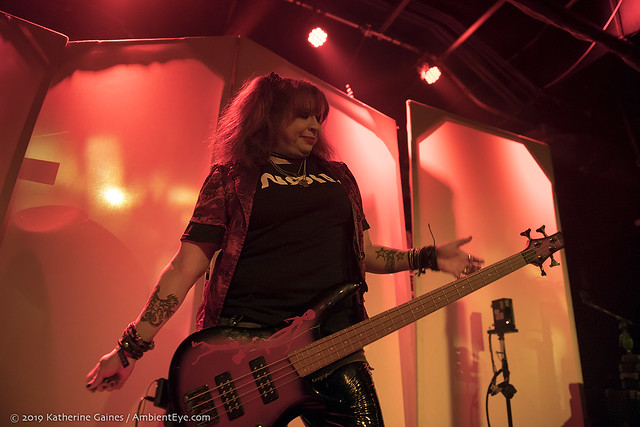 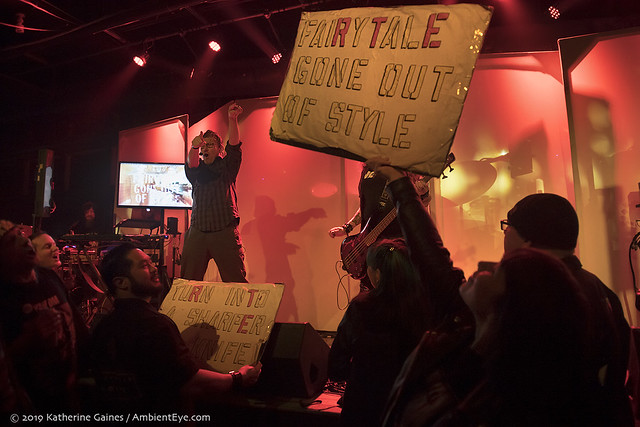 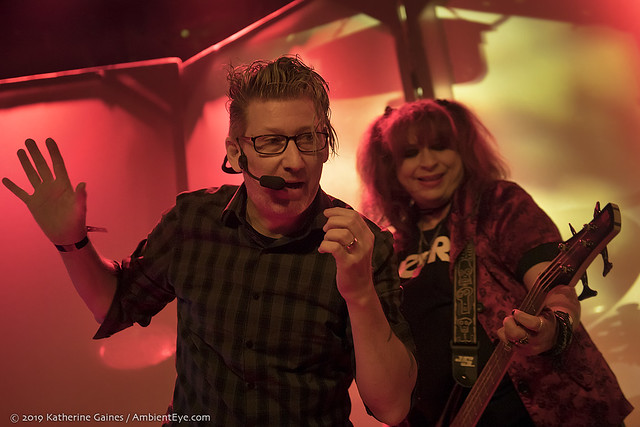 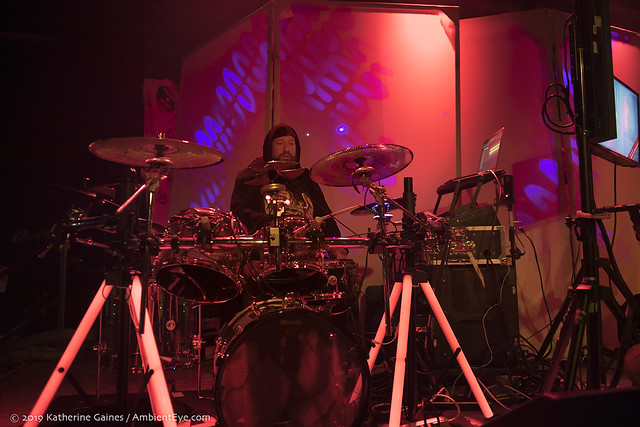 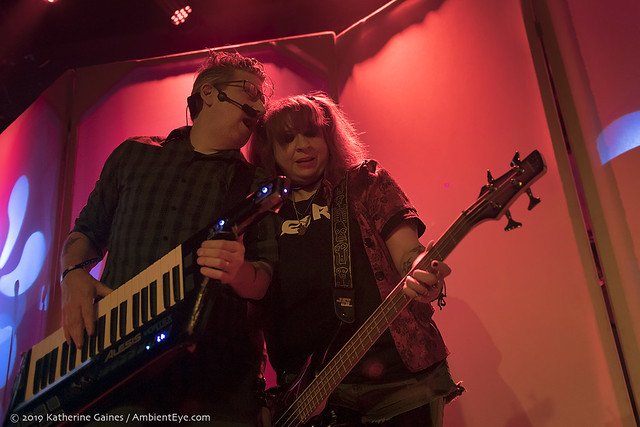 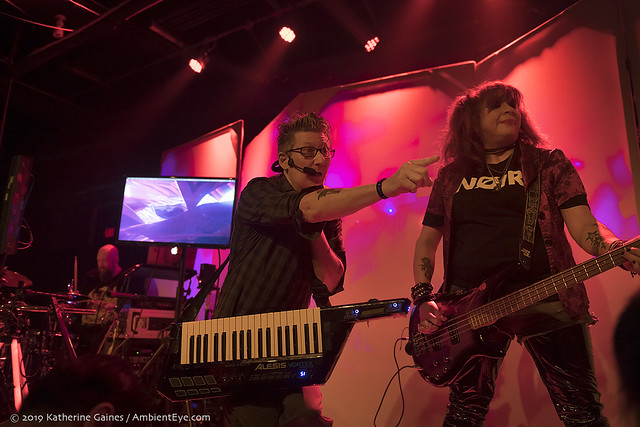