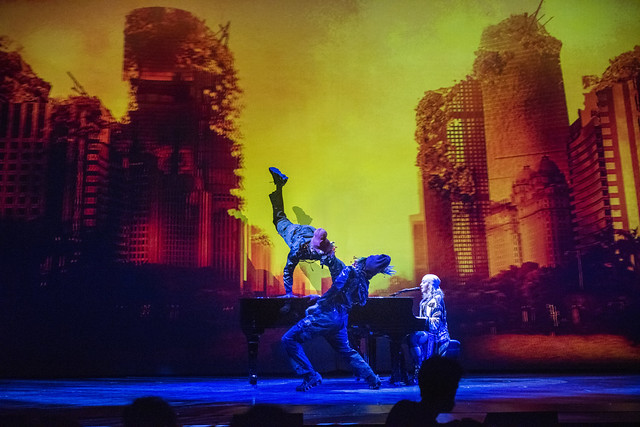 Madonna opened the show at The Met Philadelphia on Dec. 7 with a pair of songs from Madame X — “God Control” and “Dark Ballet” — and squarely kept the album in the spotlight for the duration of more than two hours of song and dance and chat. The night was the first night in a residency at The Met, which hosts her for four shows before she goes to Miami for a string of seven at The Fillmore there.

Sporting the Madame X eye patch, Madonna would take the opportunity between set and costume changes to talk to the audience, sharing her joy to return to stage (particularly after illness sidelined her Boston residency), communing with her children (who appeared on stage at the end of Act I), or auctioning off a selfie.

Yes, auctioning off a selfie! It’s a hallmark of a Madonna show that the artist share an extended personal interaction with a member of the audience. In recent tours, Madonna has called upon a man to write on her back or a woman to dance on her catwalk. On Dec. 7, Madonna snapped a selfie with a polaroid and auctioned the selfie to benefit her charity, Raising Malawi — a nonprofit dedicated to helping orphans in the African country.

In a bid that seemed to even impress Bay City, Michigan’s favorite daughter, a woman claimed the selfie with $3,000 in cash, apparently beating out another $2,000 bid. That auction winner made an exchange with Madonna at the edge of the stage. You might call such a gamble “audacious,” but you also would have to call it “effective.”

Madonna spoke at times of her new home in Lisbon, and she showcased her flourishing interest in globalism by introducing the Orquestra Batukadeiras, who perform with her for “Batuka” in a powerful ensemble steeped in the drum-driven musical tradition of batuque. The Portuguese Orchestre Batukadeiras genuinely surprised and charmed when they streamed into the theatre down the aisles, clad in traditional garb, at the start of the song.

Of course, Madonna also hit the official singles of No. 1 album Madame X, performing “Medellin” toward the end of Act III and “Crave” near the end of Act IV. Her encore consisted of a performance of a single song — “I Rise,” her new protest anthem. 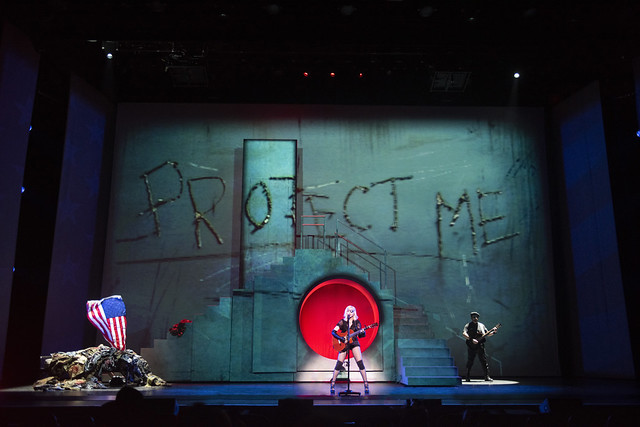 Should you have wanted to see a glimmer of an earlier Madonna, your rewards came in the form of a full-blown dancestorm with “Vogue” in Act II. And other standouts from other albums included a powerful, haunting “Human Nature” from Bedtime Stories and a beautifully languid “Frozen” from Ray of Light.

But that was as deep into her catalog as she would reach that evening — an evening dominated by wondrous choreography, impressive sets, and a global superstar. For her part, Madonna looked to be in great shape, particularly during a handstand at one point in “Human Nature,” and her singing was heartfelt and strong.

You could feel her presence throughout the theatre, and you can love her still although she now belonged to the world. So, how on earth do you express your admiration for an artist who is a global icon? You listen still to what she’s got to say.

Travel with Madonna as she continues her world journey on her website.