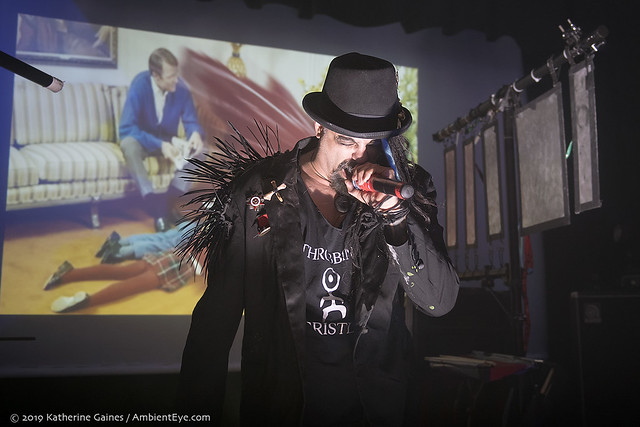 Multitalented Steven Archer wrapped up his recent Stoneburner tour with a hometown show at the Pie Shop. The crowd was full of long time fans and old friends dancing for the latest incarnation of Archer’s solo project — even his mom was in attendance supporting him.

Previously, Stoneburner mostly lacked lyrics in the songs and used belly dance as visuals during live performances. However, touring behind what Steven Archer describes as the industrial album he’s wanted to make for his entire musical career, Steven stepped out as frontman and vocalist for The Belligerence Tour. Backing him at the Pie Shop was Ego Likeness drummer Rick Furr and the exceptionally badass Hemlock MacNamara.

Stoneburner released Technology Implies Belligerence, Archer’s latest full-length album, in July via Negative Gain Production. In October, he followed that up with an EP, Massdriver.

As a painter, Archer is invested in making a Stoneburner show a fully audio visual experience, so he programs all his own lights and puts together the backing videos, as well as building his own drum triggers out of metal sheets. Hemlock MacNamara added a whole new dimension to the production, using whatever limbs she had available to bash the free swinging metal trigger — from high kicks to headbutts.

Each song had its own look, but the underlying theme was self awareness and social consciousness. A string of covers included Consolidated’s “Butyric Acid” and Public Enemy’s “Fight the Power.” Archer’s obvious passion and intelligence, and MacNamara’s acrobatics made for an intense show.

Listen to “Butyric Acid” by Stoneburner vs. Out Out on YouTube:

Here are some pictures of Stoneburner performing at Pie Shop on Dec. 8, 2019. All photos copyright and courtesy of Katherine Gaines. 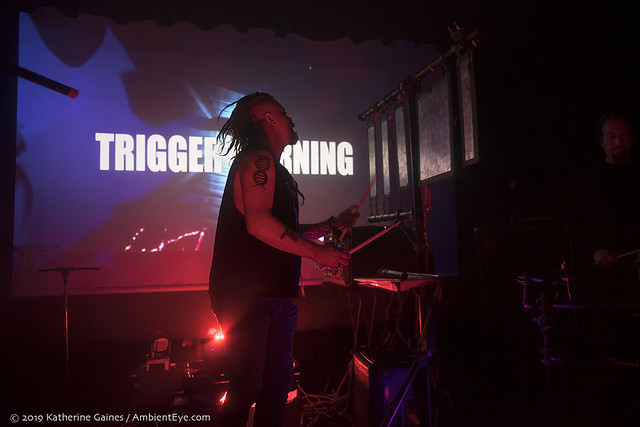 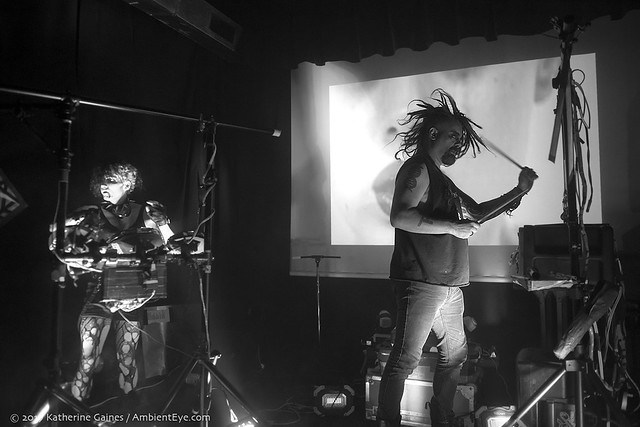 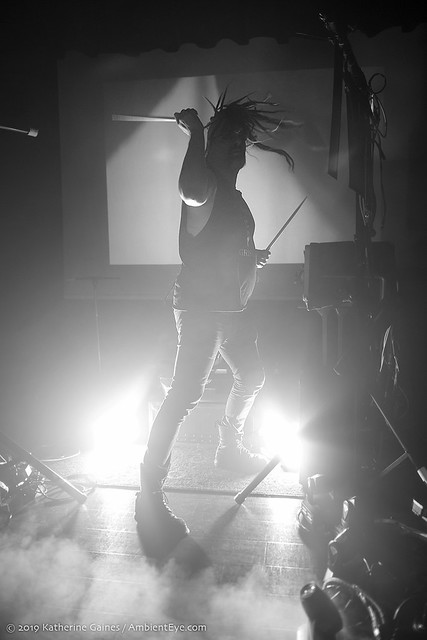 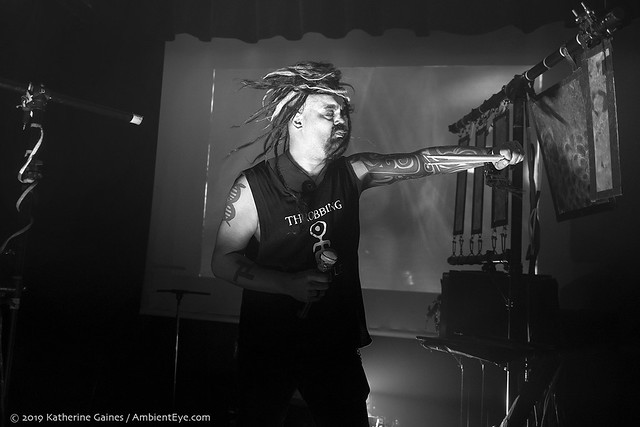 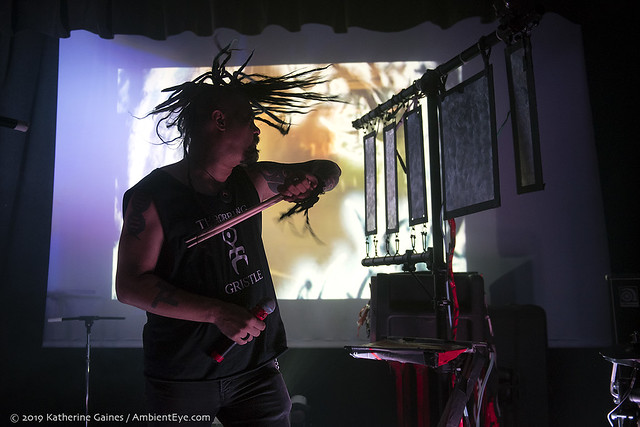 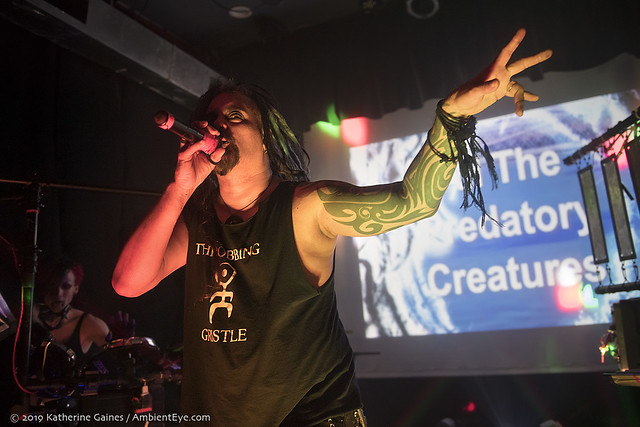 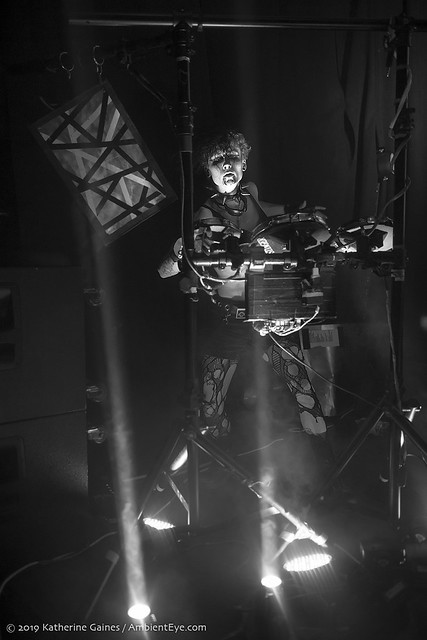 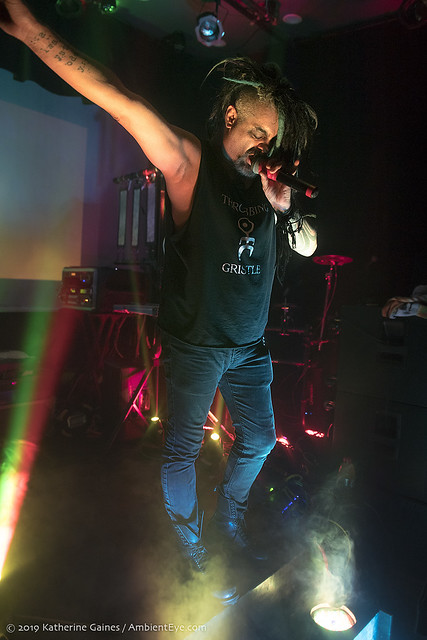 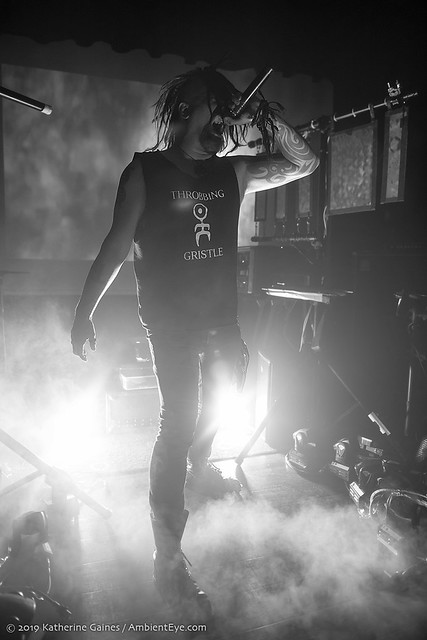 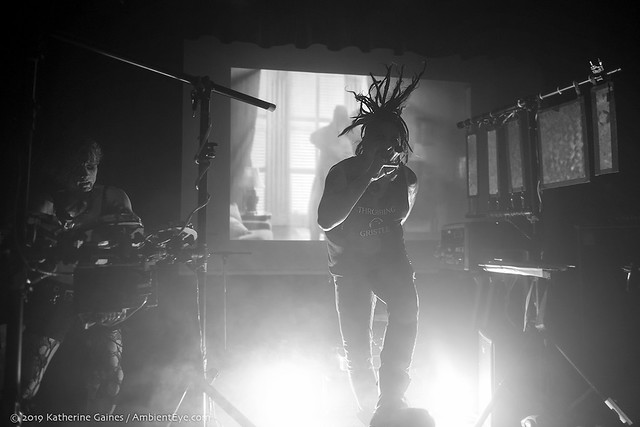 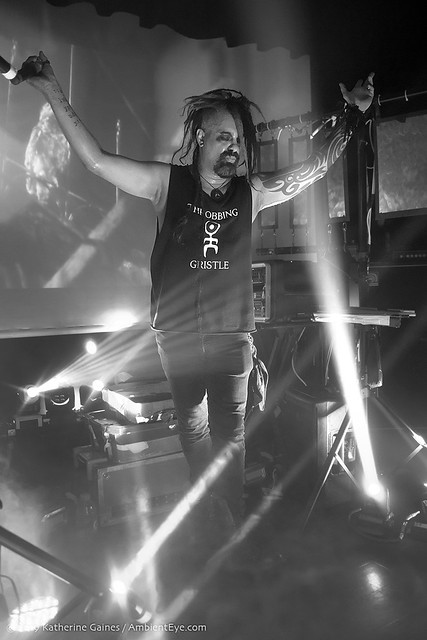 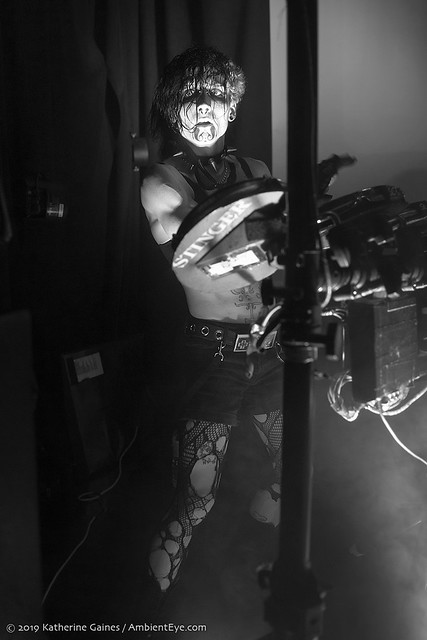 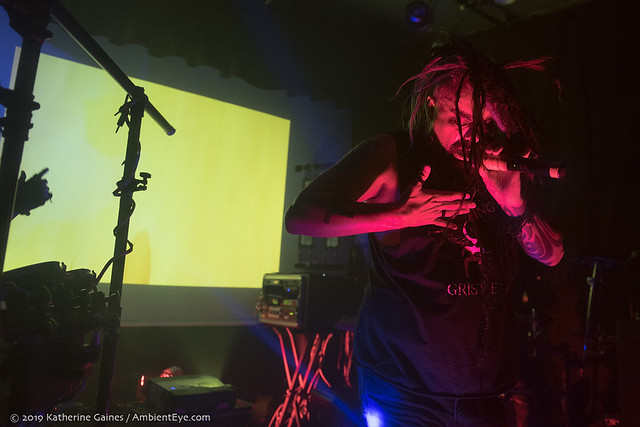 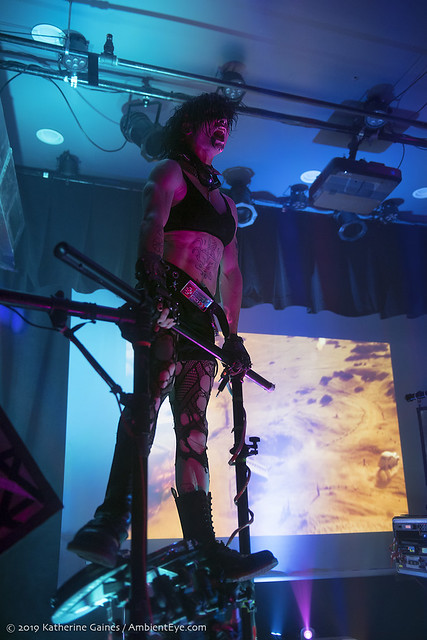 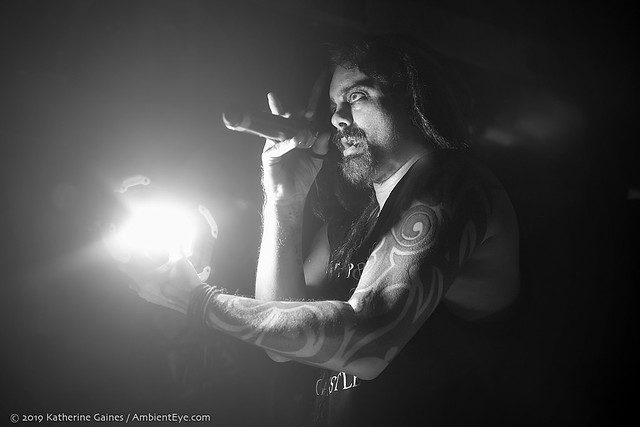 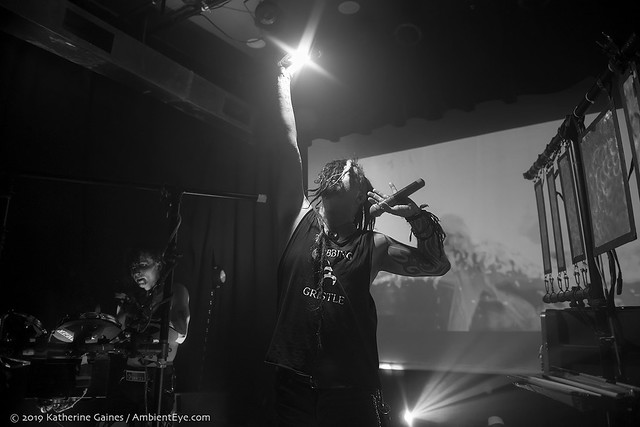 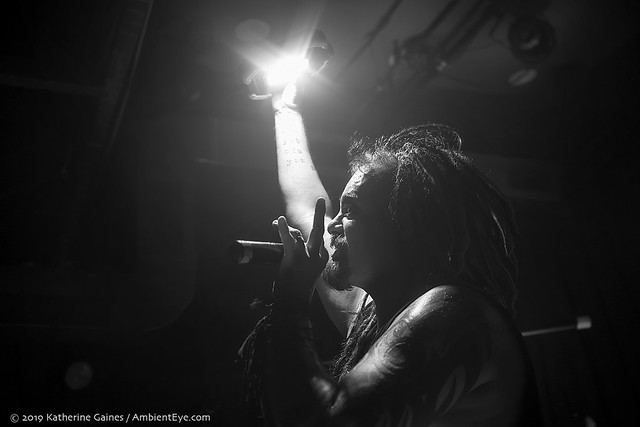 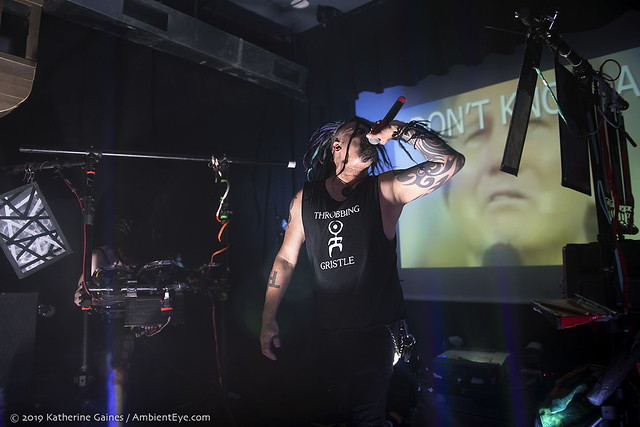 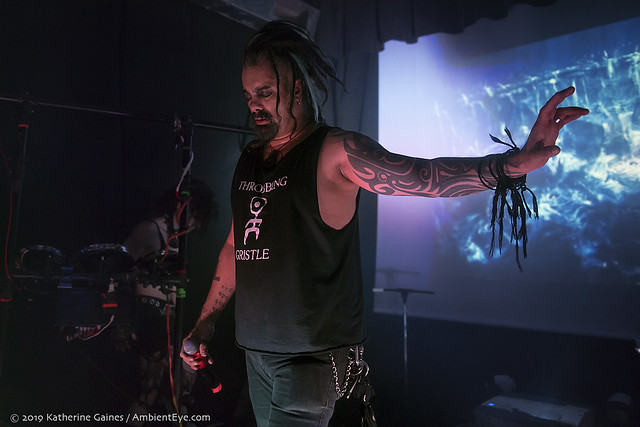 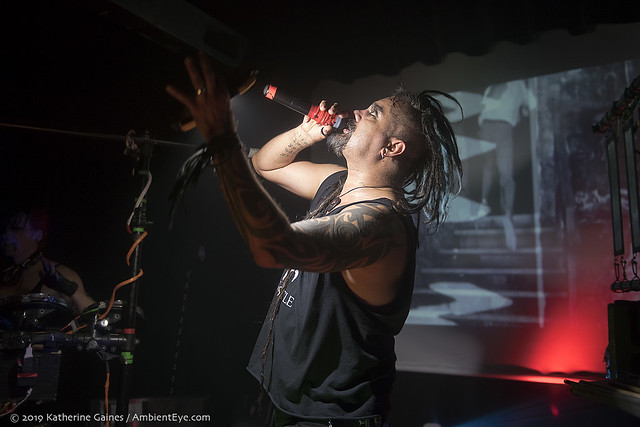