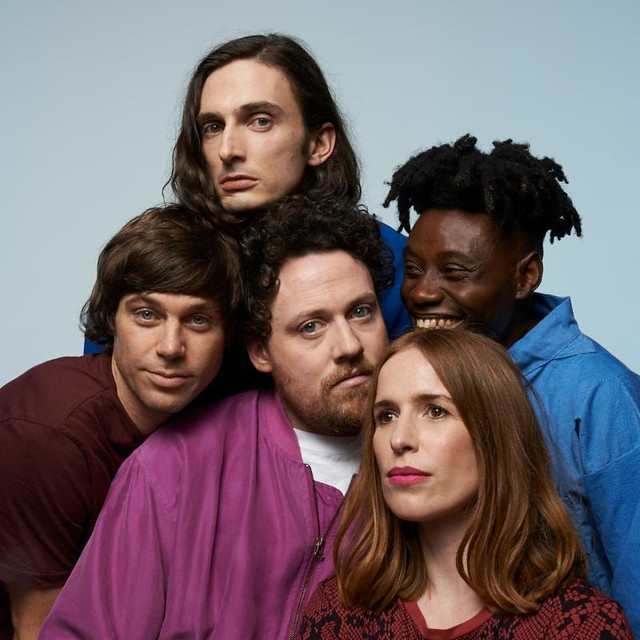 English new wavers Metronomy dropped Metronomy Forever, the band’s sixth studio album, last year via Because Music. Much to our joy, the quintet have included DC on their current North American Tour with a stop at 9:30 Club on Friday, Jan. 31.

The band skipped us last time, so be sure to catch Joseph Mount and company twice as hard this time!

Joseph called upon a variety of inspirations for Metronomy Forever. Most notably, he wanted to replicate the feeling of listening to the radio, with an infinite quality, sumptuous songs of different styles, ever rolling, helping to lighten your mood.

“What happens is when you’re making music and you enter a world where you have achieved some sort of celebrity no matter how large or small you start to think about yourself in terms of legacy and what you’re going to leave behind,” Joseph said. “And then you realise that’s limited to the interest people have in you. In the end, I feel completely comfortable with it. The less importance you place in any art the more interesting it can become in a way… I’m making music, I’m going to do some concerts, I need to feed my children.”

Watch the official music video for “Insecurity” by Metronomy on YouTube:

In a review for PopMatters, Callum Bains reflects our own thoughts on how Metronomy have managed to change their sound with each successive album.

“For a band centered in electronic pop, Metronomy have a surprisingly eclectic sound. From the disco-influenced Summer 08, to the psychedelic-infused Love Letters, through to the sentimental The English Riviera, Metronomy enjoy tinging their sound with subtle changes on each new release,” Callum wrote.

And Metronomy has managed to capture some of those best elements in their latest release.

“Feeling something of a spiritual successor to Nights Out — even emulating the style of its intra-album referential song titles — Metronomy Forever has a welcomed freshness, with much of the album representing the band’s best material from their latest few albums,” the review added.