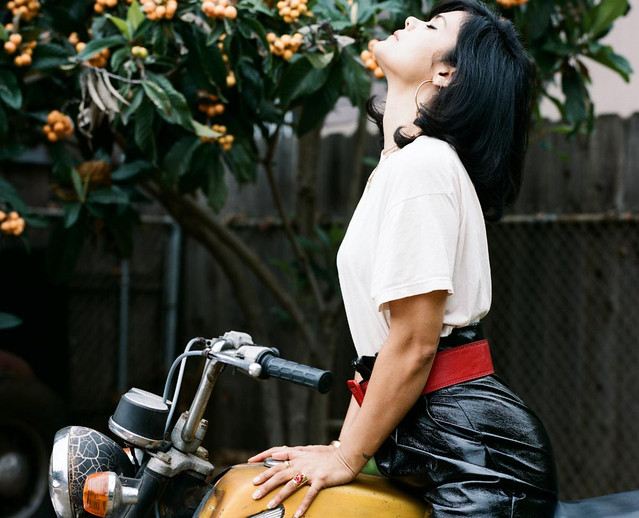 Natasha recorded the live EP in November 2019 at Earth, London. The 4-track EP features a stripped-down cover of Don Henley’s “The Boys of Summer,” a twinkling music box rendition of “Daniel” from Natasha’s second studio album, Two Suns, as well as two tracks from Khan’s critically acclaimed album Lost Girls — a gorgeous, piano-led version of “Desert Man,” and a haunting version of “The Hunger” with Natasha on the organ.

Spanning 10 tracks, Lost Girls has been heralded as another diamond in Natasha’s incredible catalogue. If her last album, The Bride, was melancholy and mournful, a tone poem of loss and regret, Lost Girls is her mischievous younger sister, widescreen in scope and bursting with Technicolor intensity. It’s an album for driving in the dark; holding hands at sunset; jumping off bridges with vampires; riding your bike across the moon.

Within the women of Lost Girls and her character Nikki Pink, Khan unfolds elements of herself; within these songs, we do the same. Filled with gauzy, ’80s-esque power ballads, Iranian-inspired beats, and the sort of epic sonics reserved for film credits rolling up a screen, Lost Girls is a noir, supernatural night-riding adventure.

Watch the official music video for “The Hunger” by Bat for Lashes on YouTube:

“Natasha Khan’s latest is a synthpop love letter to the ’80s sci-fi and fantasy films of her youth… Lost Girls is richest when Khan puts her own devilish spin on those sacred texts, like the beats that boil and bubble under the shimmering disco of ‘Feel for You’ or the mutated and masochistic Giorgio Moroder banger ‘So Good,” said Pitchfork in a review of the album.